The Bartow-Pell Mansion is located in the extreme northeast section of the Bronx borough, within Pelham Bay Park.
In 1654, a British doctor living in Connecticut, Thomas Pell, purchased 9000 acres from the Siwanoy tribe of the Wappinger Native-American Confederacy, and King Charles II employed it as the Manor of Pelham in 1666. His nephew, Sir John Pell, was willed the land, and finished building a house on the shores of Long Island Sound in 1670 (which is now gone).
By 1770 the estate was whittled down to 220 acres. and then purchased by Herman Leroy in 1813. A descendant of the Pell family, Robert Bartow, bought it back in 1836, and construction soon began on the house that now sits on the property, which was finished in 1842. 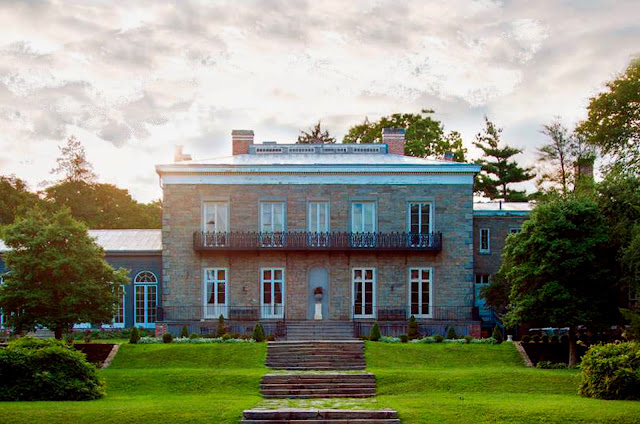 Built in a Federalist form, the architecture also blended a Grecian style of stone work, and the interior was designed in the Greek Revival spirit. 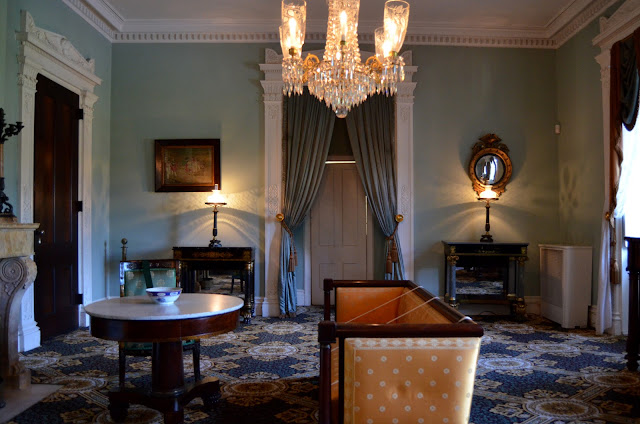 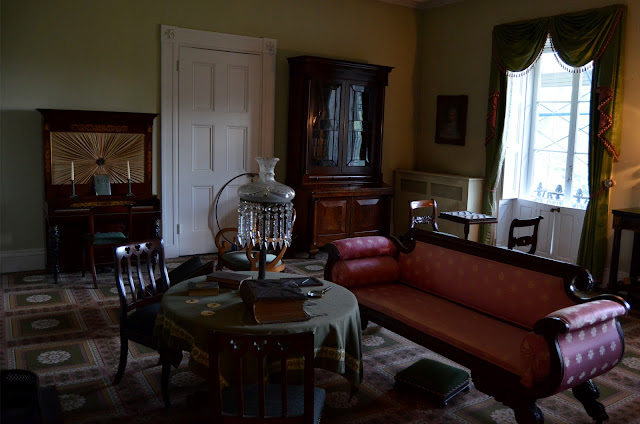 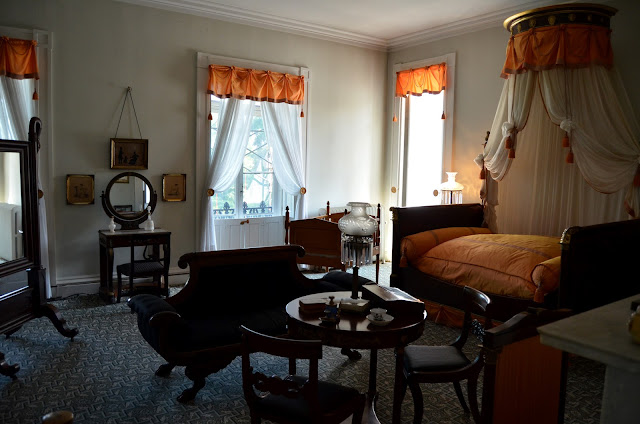 The land and home were owned by the Bartow-Pell family until 1888, when it was sold to the state of New York. It laid in ruin for some time, until it was leased to horticulturalist Zelia Hoffman in 1914 to use for her group, the International Garden Club. By 1917, the garden was restored to its current glory. 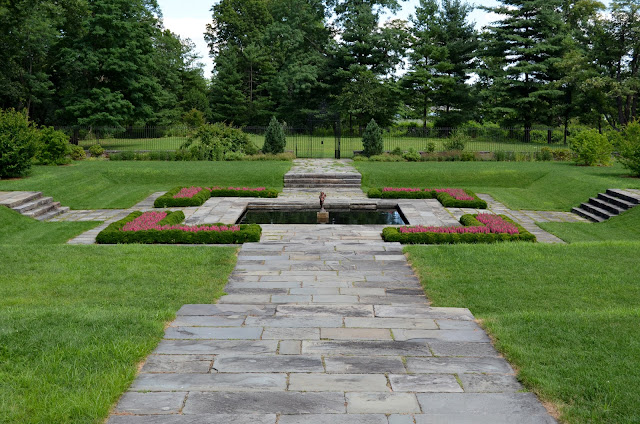 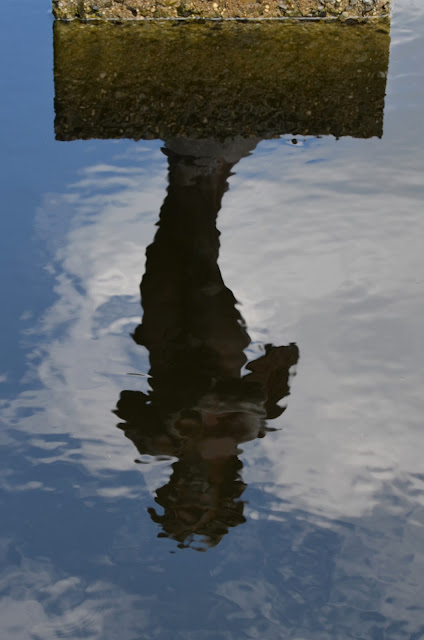 The group then turned their attention to the house, where they rebuilt the beautiful spiral staircase. 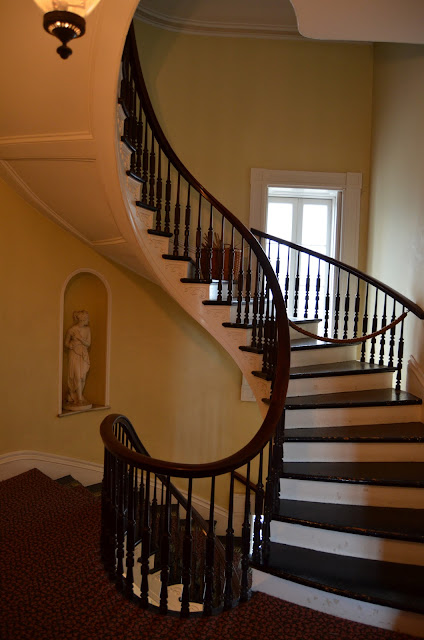 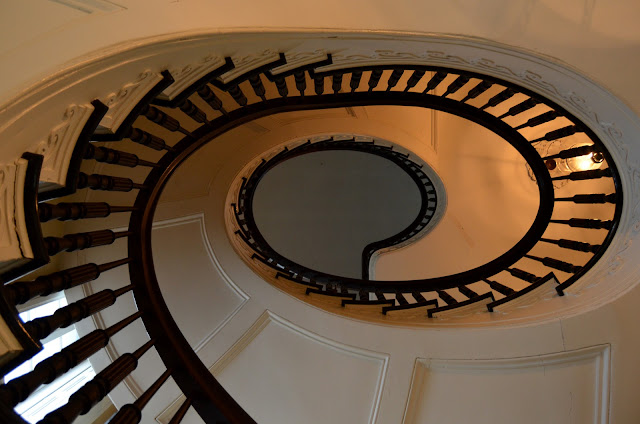 One of the rooms still holds a piece of what is called the "Thomas Pell's Treaty Oak"; the only tree to receive an obituary on the front page of The New York Times (April 9, 1906). 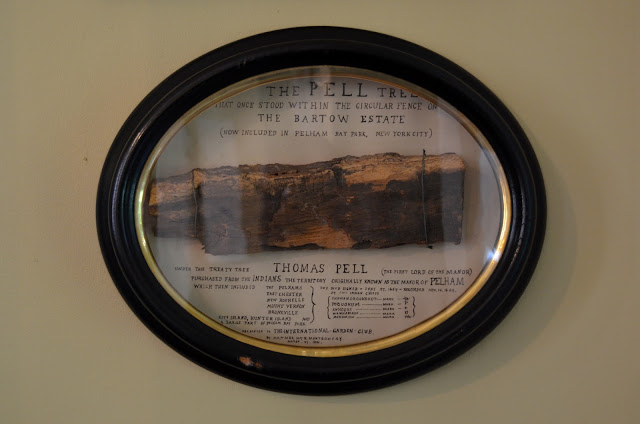 Once found on Shore Road, the tree is said to be the location where Thomas Pell signed the original treaty for the land with the local Native Americans on November 14 of 1654, though the iron fence that once surrounded it still stands.
Out back, behind the garden, is the family burial plot, designed in 1891 by Lord of the Manor (and grandson of Thomas Pell), Benjamin Pell. The four granite posts have the family coat of a pelican, as well as a different inscription - marking an important date in Pell family history - on each post. 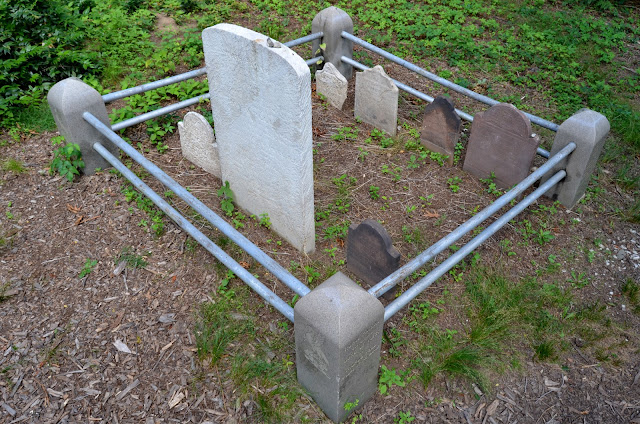 In the summer of 1936, Mayor Fiorello La Guardia used the Bartow-Pell Mansion to oversea the development of Pelham Bay Park's Orchard Beach. The grounds were left unattended until 1946, when it was opened to the public as a museum, and later designated a National Historic Landmark (1978).
In 2008, the land was granted a fund by the Cynthia Woods Mitchell Fund for Historic Interiors of the National Trust for Historic Preservation, and has since been managed by the Heritage Conservation Network's non-profit organization Adventures in Preservation, which has recently restored the exterior of the building.
Posted by A156