Dead Horse Bay is many things to many people. It’s a small inlet beach that overlooks Rockaway Point to the south, and Point Breeze to the north. Located on Floyd Bennett Field, which was once called Barren Island, until a landfill created a connection between it, and mainland Brooklyn, in 1926. It’s a place to collect antiques, or find fossilized horse bones, and a testament to mankind’s hubris.
Folks used to live here in the mid-1800s, and from 1850 through 1930 the area got its name from the near-30 horse rendering plants that used the animal’s carcasses to manufacture glue, fertilizer and hair brushes. The addition of fish oil factories, and the odor caused most to move away.
Around the late-1920s, the city began to use the area as a landfill, dumping trash, and later covering it with beach sand from Jamaica Bay.
In 1950, the landfill burst underwater, and the rubbish has been leaking since, washing up along the shoreline.
A visit during high tide leaves one depressed enough with the sight of glass shards everywhere, but low tide can send one into a fit, as you traverse through a line, two meters thick, of full bottles, old machinery and miscellaneous waste that runs the shore of the entire peninsula.
The area hasn’t lost its reputation for garbage collecting, as a few boat owners have beached their unwanted crafts, which are later hit by visiting graffiti artists, and vandals. The trees are often decorated with beach debris, and the trails are normally a dumping ground for those who feel they carried too many superannuated bottles full of sand before heading back to their car.
Dead Horse Bay is a sight that one must see for themselves to truly get a grasp of what we are doing to our planet.
Photos do not do this unnatural injustice to nature any justice, but here you go anyhow. 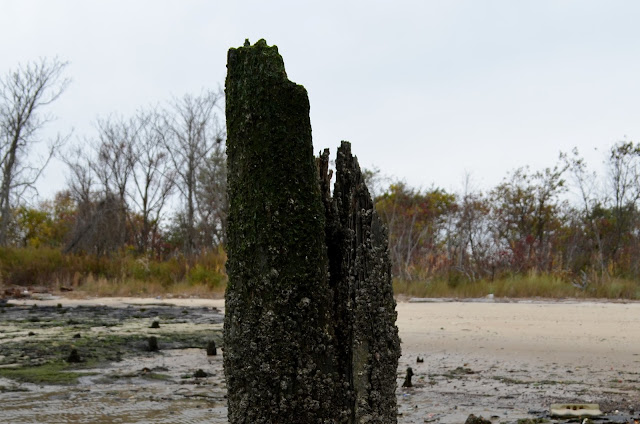 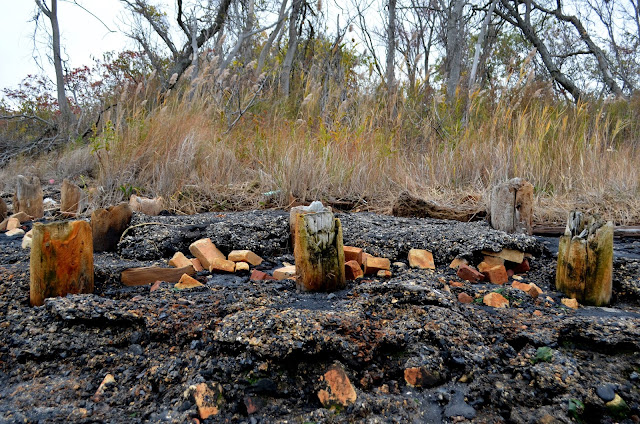 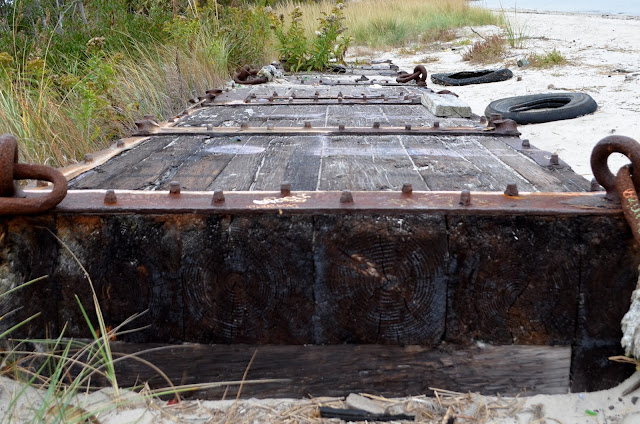 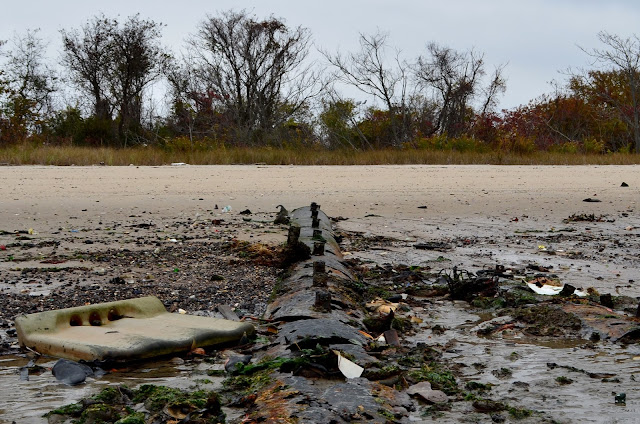 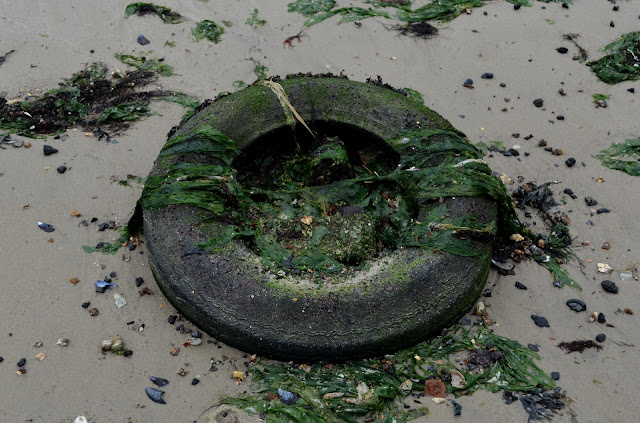 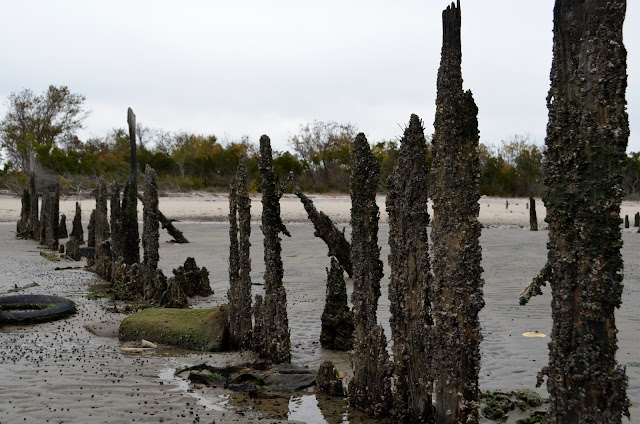 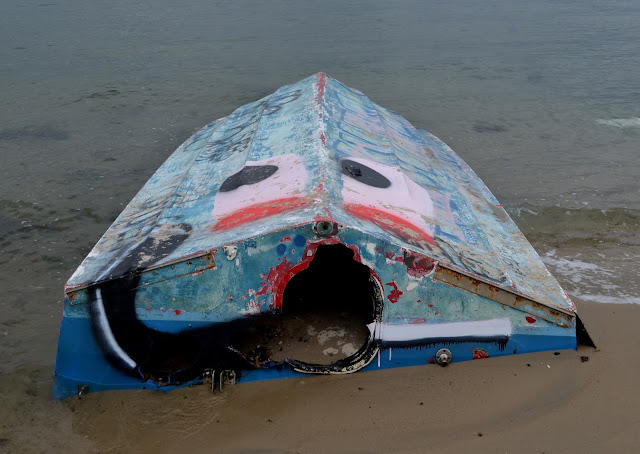 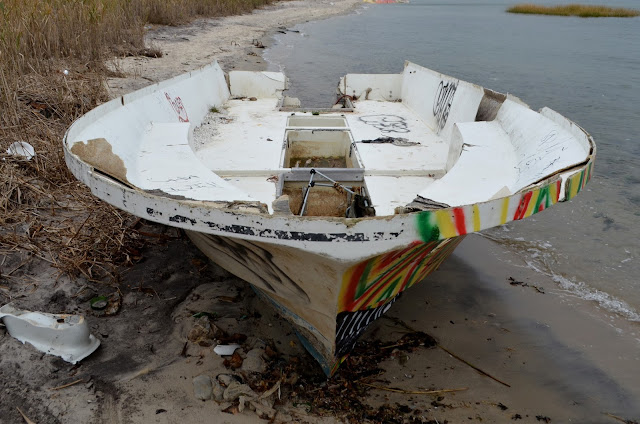 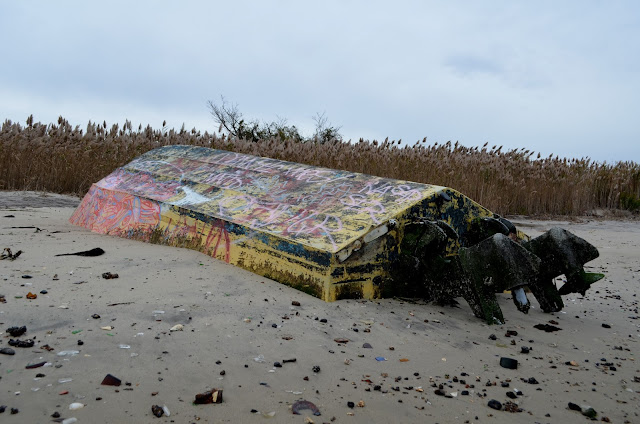 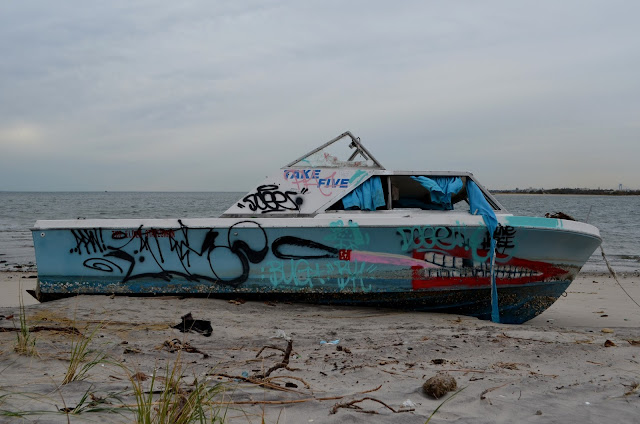 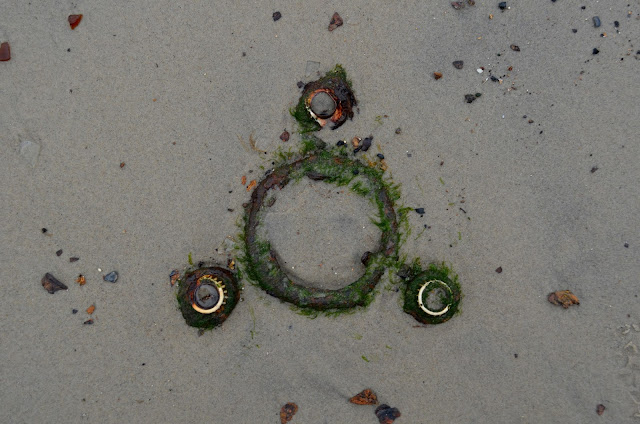 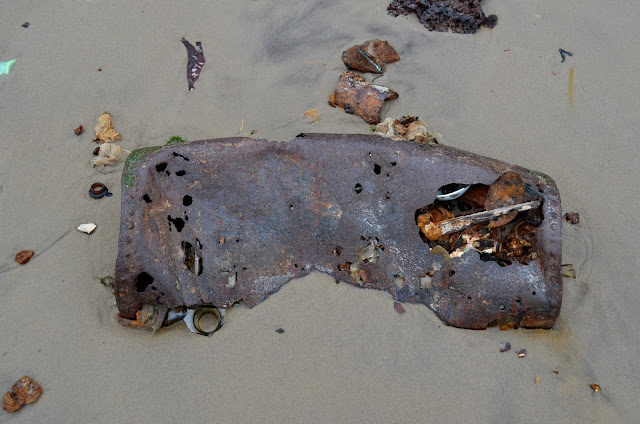 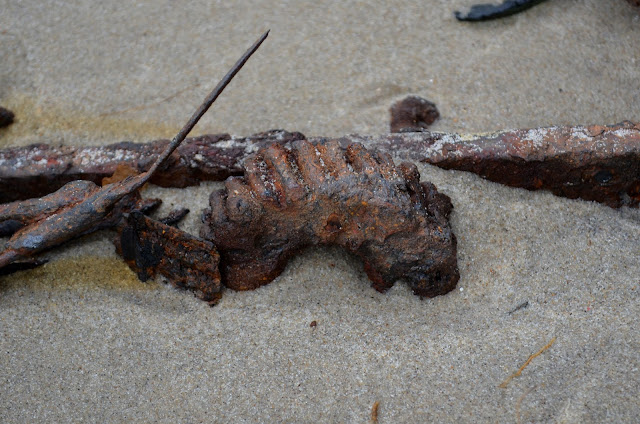 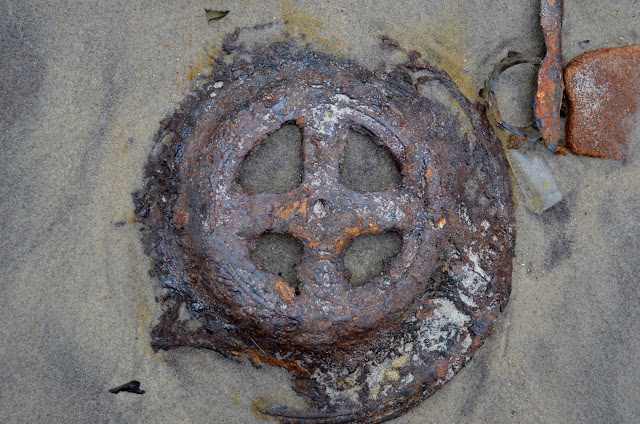 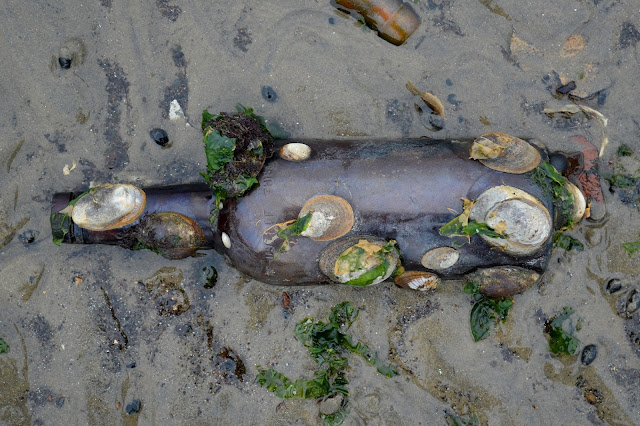 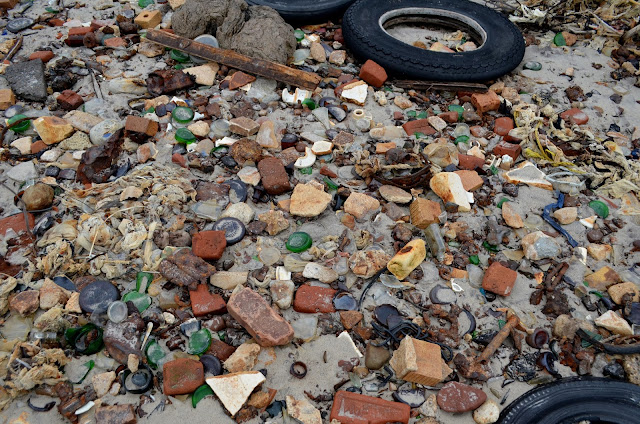 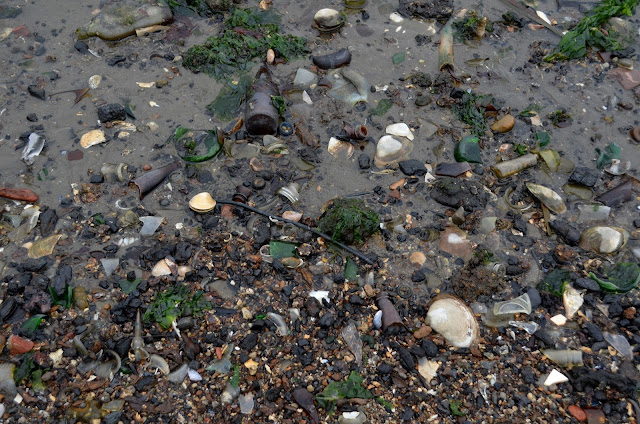 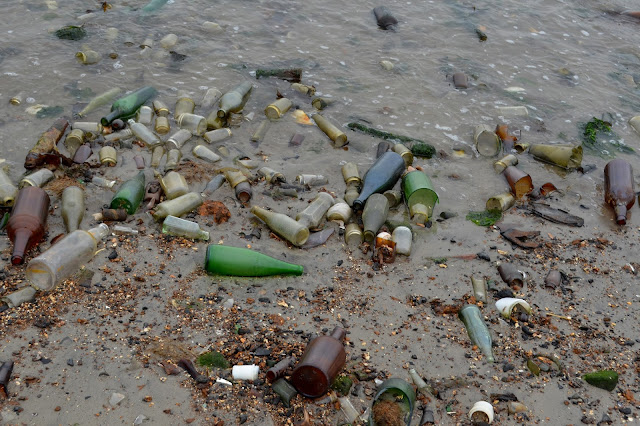 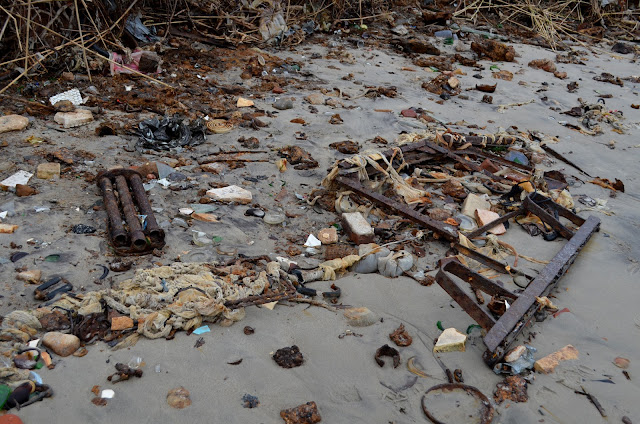 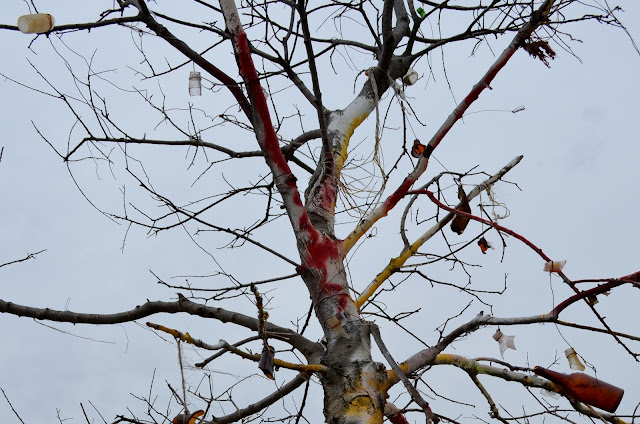 If you find yourself in Brooklyn, around Borough Hall, start this little walk at the NE corner of Remsen and Henry Streets, at the Our Lady of Lebanon Maronite Catholic Cathedral. The two doors facing both streets hold some of the last remains of the SS Normandie. 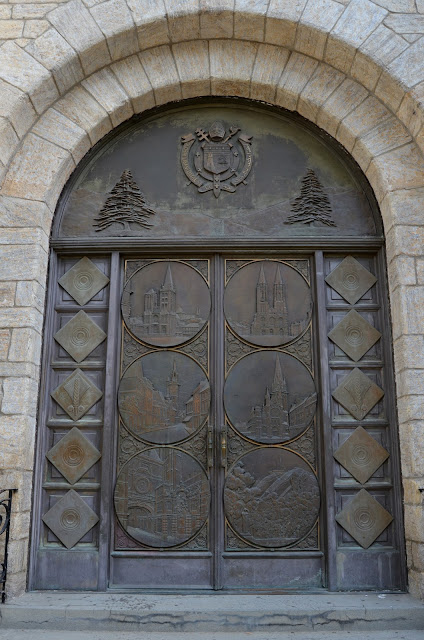 The French ocean liner entered service in 1935, having only the RMS Queen Mary as her closest rival. At that time, she was the largest and fastest passenger ship, and still holds the record as the most powerful steam turbo-electric-propelled passenger ship.
In 1940, after France fell to the Germans, the U.S. confiscated the SS Normandie, while docked in New York City's harbor. The ship became part of the United States Navy in 1941, and renamed the SS Lafayette. In February of 1942, as the liner was being refitted off a NYC pier to become a troop ship, a welding spark set off a fire, which caused the entire vessel to burn, and then capsize. The wreckage was not removed until 1946, and took two years to finish.
Not much remains of the Normandie; an entire corner is preserved at the city's Metropolitan Museum of Art, a bronze statue (found in a NJ junkyard in 1954) is in Miami's Fontainebleau Hotel, plenty of scattered crystal from the dining salon's massive Lalique torchières, some silverware, and the ten large dining-room door medallions currently displayed on the church doors. 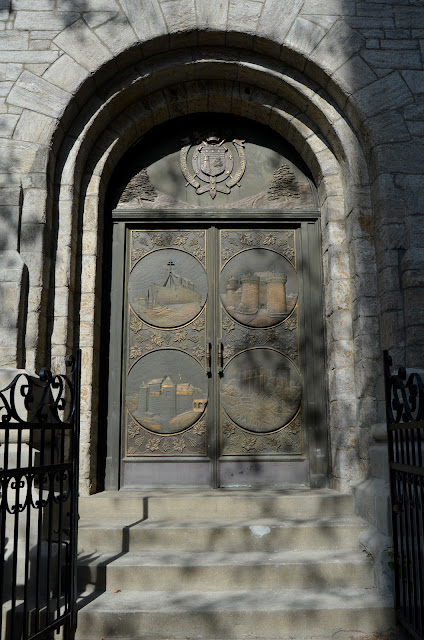 Now, walk up Henry, and then right on Montague Street to 211 Montague, once home to the Brooklyn Dodger's offices. The 1998 plaque celebrates that it's where they signed Jackie Robinson in 1945, becoming the first African-American in the major leagues. 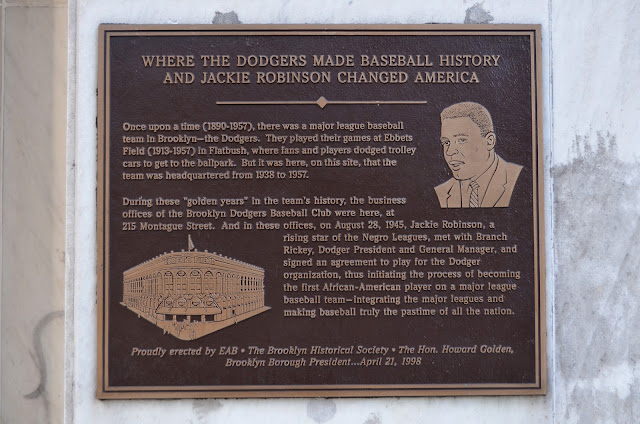 Look across the street, into Columbus Park, and you may lock eyes with Robert F. Kennedy. While the park has a statue to Columbus, and Henry Ward Beecher, as well as hold the Korean War Veterans' Plaza, two Kennedy memorials are here: Robert Kennedy's 1972 bust by sculptor Anneta Duveen, and - just behind it - a tree planted in 1963 by Brooklyn Borough President, Abe Stark, for John F. Kennedy. 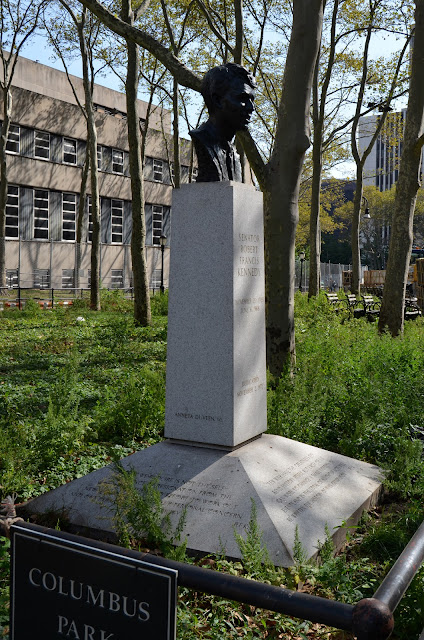 Lastly, head south on Court Street, with a right (west) on State Street to the corner of State and Clinton to see 169 Clinton, the one-time home of horror writer Howard Phillips Lovecraft (1890 - 1937), inventor of the Cthulhu Mythos. 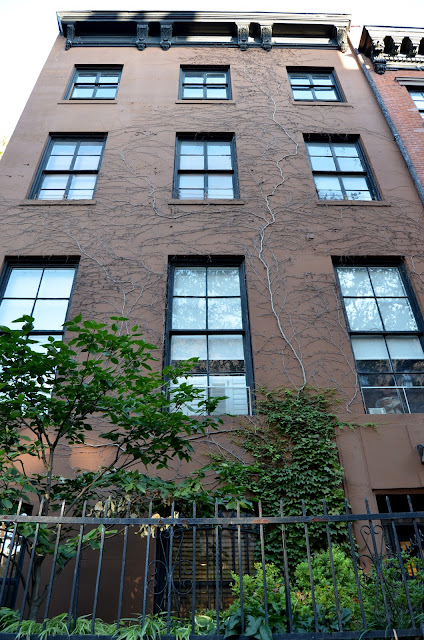 Lovecraft lived here in 1925, and hated the area so much he penned the short story "The Horror at Red Hook" while living there, though it wasn't published until 1927 in Weird Tales. 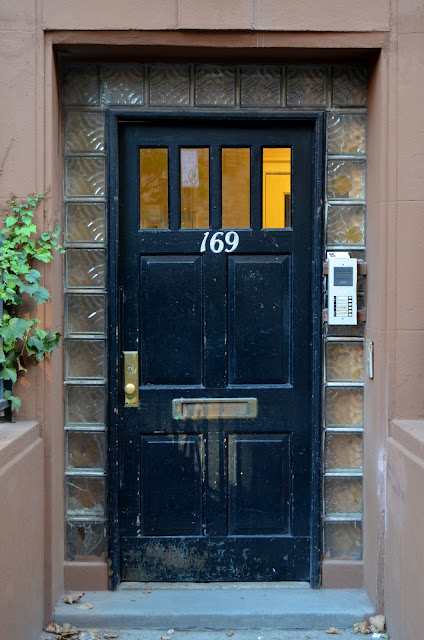 He wrote to his friend and fellow writer Clark Ashton Smith:


The idea that black magic exists in secret today, or that hellish antique rites still exist in obscurity, is one that I have used and shall use again. When you see my new tale "The Horror at Red Hook", you will see what use I make of the idea in connexion with the gangs of young loafers & herds of evil-looking foreigners that one sees everywhere in New York.

Woops! It's no wonder modern scholars have such a problem with HP's legacy.