Hall of Fame for Great Americans

What is now known as Bronx Community College was once a part of the University Heights campus of New York University. Much of the original University was designed by architect Stanford White (in a Beaux Arts style), and constructed in 1900.

Upon the heights once occupied by the British army in the autumn of 1776 now stands the campus' library, which is a beautiful work of architecture - outside... 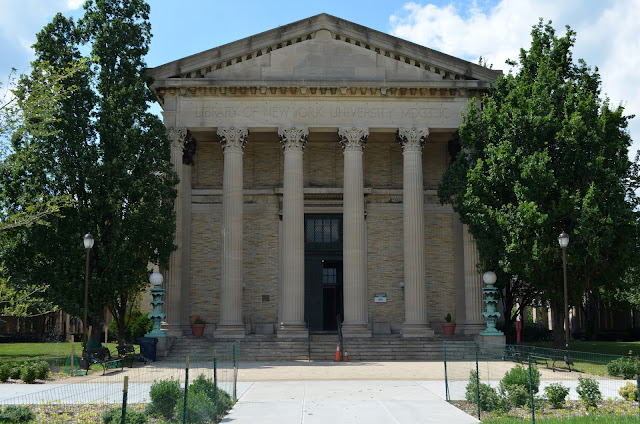 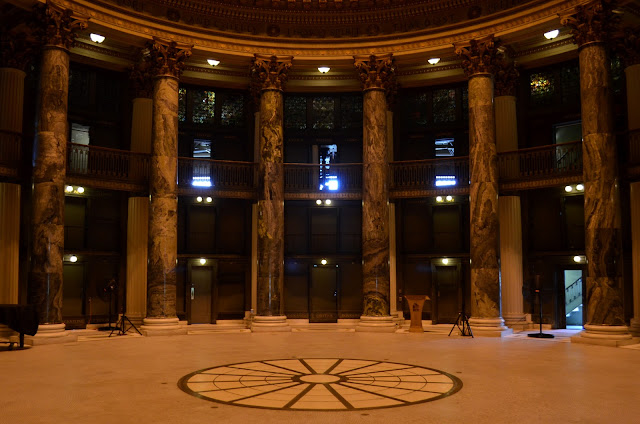 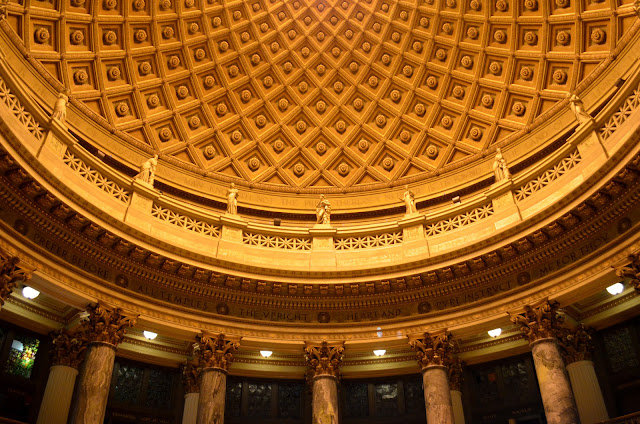 Just behind the building is the Hall of Fame for Great Americans. 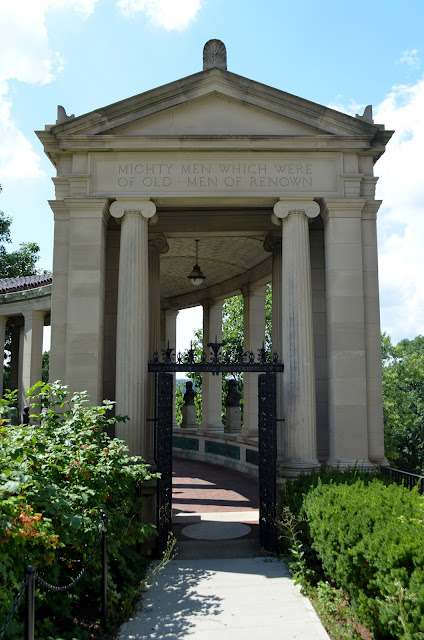 Considered the first "hall of fame" in the U.S., the open-air colonnade was built at the same time as the college, and was the idea of Chancellor of New York University, Dr. Henry Mitchell MacCracken, though donated by Helen Gould, and dedicated to her in May of 1901.
The sculpture gallery contains close to 100 portrait busts of famous Americans, and is split up into sections, such as authors, inventors, artists, soldiers and politicians.
Many of the Great Americans found in the hall truly deserve to be here (though shocked there is no bust for Samuel Clemens / Mark Twain). Some included are: 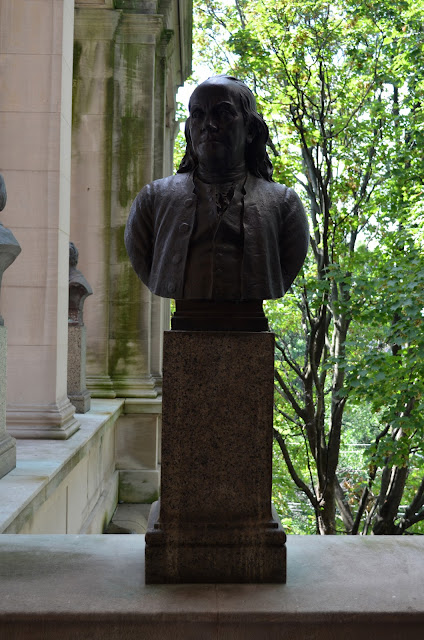 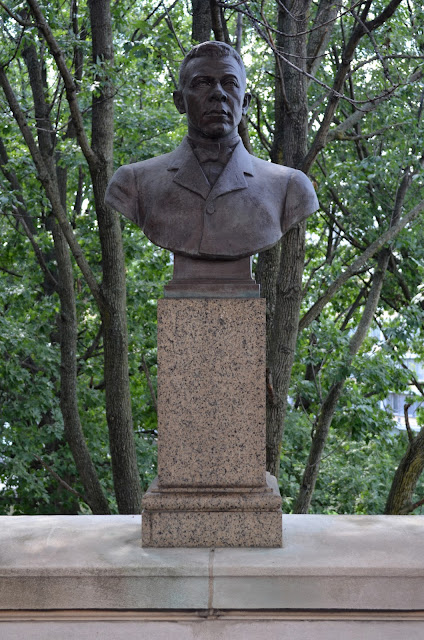 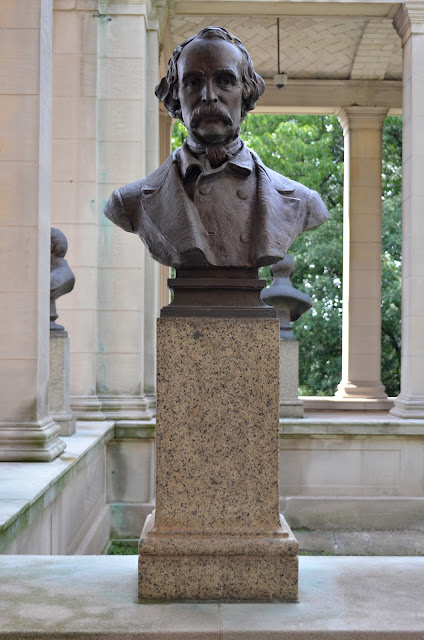 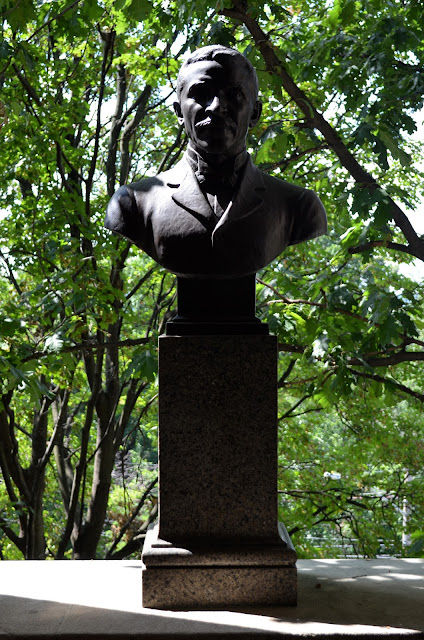 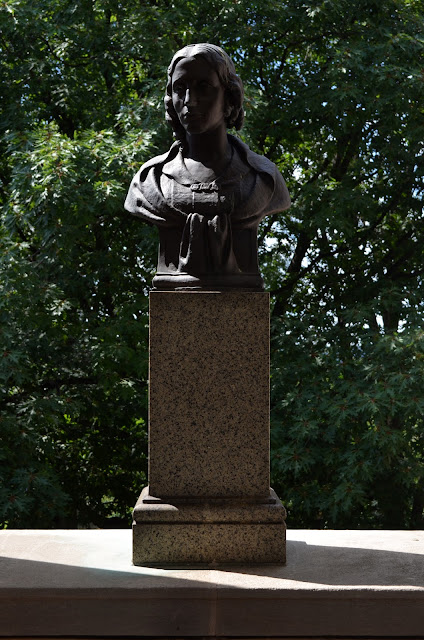 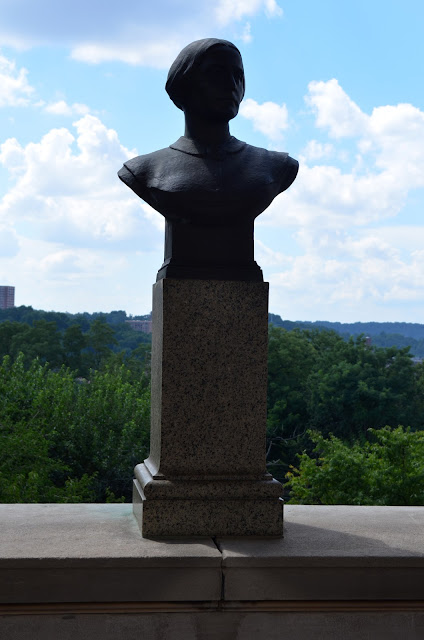 Now, there are a few statues a handful of modern historians wish were not on display, like Andrew Jackson... 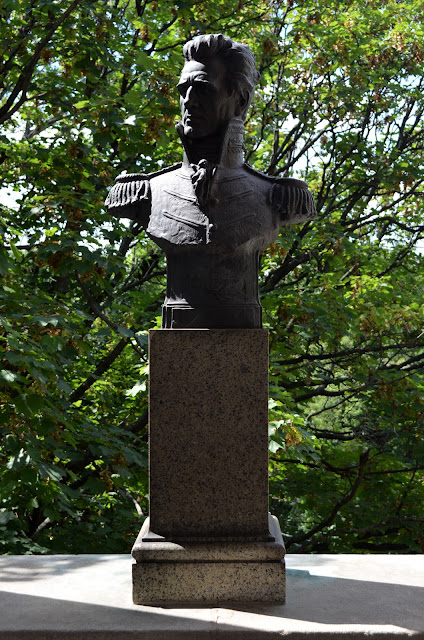 ...but there is one bust that baffles many more as to why it's here, especially since it was placed so soon after the Civil War: Robert E. Lee. 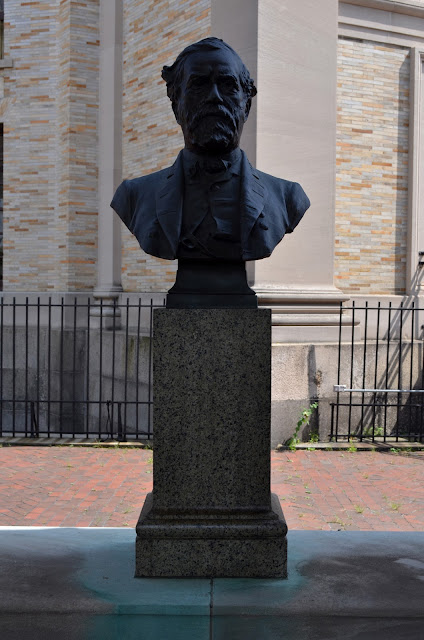 Due to financial troubles, the campus was sold to the City University of New York in 1973, and it became Bronx Community College. The Hall of Fame for Great Americans fell into disrepair years before the sale, and though new busts were elected to be included (Clara Barton, and Andrew Carnegie), no new ones had been added, besides Franklin D. Roosevelt - which looks much different than the other statues, possibly since it took nineteen years to raise the $25 grand for its commission).
NY state spent $3 million restoring the colonnade's foundation in 1978, with another $1 million in 2001 for restoration, and expansion.
While there is not much else to see in the immediate area, the outdoor hall is still a great location for quite reflection, philosophic thought, or just to catch some great views of the cliffs of New Jersey's Hudson River Palisades.
Posted by A156