Green-Wood Cemetery is one of the most beautiful, and therefore famous, in the United States. While the graveyard holds approximately 600,000 entombed, throughout 478 acres (1.9 km²), it has been used by locals as a park since its construction, and was a huge tourist attraction in the 1850s.
Located in an area of Brooklyn known as Greenwood Heights, it was founded in 1838 by social leader Henry Evelyn Pierrepont, and inspired by Cambridge, MA's Mount Auburn Cemetery.
The main entrance (at 5th Avenue and 25th Street) was built in 1861, of Belleville brownstone, and was designed by Richard Upjohn in a Gothic-revival style. 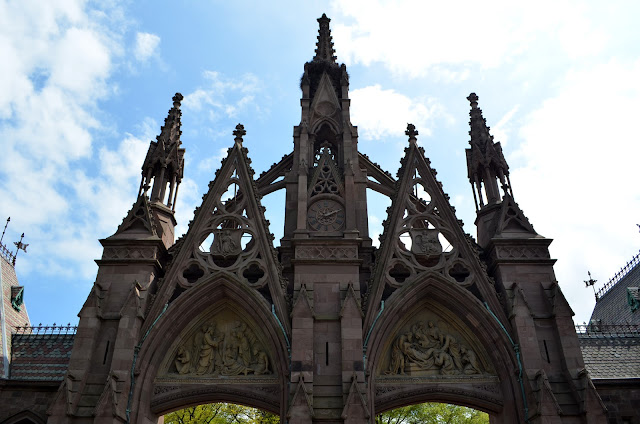 The groups of sculptures atop the gateways, which are the work of John M. Moffitt, depict biblical scenes from the New Testament, including Lazarus, the Widow's Son, and Jesus' resurrection.
Though the cemetery did not receive landmark status until 2006, the main gate had gained recognition as one by the New York Community Trust in 1958.
There are quite a number of monuments on the grounds, many of which memorialize victims of local tragedies, such as a sculpture of a ship, half-submerged by waves for the six members of the Brown family who perished in the 1854 SS Arctic disaster, or the obelisk which commemorates the 278 lives lost in what became known as the Brooklyn Theater Fire of December, 1876. 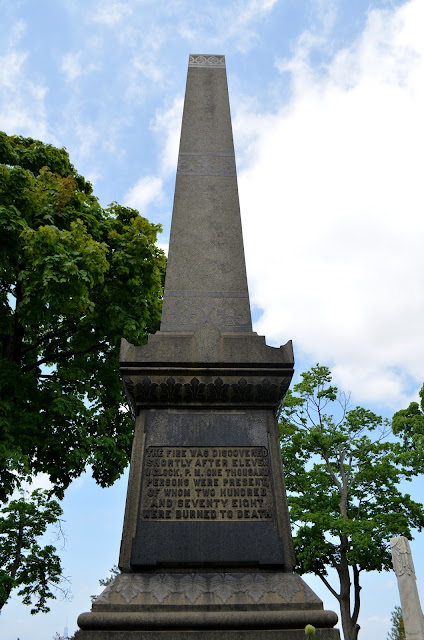 There is also the Civil War memorial, located at the summit of Battle Hill (Brooklyn's highest natural point, 200 feet above sea level)... 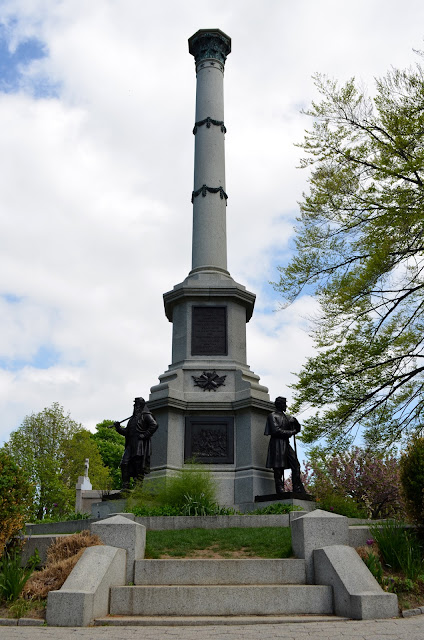 ...as well as the Revolutionary War monument by Frederick Ruckstull, and the Altar to Liberty, which was built in August of 1920, on the 144th anniversary of the Battle of Long Island (the first battle of the American Revolution after the Declaration of Independence, and the largest battle of that war). 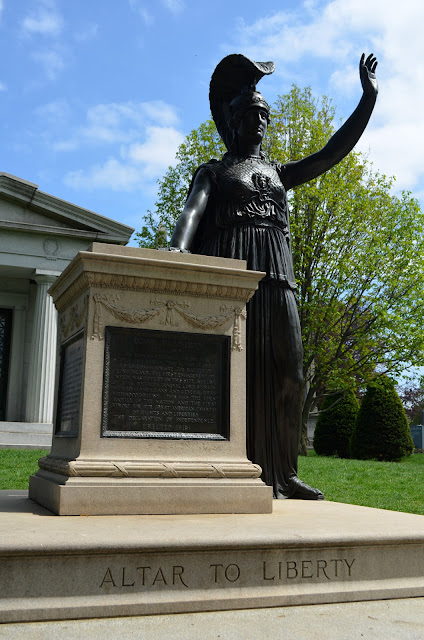 Next to the altar stands a bronze statue of the Roman goddess Minerva holding a wreath in her right hand, and waving "hello" to her sister, the Statue of Liberty, with her left. For good fortune, many visitors leave coins on the altar, within the bronze wreath she holds. 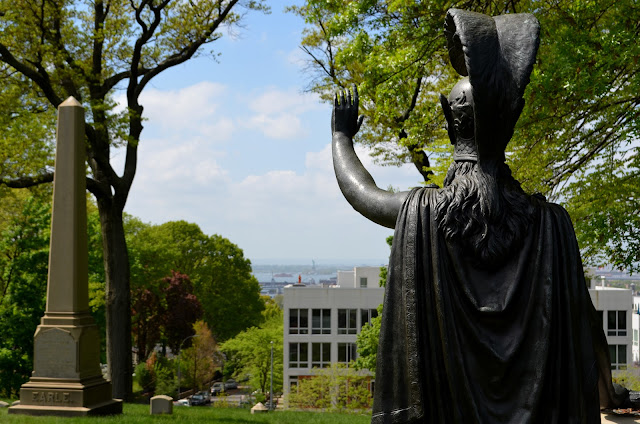 It goes without saying that there are quite a number of beautiful grave markers in Green-Wood. 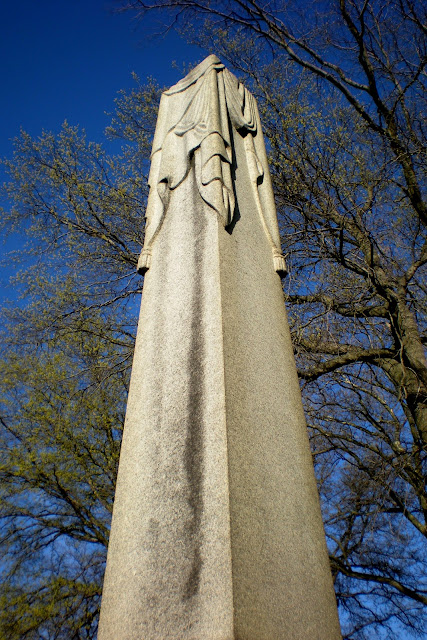 Many of which belong to those who departed in fame, while others in infamy. 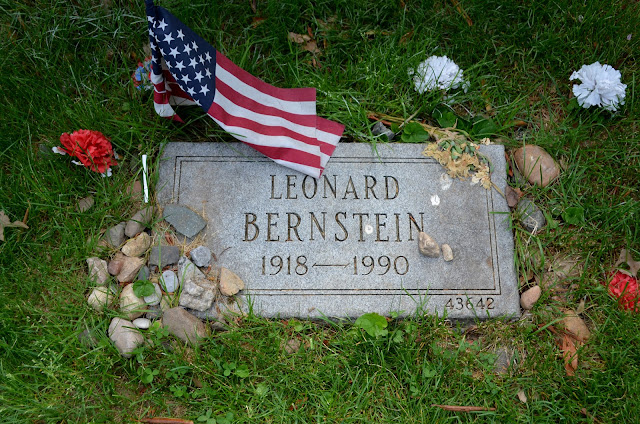 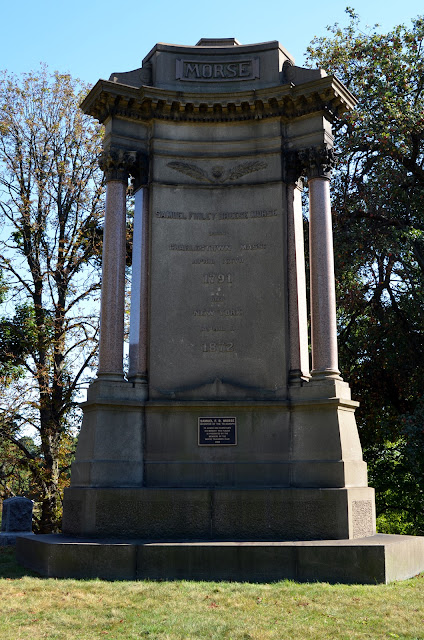 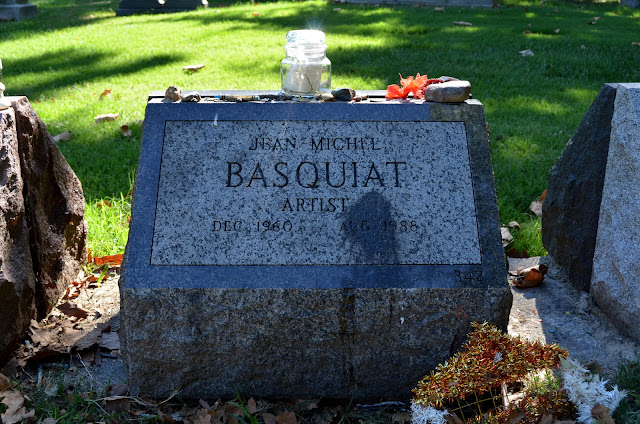 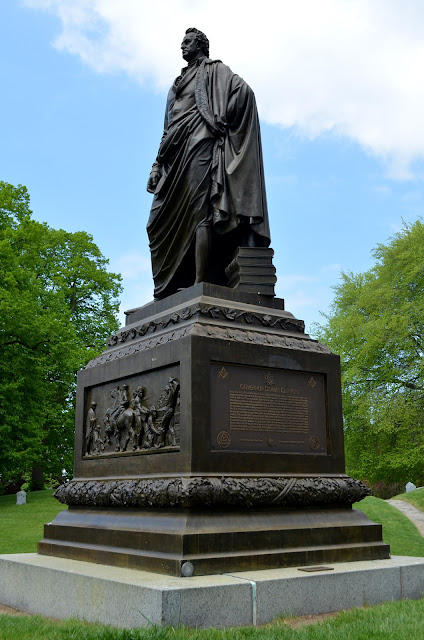 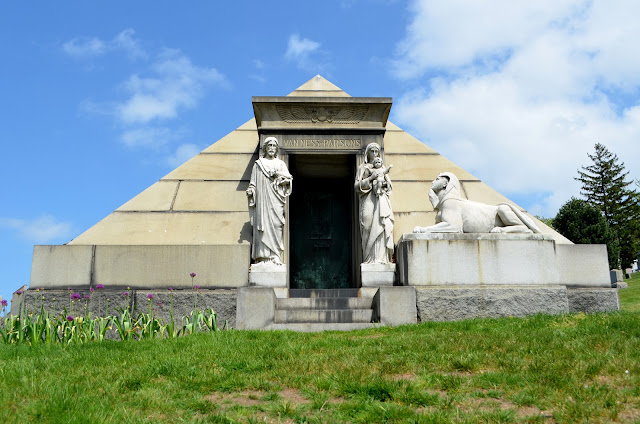 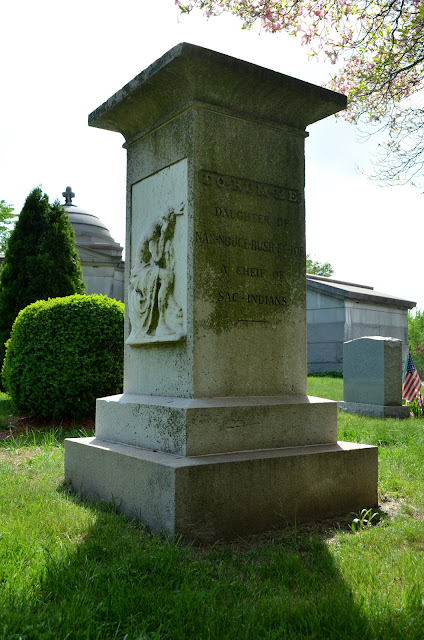 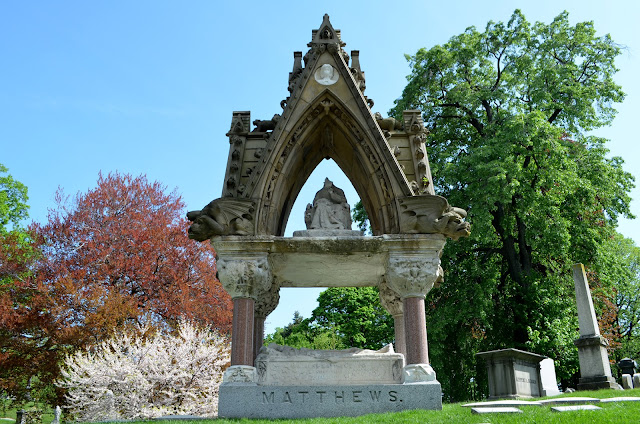 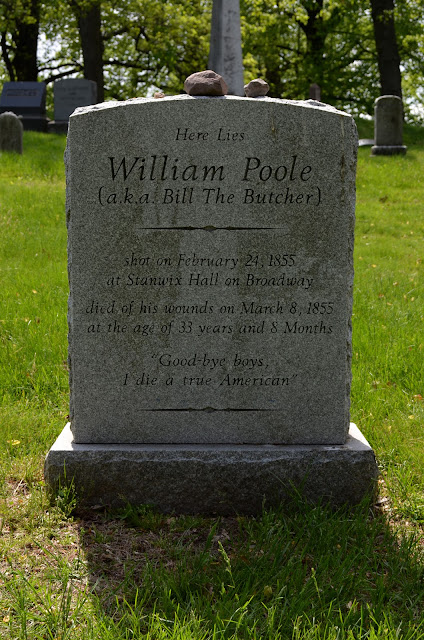 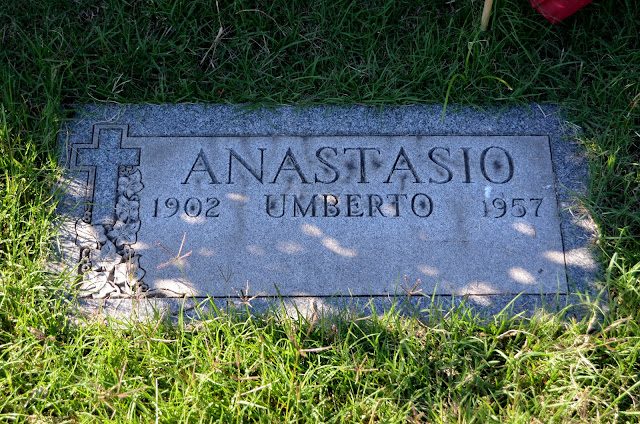 And while there are no dogs allowed to be buried in any U.S. cemetery, it won't stop those who can afford it to compliment their beloved pets. 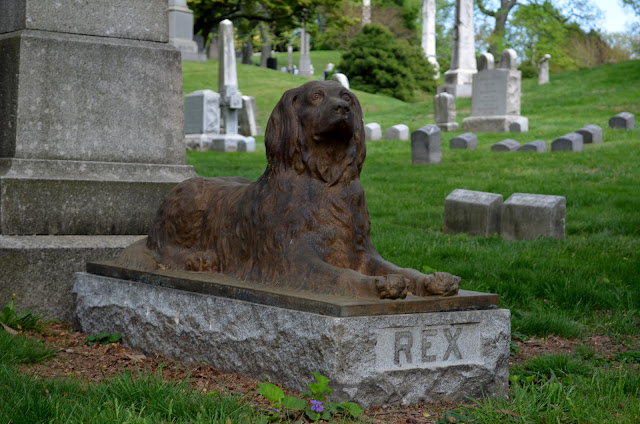 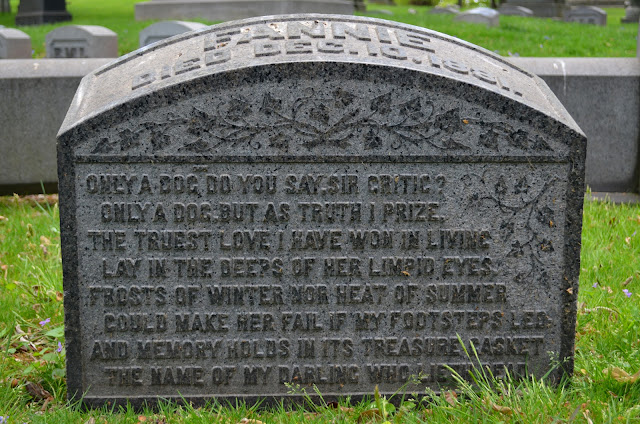 The property is huge, and it may take a full day (or even two) to walk to many of the sites I've written about, but don't leave without seeing the cemetery's chapel, which was constructed in 1911 (and restored in 2001). 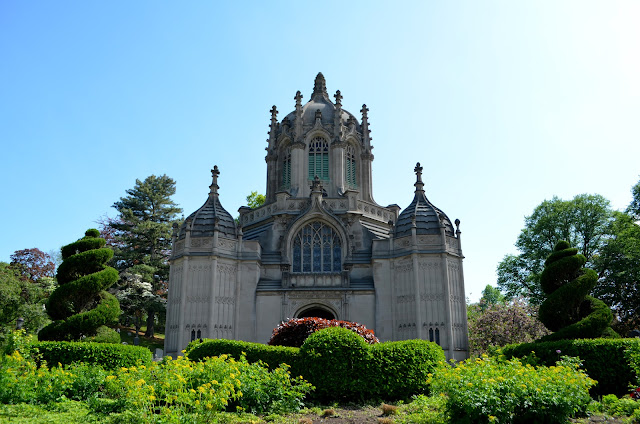 Designed by the architectural firm of Warren and Wetmore (who also designed Grand Central Terminal), the small church is a replica of Christopher Wren's Thomas Tower at Christ Church College in Oxford, England. 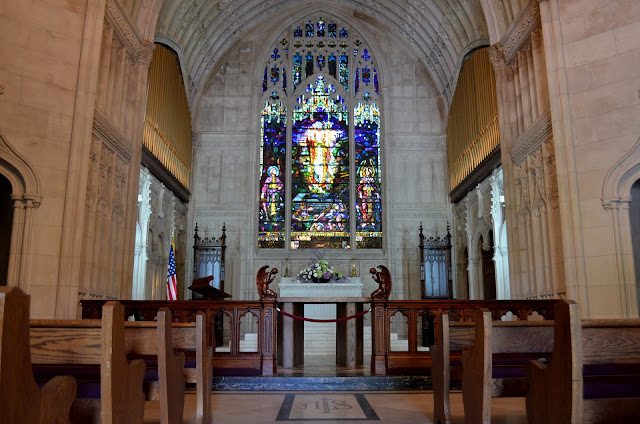 In 2012, Hurricane Sandy toppled almost 300 trees in the cemetery, and the damage was estimated at half a million dollars, but the non-profit institution Green-Wood Historic Fund (created in 1999) continues to preserve this wonderful Brooklyn landmark for the public.
Posted by A156

If you find yourself looking for something to see on the Upper West Side, here are three sites worth visiting.
First is Pomander Walk, centered between 94/95th Streets, plus Broadway and West End. This 27-unit apartment complex was built in 1921, in miniature of Queen Anne mansions, and named after the 1910 Louis Parker romantic comedy of the same title. 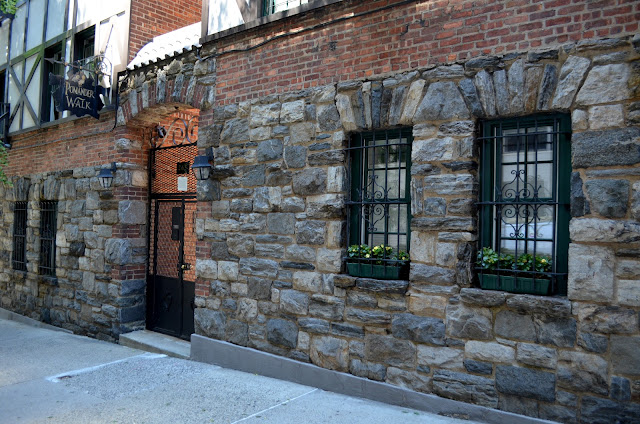 Very different from what surrounds the area, this slice of Manhattan was supposed to be a standard high-rise hotel, but when nightclub owner Thomas J. Healy couldn't get the permits, he decided to build these quaint homes designed by the New York architecture firm King and Campbell. They were to house a handful of the rich, until he could set up his grand inn. 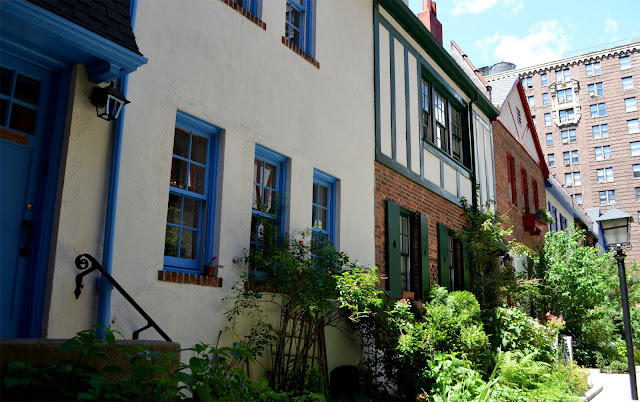 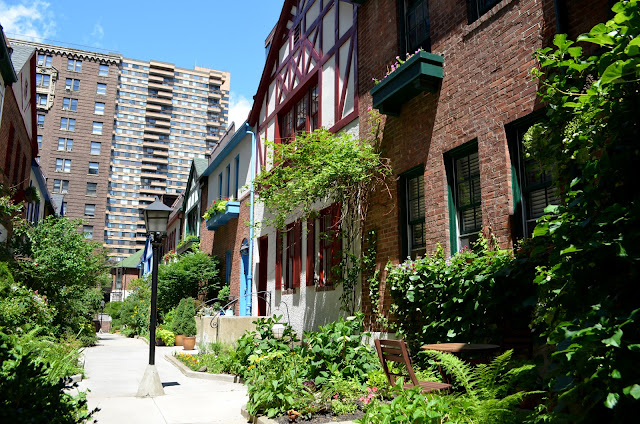 Luckily for us, Healy never could get that charter, so we can see today what former-resident and novelist Darryl Pinckney called "an insertion of incredible whimsy" into New York City.
While you do have to be a resident to enter the grounds, one can view much of Pomander Walk via either gate, on 94th or 95th Street.
Though landmark status was rejected in 1966, Pomander Walk was finally registered in 1982 when tenants formed a committee to block further development.
Up next, and only a few blocks away is what many call the "Atomic Buddha", the Shinran statue. 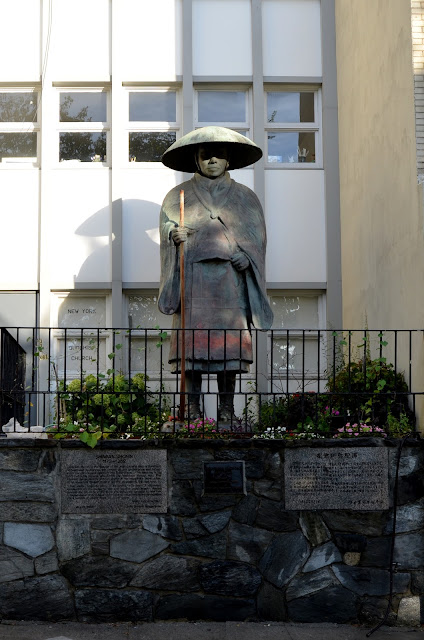 Found out front of the New York Buddhist Church, at 332 Riverside Drive, the 15ft (4.5m) bronze statue of Buddhist monk Shinran Shonin (founder of the Jodo Shinshu school of Buddhism, 1173 - 1263) once stood at a temple in Hiroshima, Japan.
Only a mile-and-a-half (2.5km) from the August 6th blast zone, this beautiful piece of sculptured metal was one of the few things left standing after detonation of the atomic bomb. 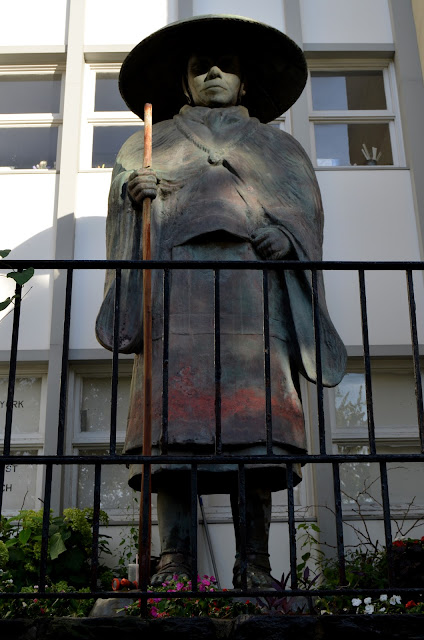 In September of 1955, an anonymous Japanese businessman had the Buddhist society ship the statue to New York City as a symbol of lasting world peace. It has stood there since, with the addition of a marble plaque, with full story, added in May of 1985.
Last stop is about a mile north, and, admittedly, only for fans of that tv show about nothing, Seinfeld: Tom's Restaurant. 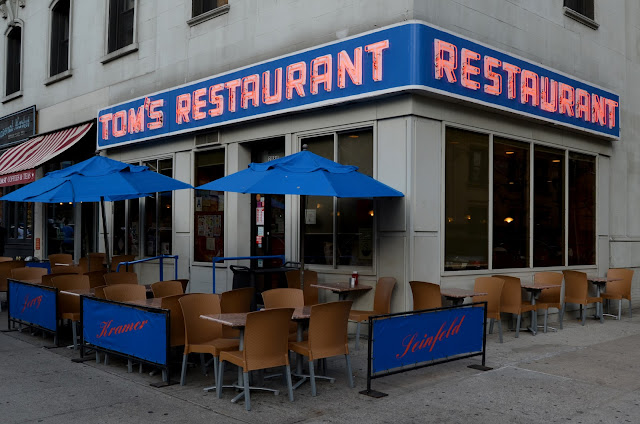 While called Monk's Café on the show, the exterior (located at 2880 Broadway) was used as a stand-in for the fictional cafeteria on Jerry Seinfeld's sitcom. The interior looks nothing like that on the show, but for true fans, it's a cool sight to see just from the outside.
The restaurant has been owned and operated by the same Greek family since it opened in the 1940s. Before Seinfeld, the restaurant had already inspired Suzanne Vega's 1981 song "Tom's Diner", and was Senator John McCain's favorite place to grab a bite when he visited his daughter at Columbia University.
Posted by A156