Another online magazine has posted my mini-doc on Max Neuhaus' last public sound installation, so I thought I'd share it here as well.
If you're visiting this blog, chances are you are not the type to visit Times Square, but if you get dragged there, just stare at the ground (and listen).

Yesterday, I visited Fort Greene Park in Brooklyn to see the Prison Ship Martyr’s Monument - which is actually the 3rd one built. In 1808 it was first in Central Park, then in 1873 was moved to the Brooklyn Navy Yard. 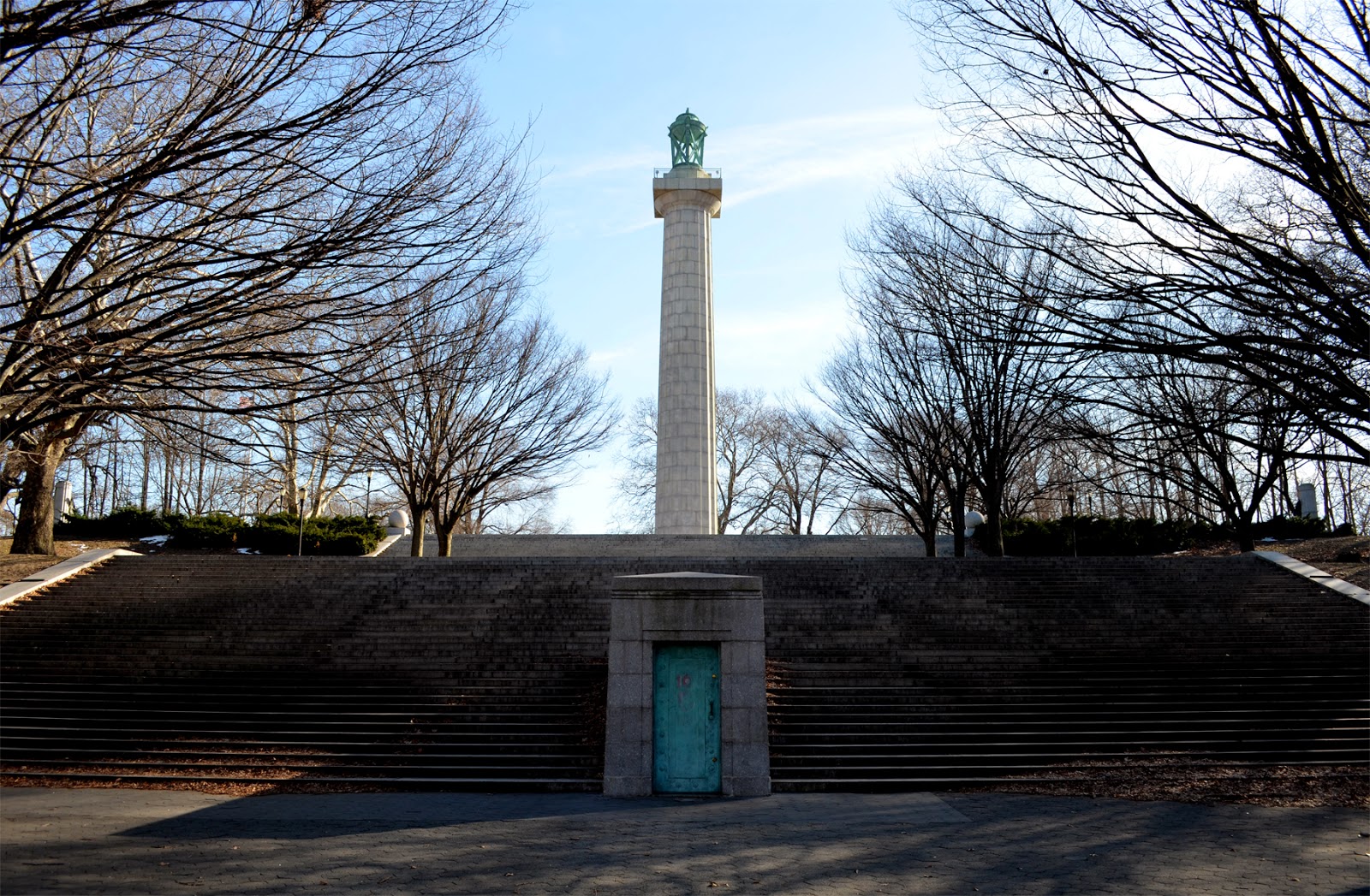 The city of New York decided it wanted a bigger memorial, and the Prison Ship Martyrs’ Monument was constructed in 1908.It was designed by architect Stanford White, who also drew up the plans for the second Madison Square Garden and the Washington Square Monument. 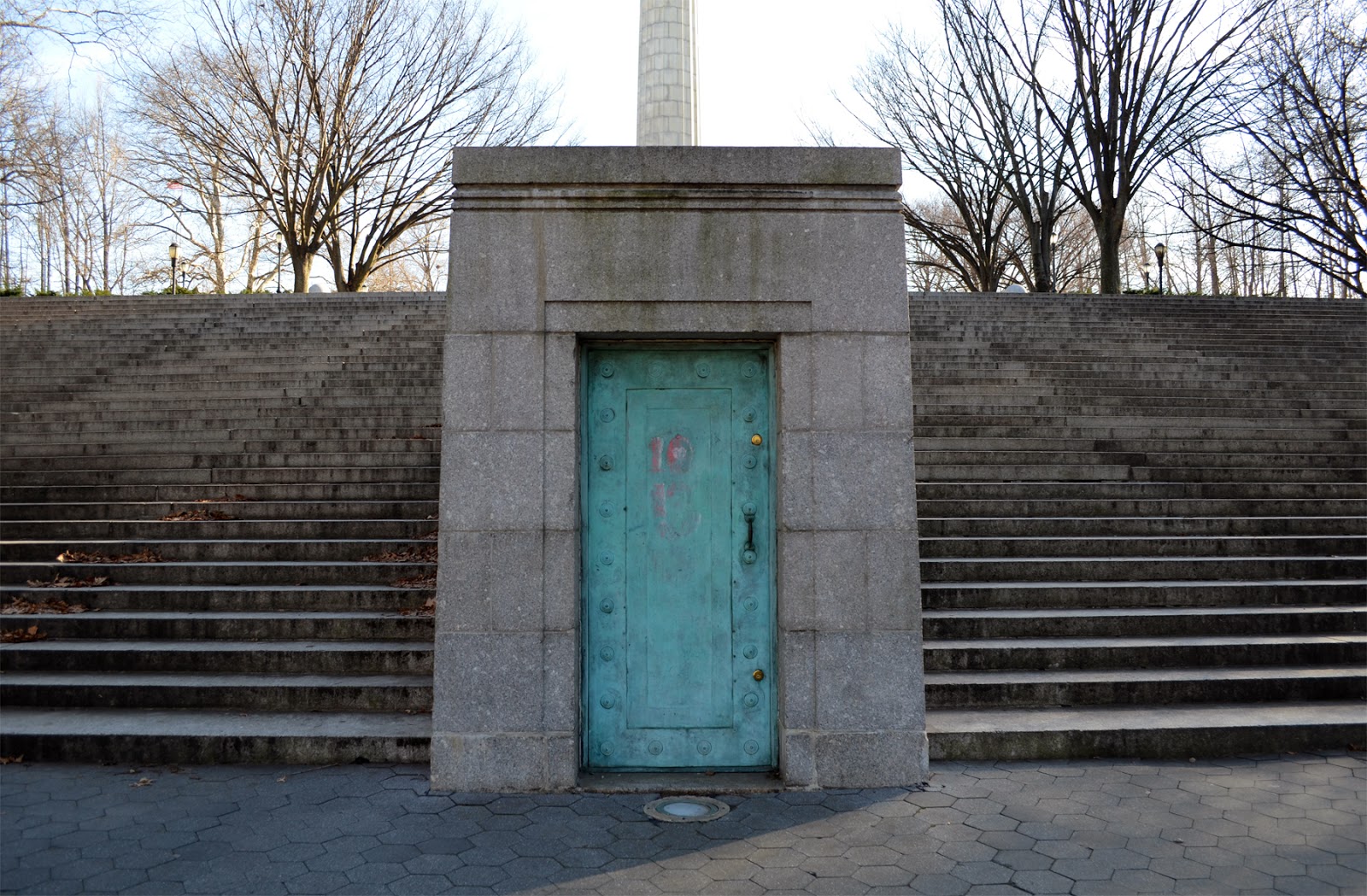 Through the main doors of the crypt, there is a passageway which leads to a three-coffined chamber under the column. In these large coffins are held the remains (bones) of several thousand U.S. prisoners, which were held captive on British war ships. 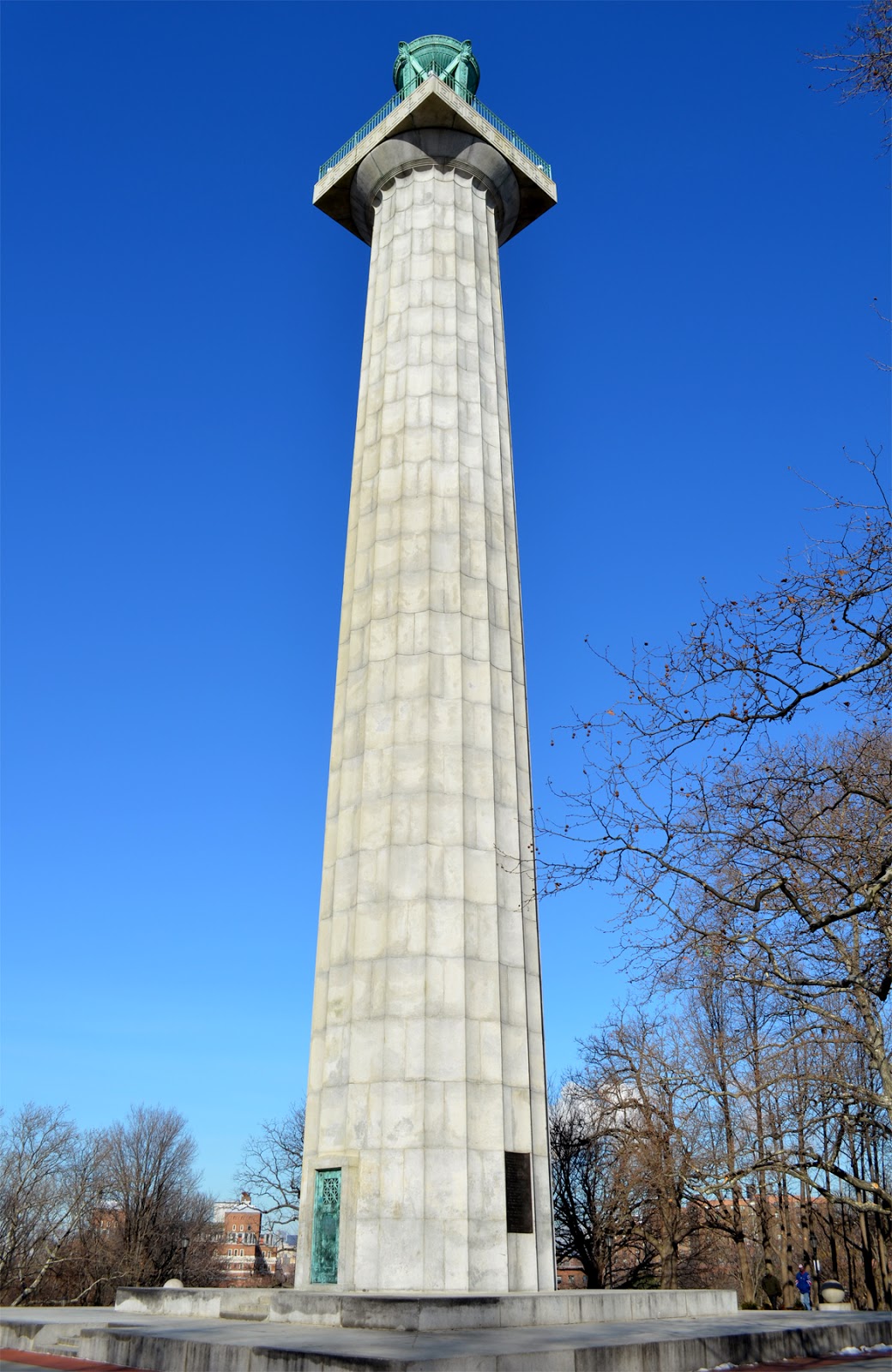 After walking up the 99 steps, one comes up to the Doric column, which is granite, and measures 149 feet. It has two brass doors on the east and west side, and a plaque on its southern end. 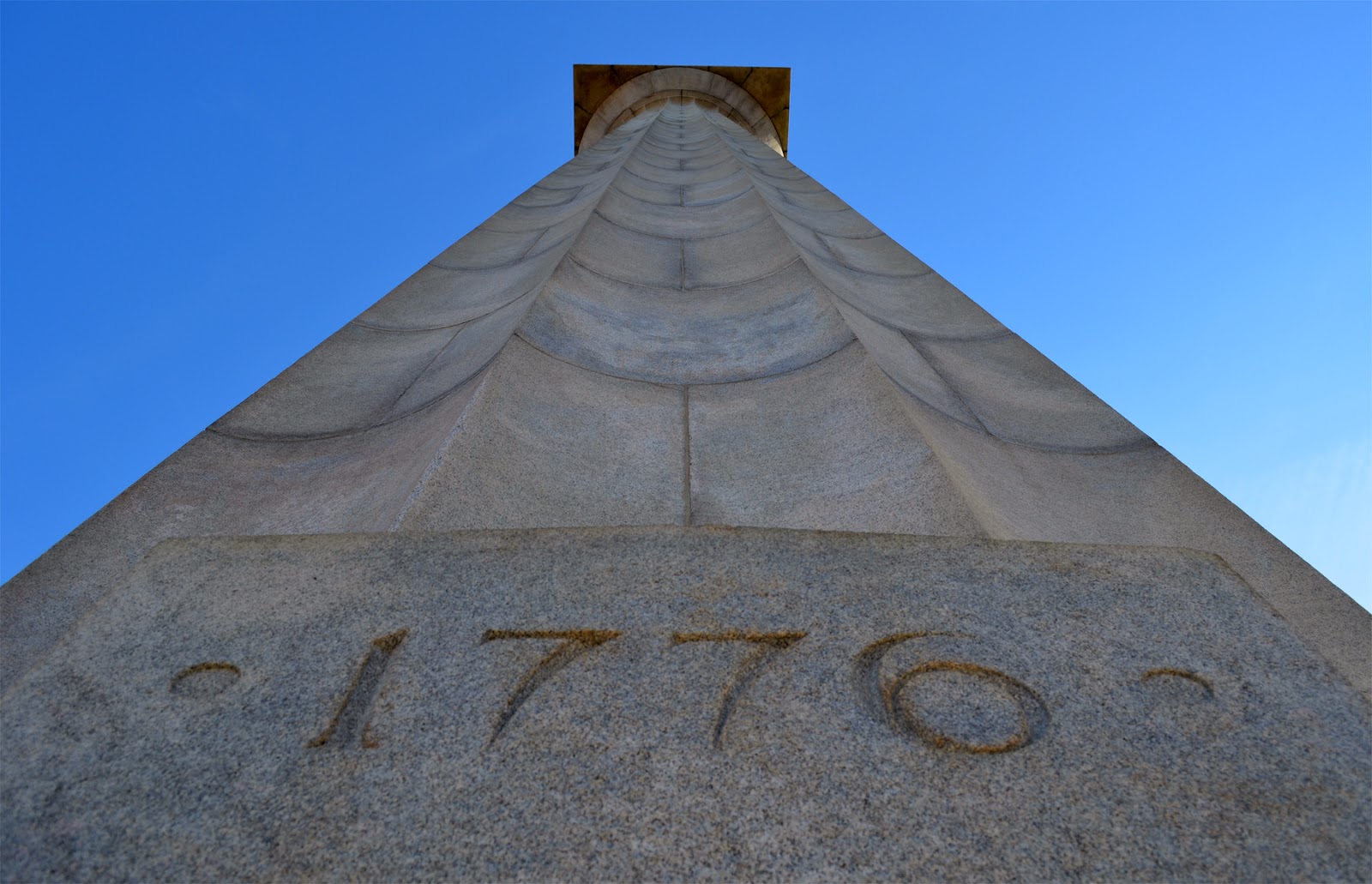 Atop the column is a brass funerary urn, that is 23 feet tall and weighs 8 tons. 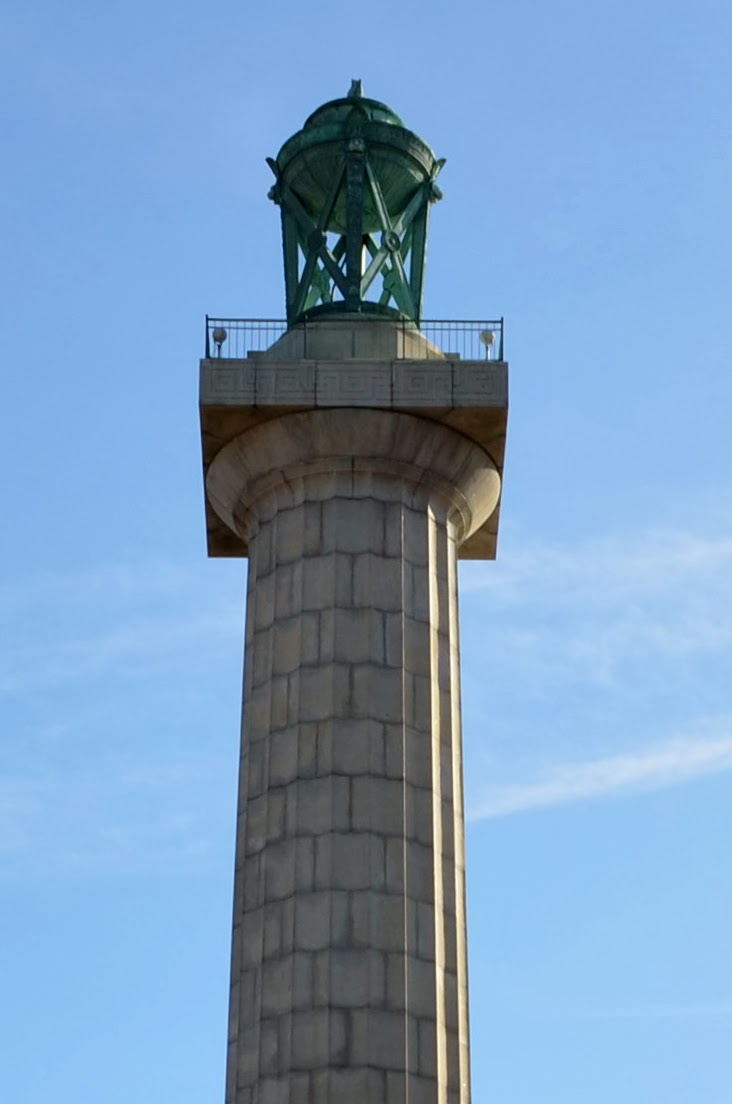 The urn was designed by sculptor Adolf Weinman, who also created the four brass eagles which are located on the four corners of the square containing the column. 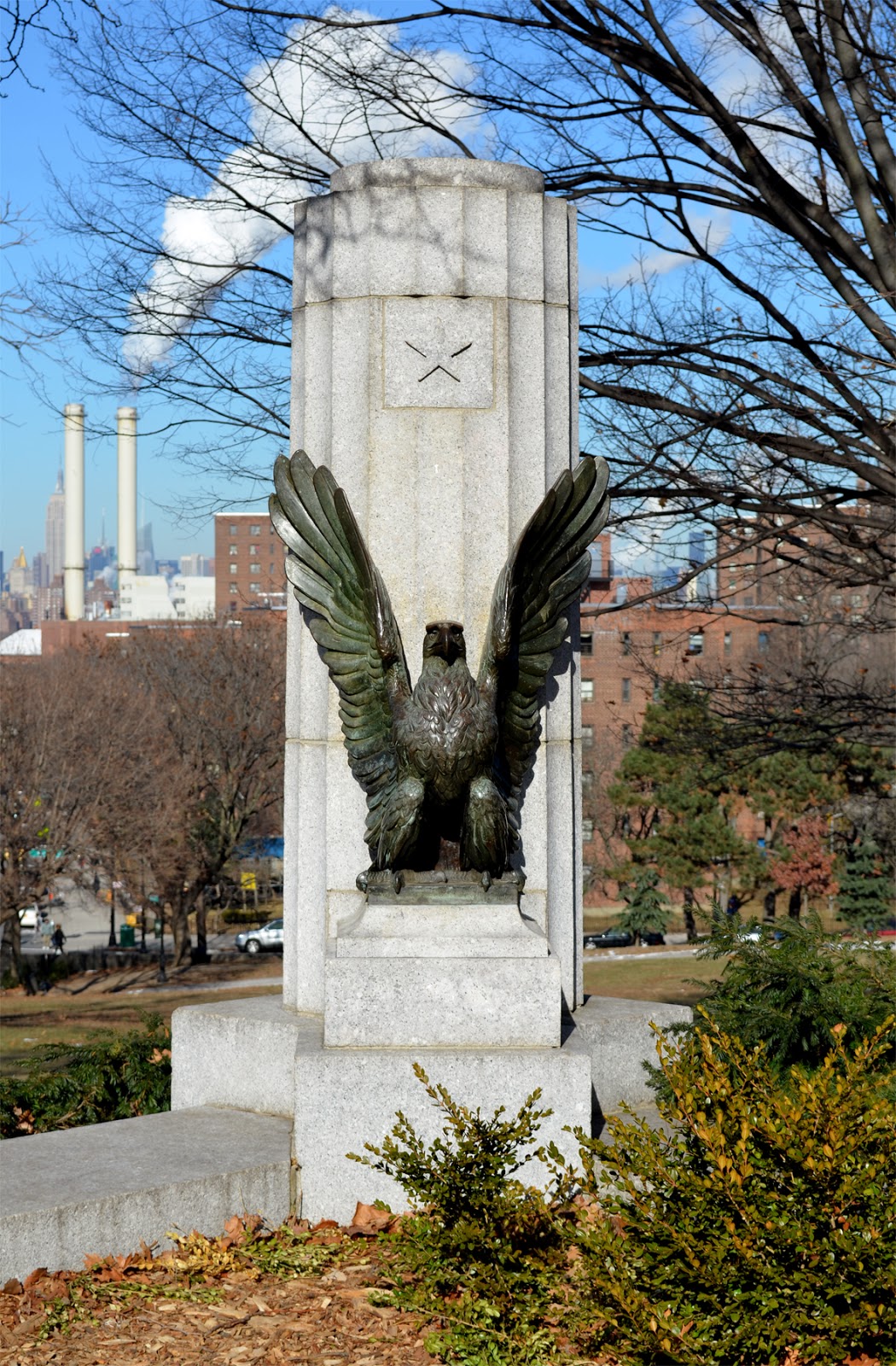 There isn’t much more to see here, besides a plaque donated by Juan Carlos King of Spain, and other sundries. 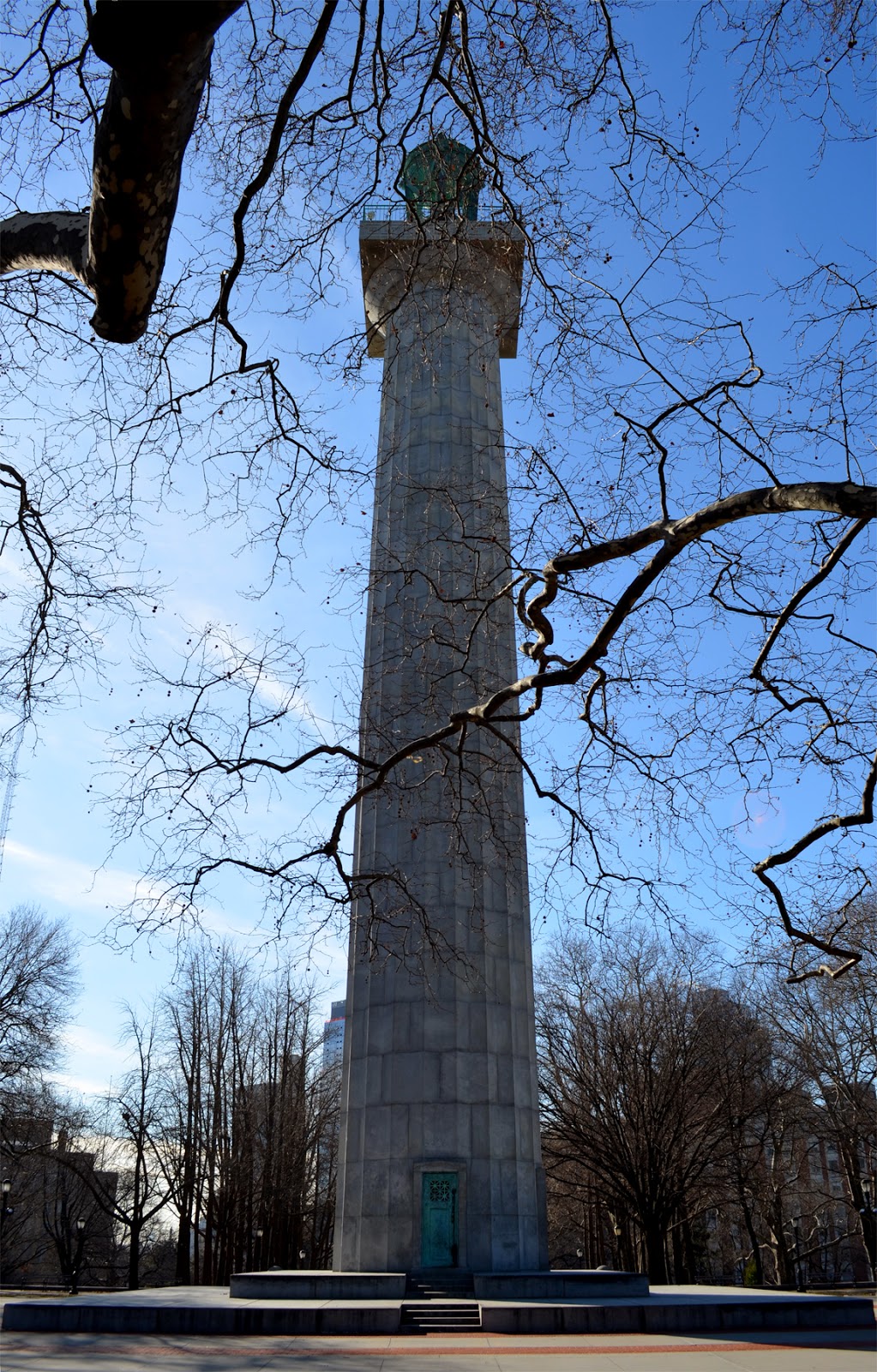 I do wish one could enter the crypt, or even the column, but the times (and the powers that be) don’t allow it.
Still, it was an interesting visit to a small slice of the area’s history. 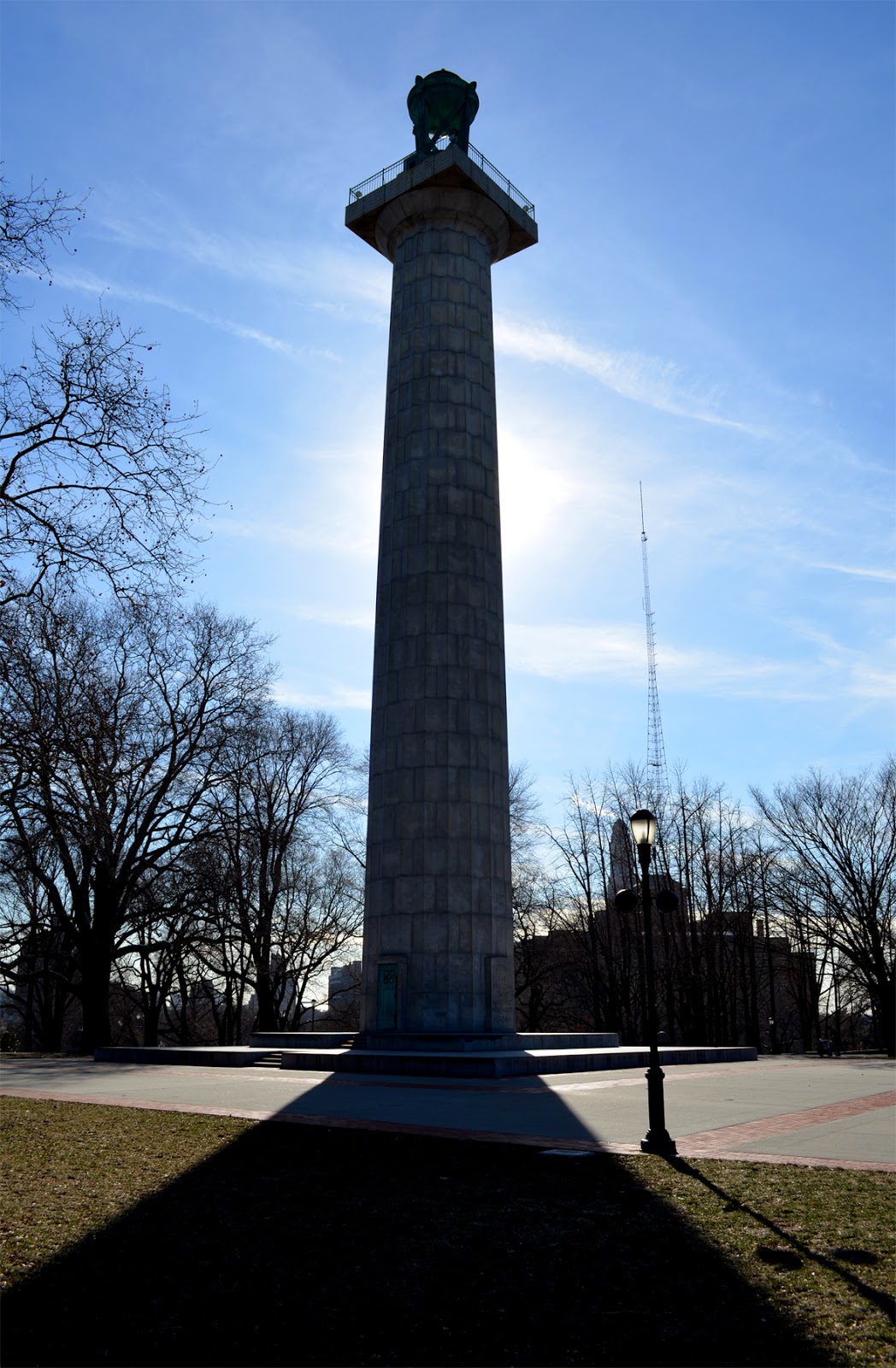