All Along the Hudson River (Part One)

On Manhattan's west side, along ten miles of the eastern banks of the Hudson River, stretch quite a few parks, all connected by the Hudson River Greenway walk and bike path.
In the six miles I'll cover in two posts, from 14th Street to 158th, the parks include Chelsea Waterside, Hudson River, and a large group of parks collectively known as Riverside, which stretches from 62nd Street, all the way up Riverside Drive, to 158th Street.
After passing the lightship Frying Pan at Pier 66, an old rusted ship where many great underground bands have played, and then passing over NYC's opening of the Lincoln Tunnel, you come across something you would not expect to be docked in a city like NY: a battleship. Permanently docked at Pier 86 is USS Intrepid CV-11 (also known as "The Fighting I"), which is now the Intrepid Sea, Air and Space Museum. 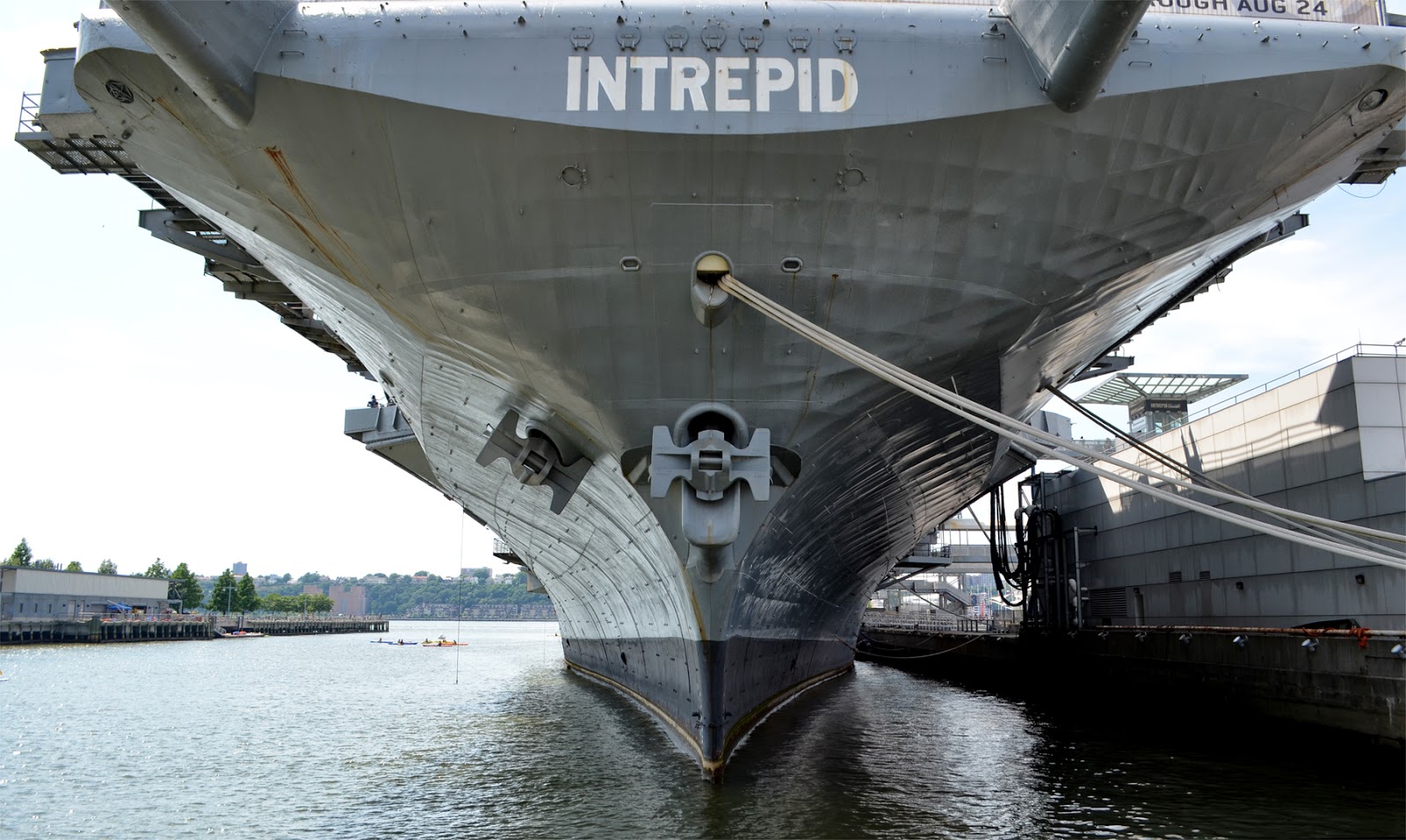 When done seeing this mammoth sight, keep heading north to Hudson River Park to check out the giant wine bottle you can live in, at Pier 96. 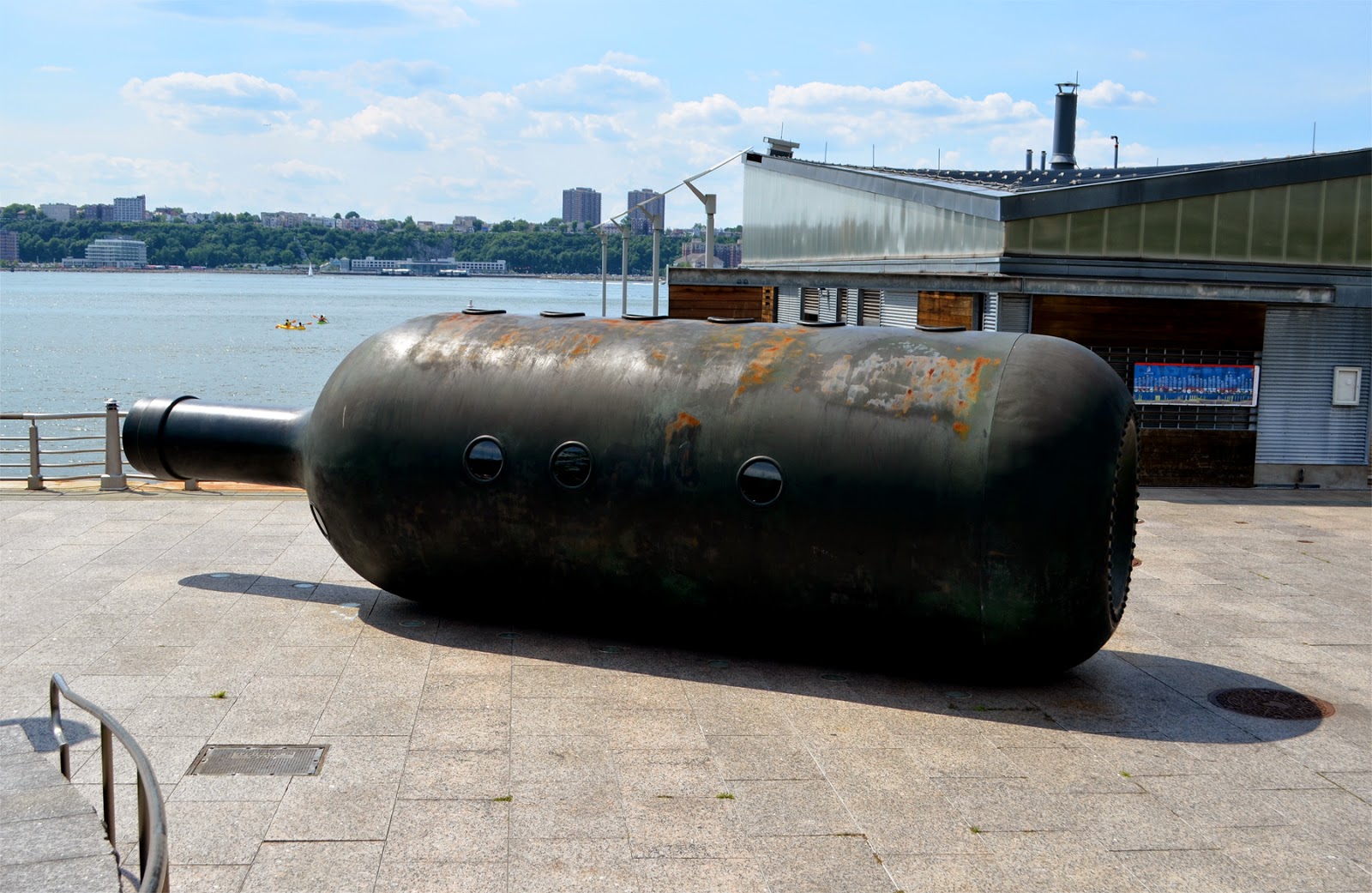 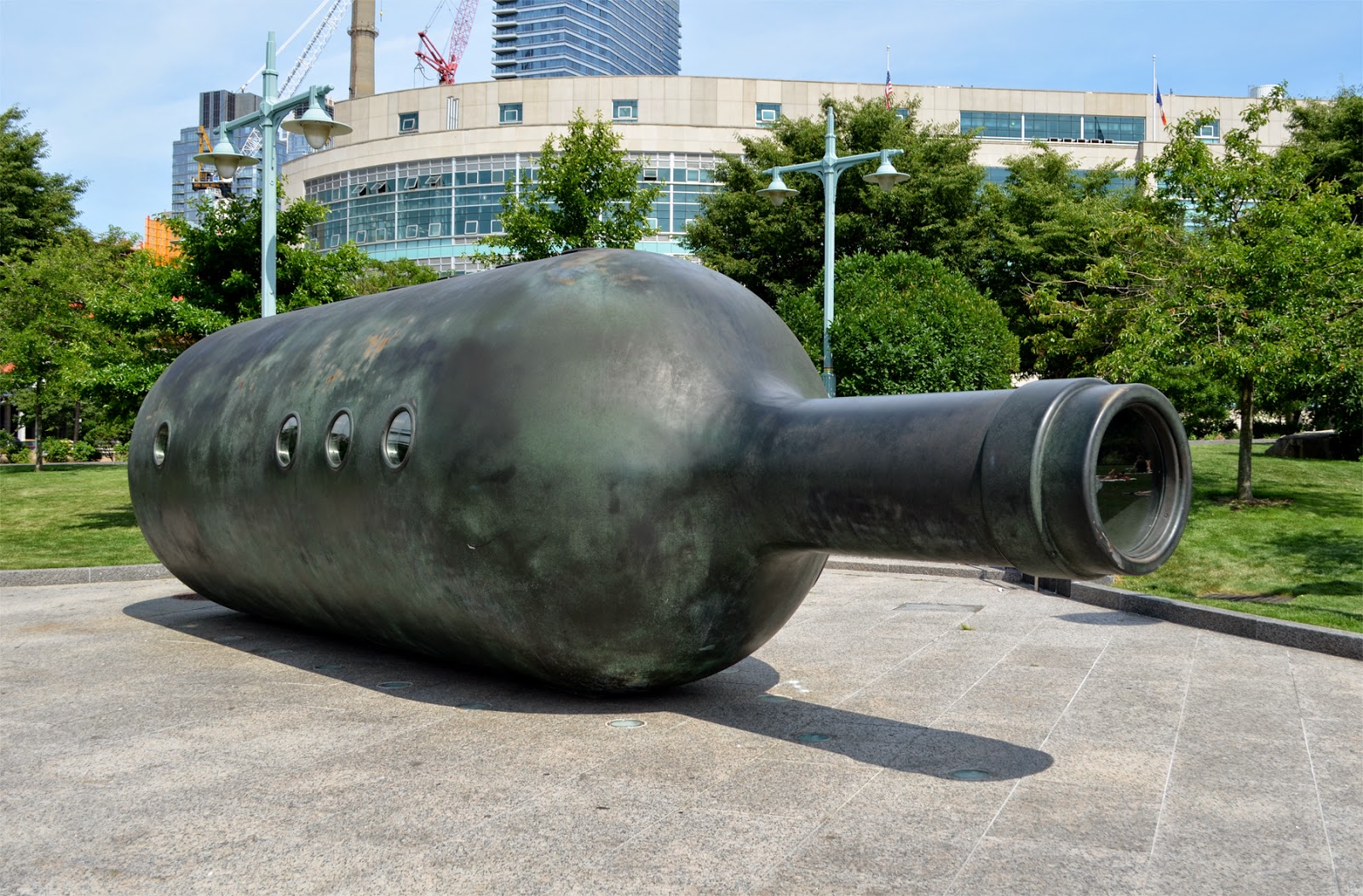 The art installation by Malcolm Cochran is titled Private Passage, and within the 30ft wine bottle is a replica of a stateroom on the Queen Mary ocean liner. 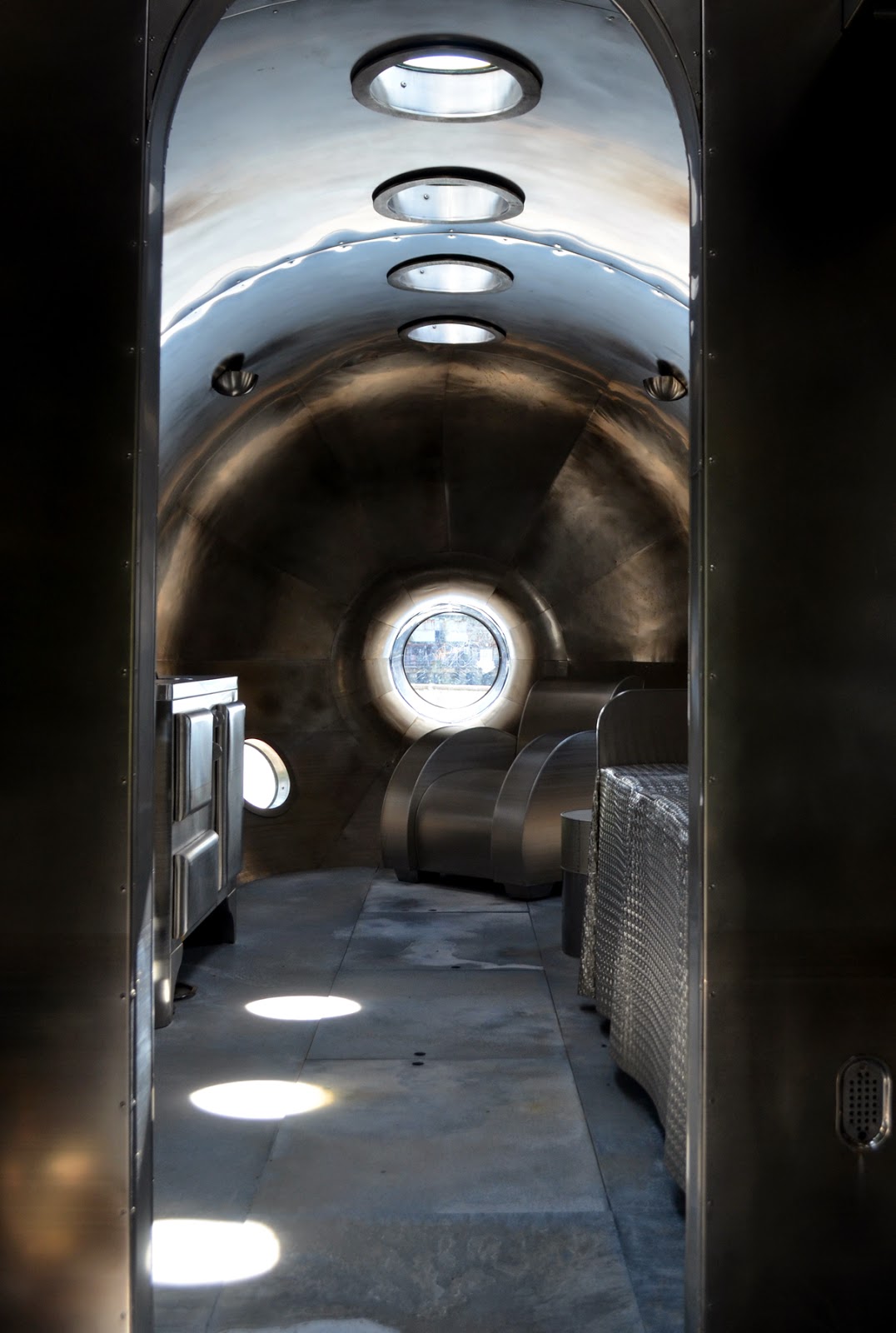 Last spot, on this half of my walk up the Hudson, is between 65th and 72nd Streets, which inheres Riverside Park South. Much of the area was landscaped by Frederick Law Olmsted (who also designed Central Park), beginning in 1875, and has continually been a shady spot to, literally, leave the city behind you. While the park contains many wonderful installations and works of art by a handful, what I came to see is the old 69th Street Transfer Bridge. 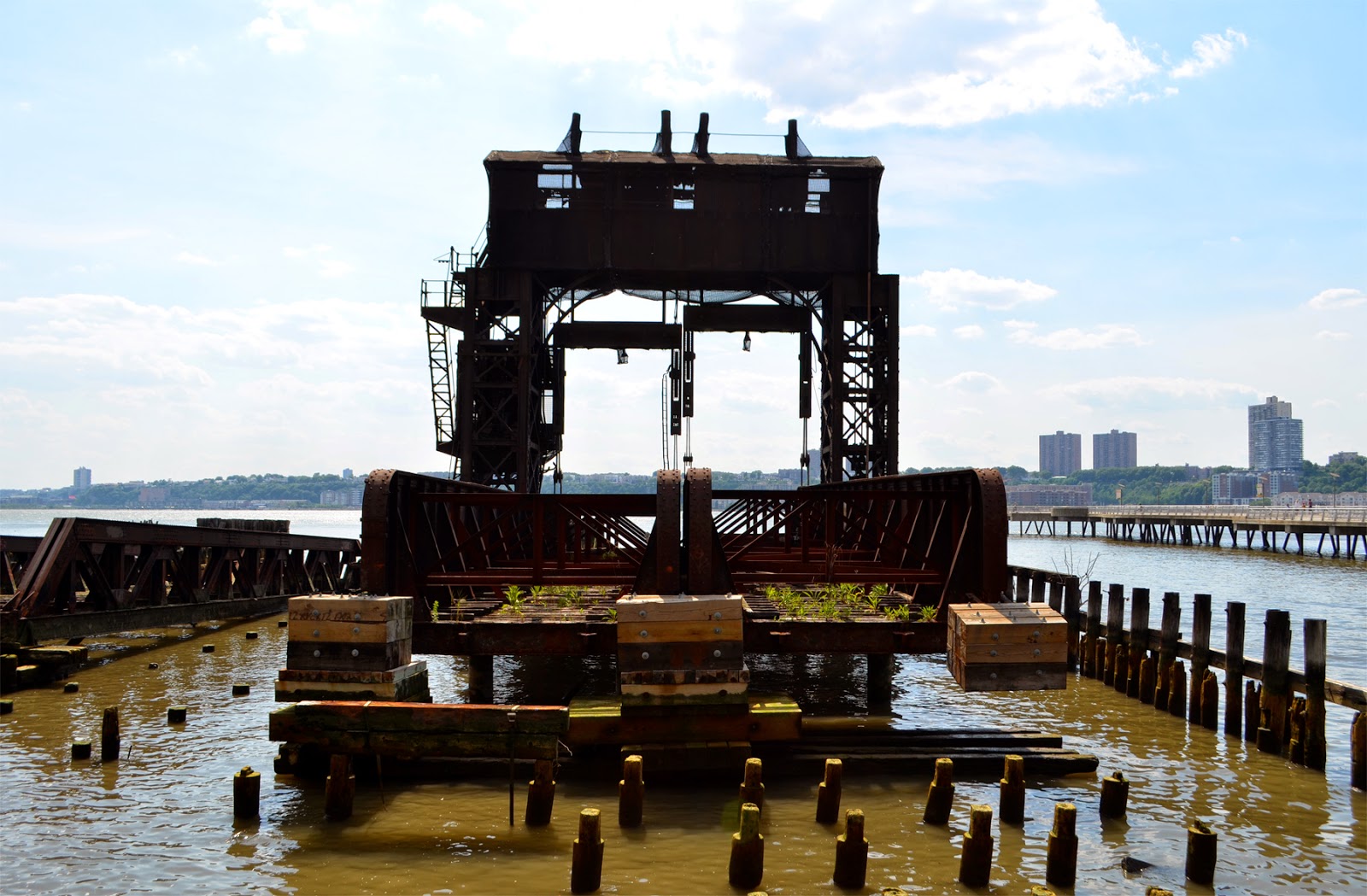 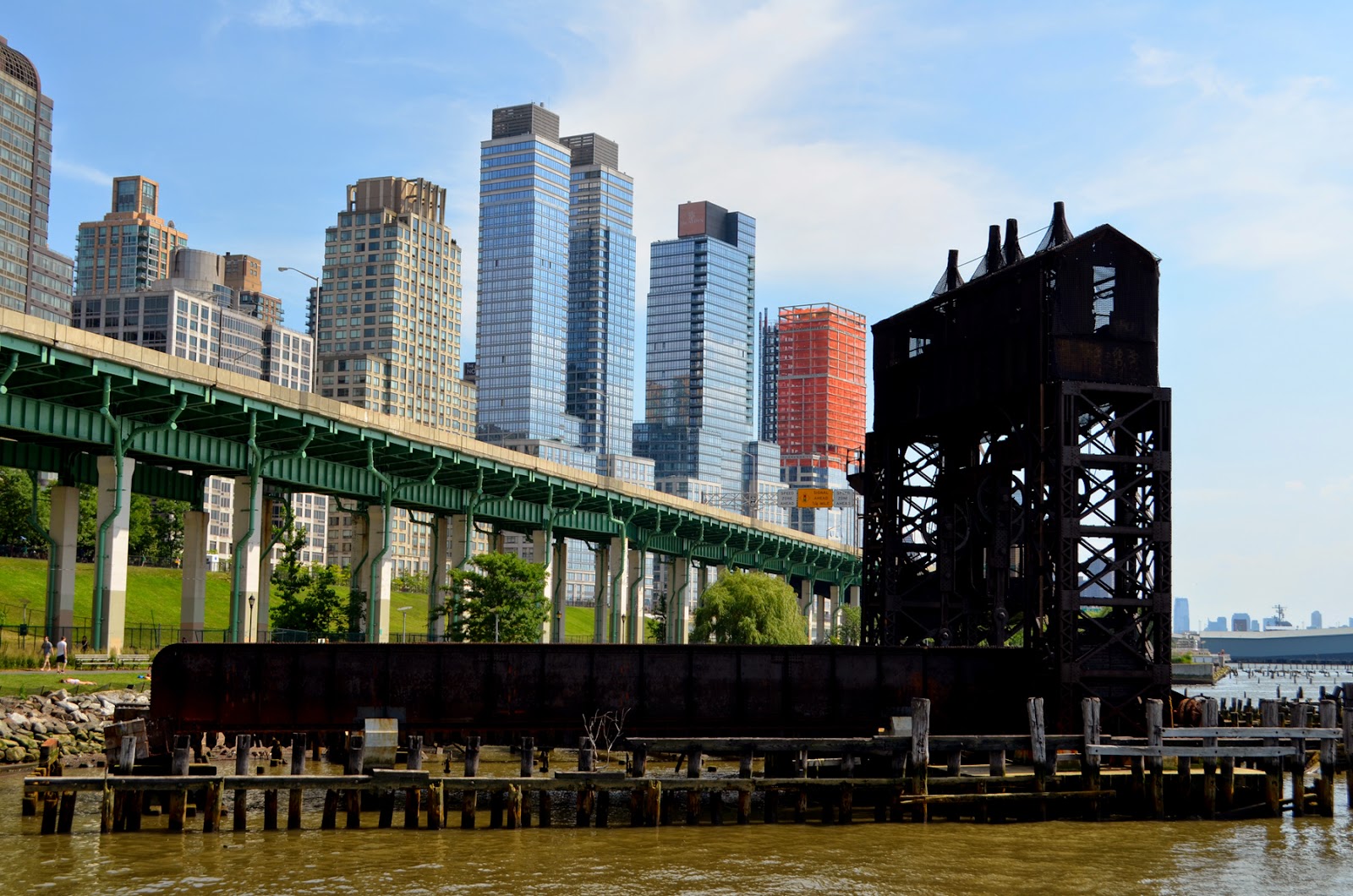 This old and destroyed section of rail was part of the West Side Line of the New York Central Railroad, originally used for the transfer of railroad cars from NYC to the Weehawken Yards in New Jersey.
In 2000, while renovating the park, the city decided to keep the old bridge up, and attempt to preserve it, by also adding the diesel-switcher train car NYC 8625 to commemorate the line, though that particular car never ran it. 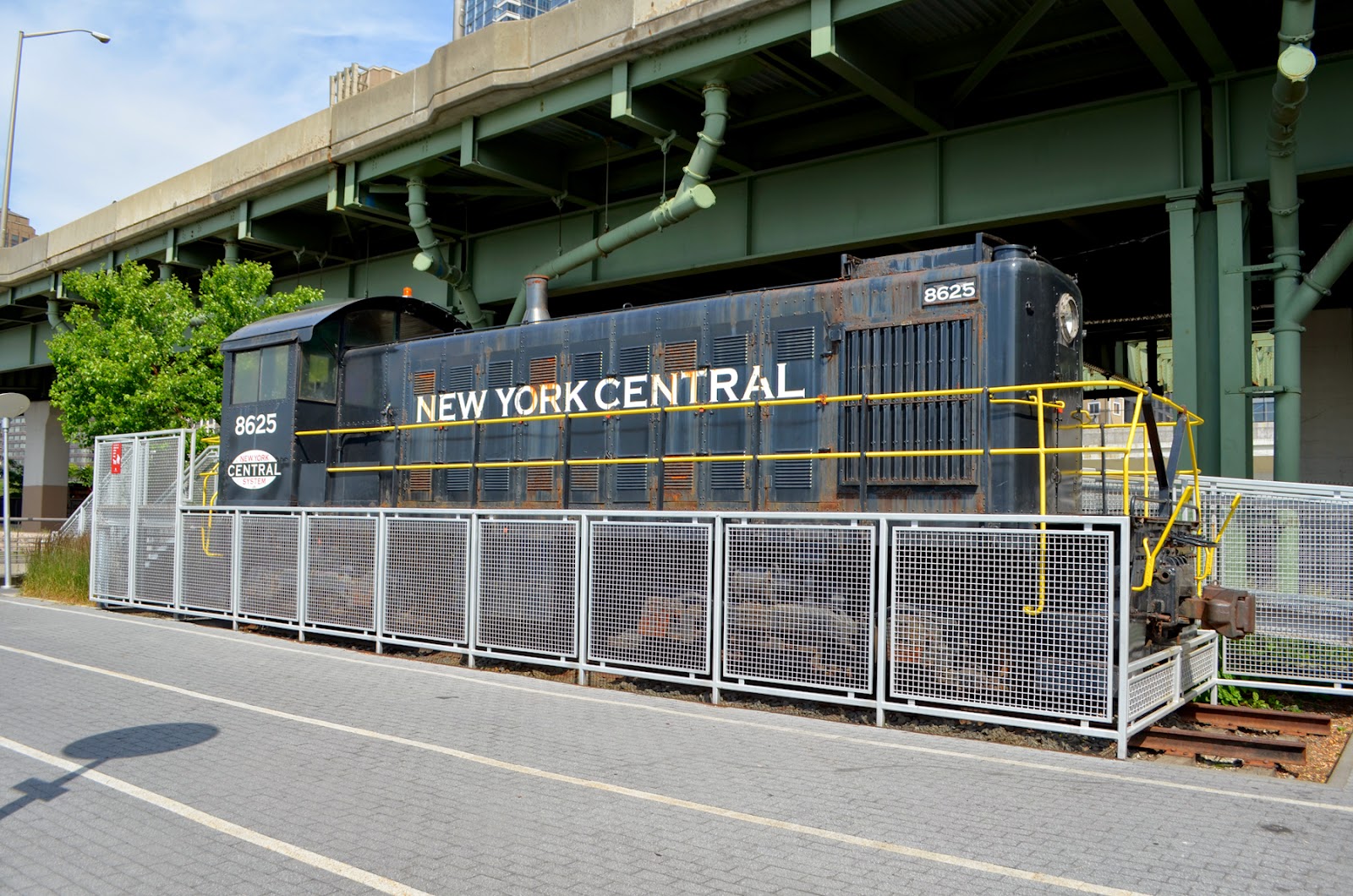 The area was added to the National Register of Historic Places in 2003.

The Daily News (aka The Daily Planet)

If you've seen the 1978 big screen version of Superman, you may be familiar with these two sights. 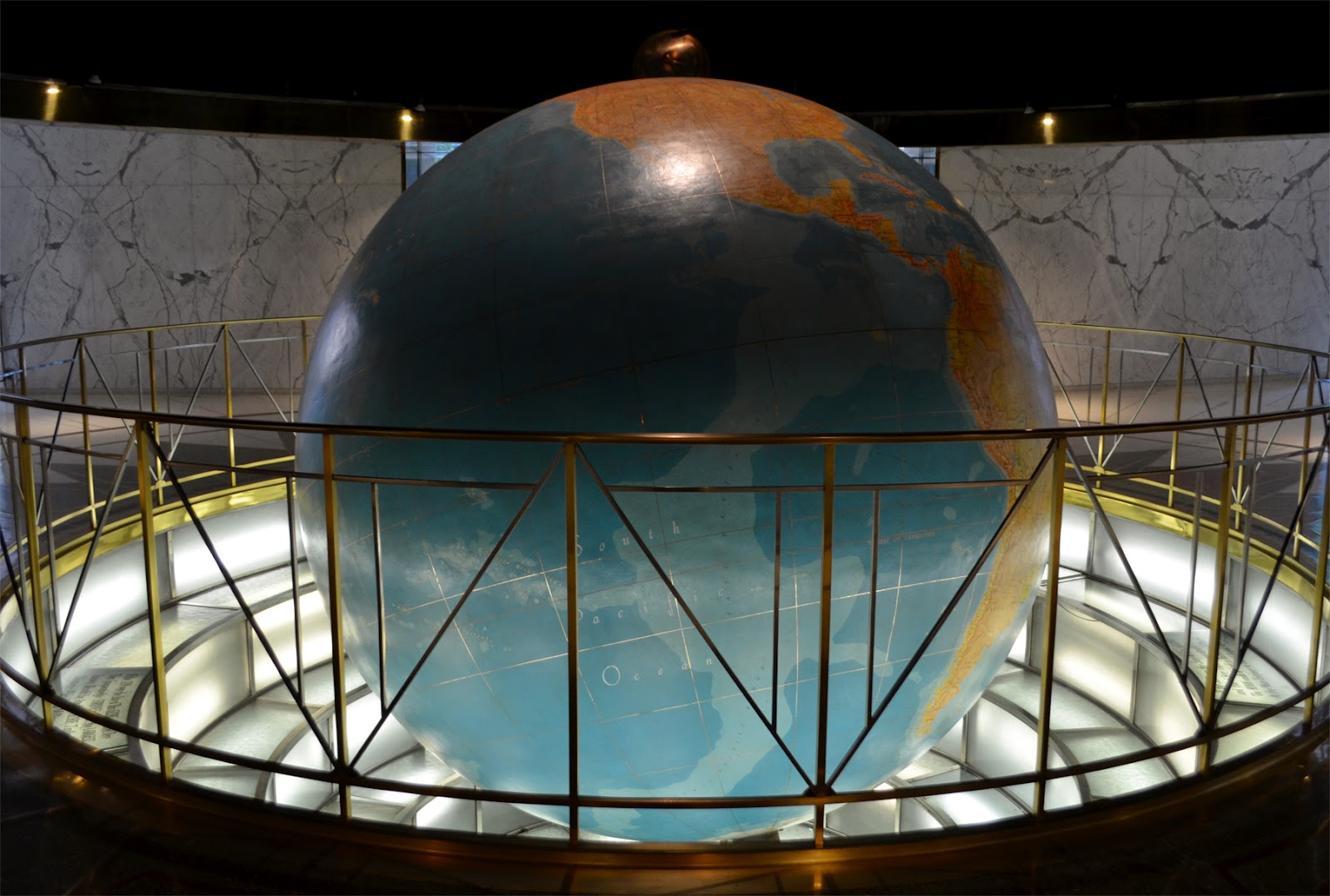 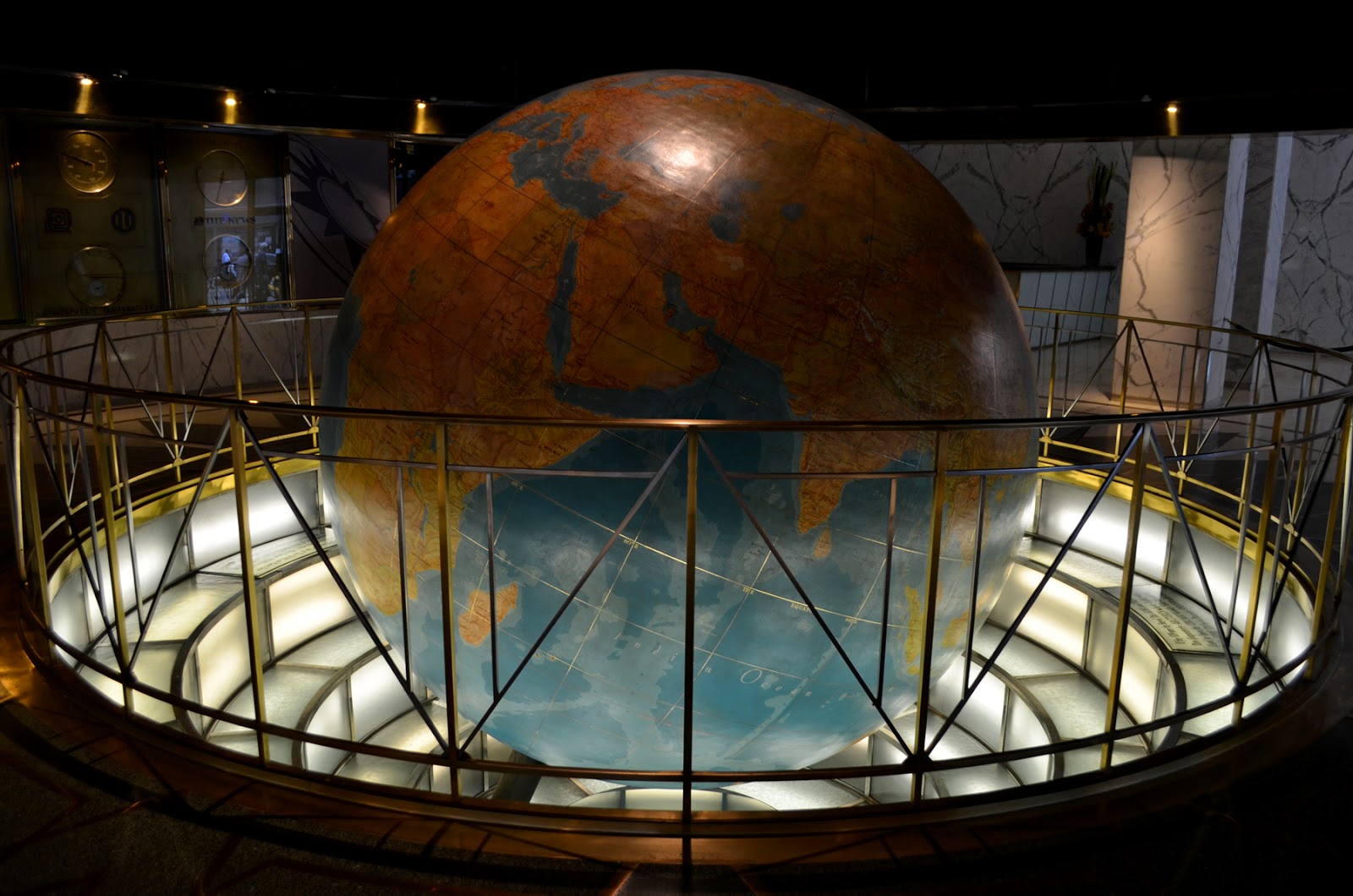 Clark and Lois stroll across the scene as it serves as the lobby of the fictional newspaper The Daily Planet.
Originally, the building was The Daily News' headquarters from when built, in 1929, to 1995. 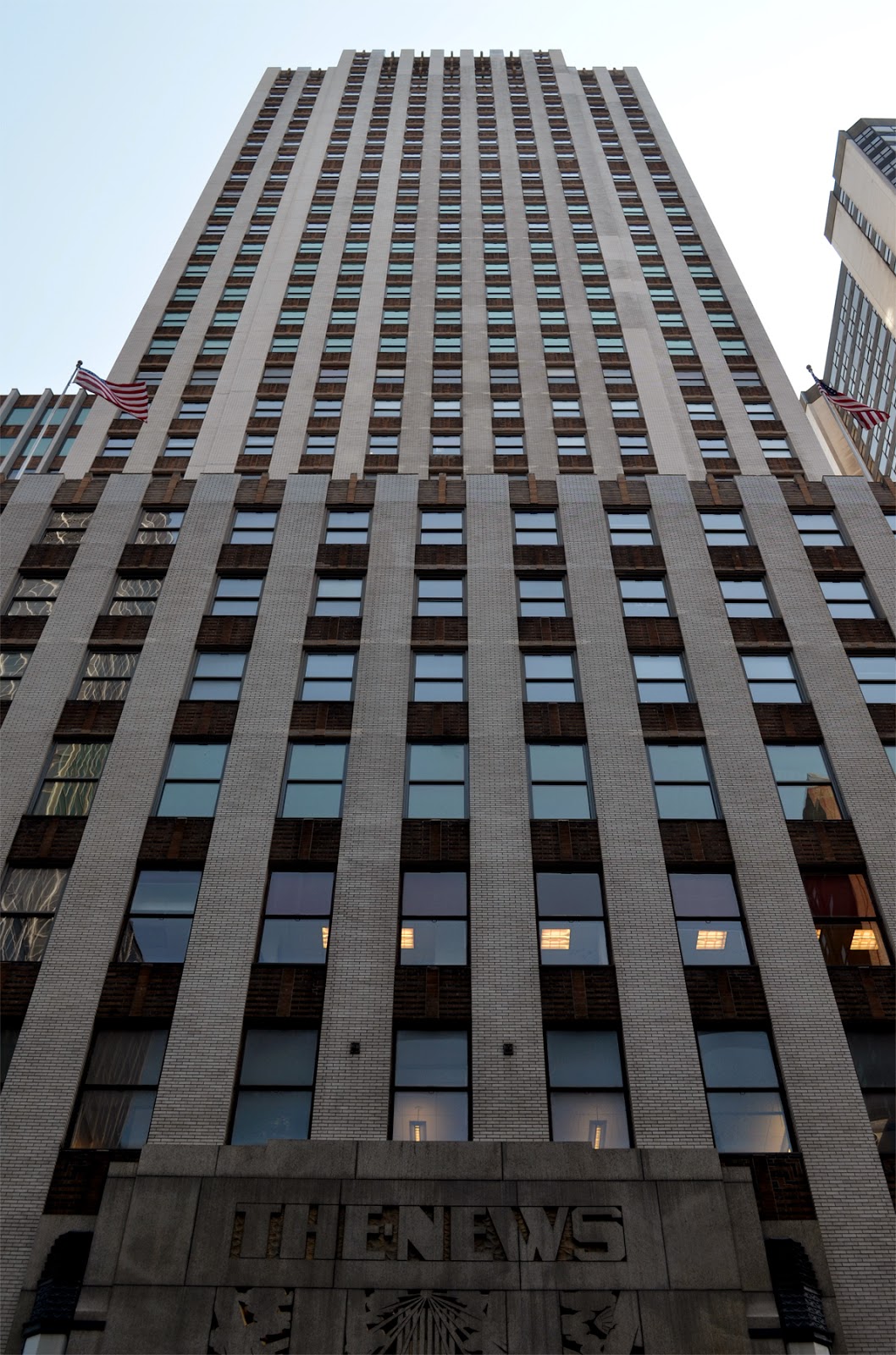 The globe in the lobby is still the largest indoor globe, and is considered a permanent educational exhibit... 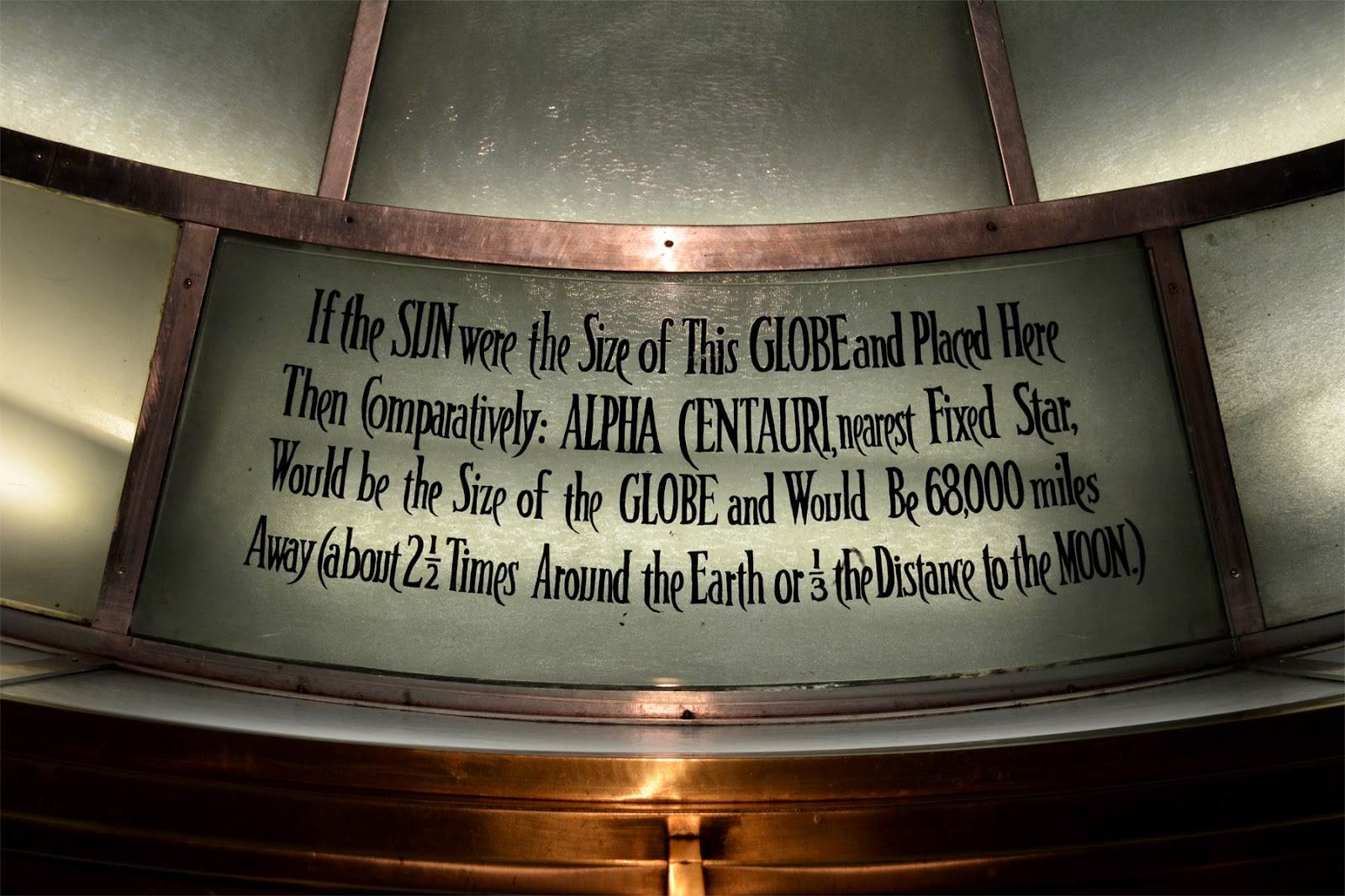 ...though its map has not been recently updated to fit world events. 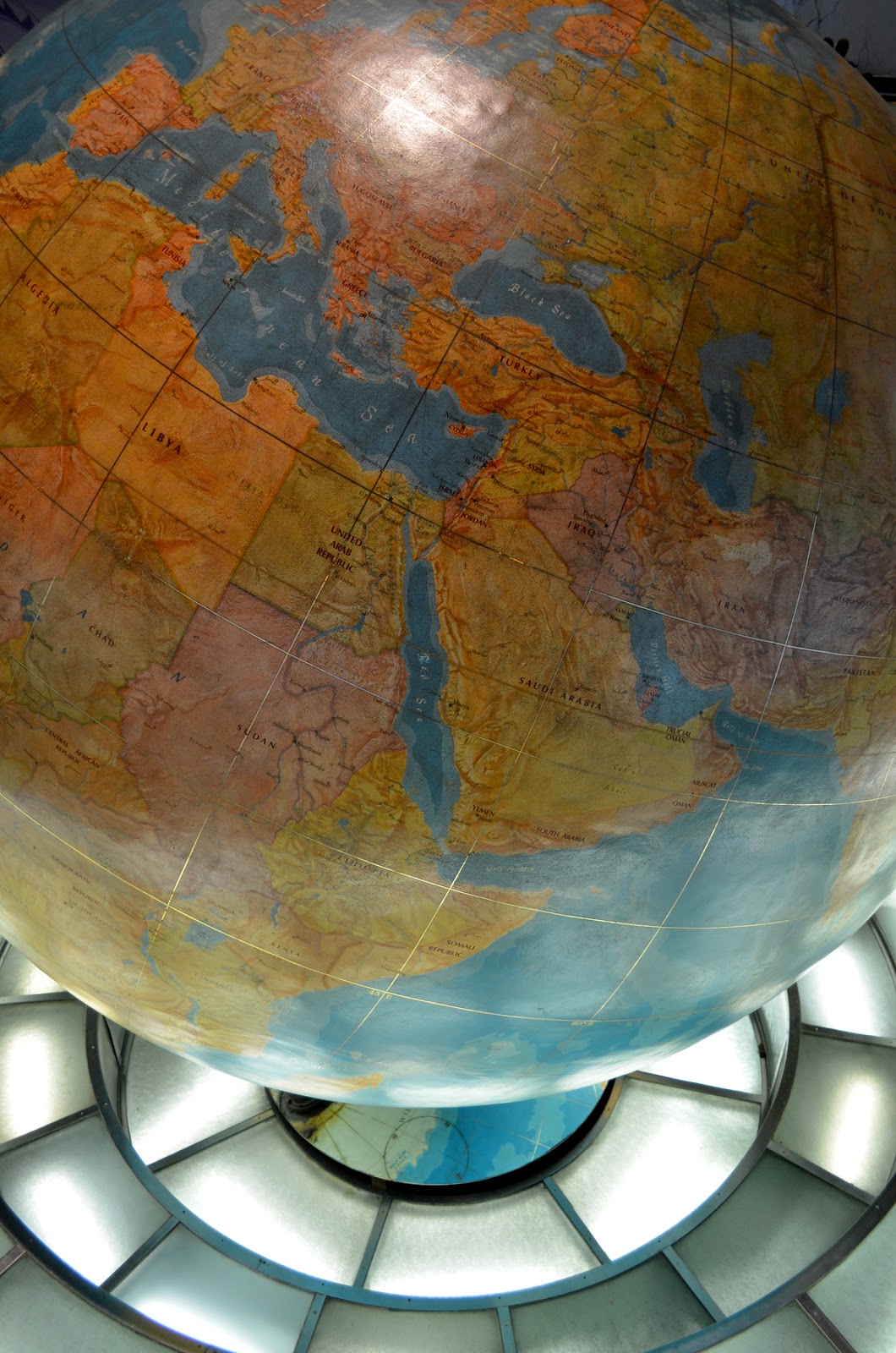