I thought a fun way to spend some time would be to visit the oldest house in Manhattan. 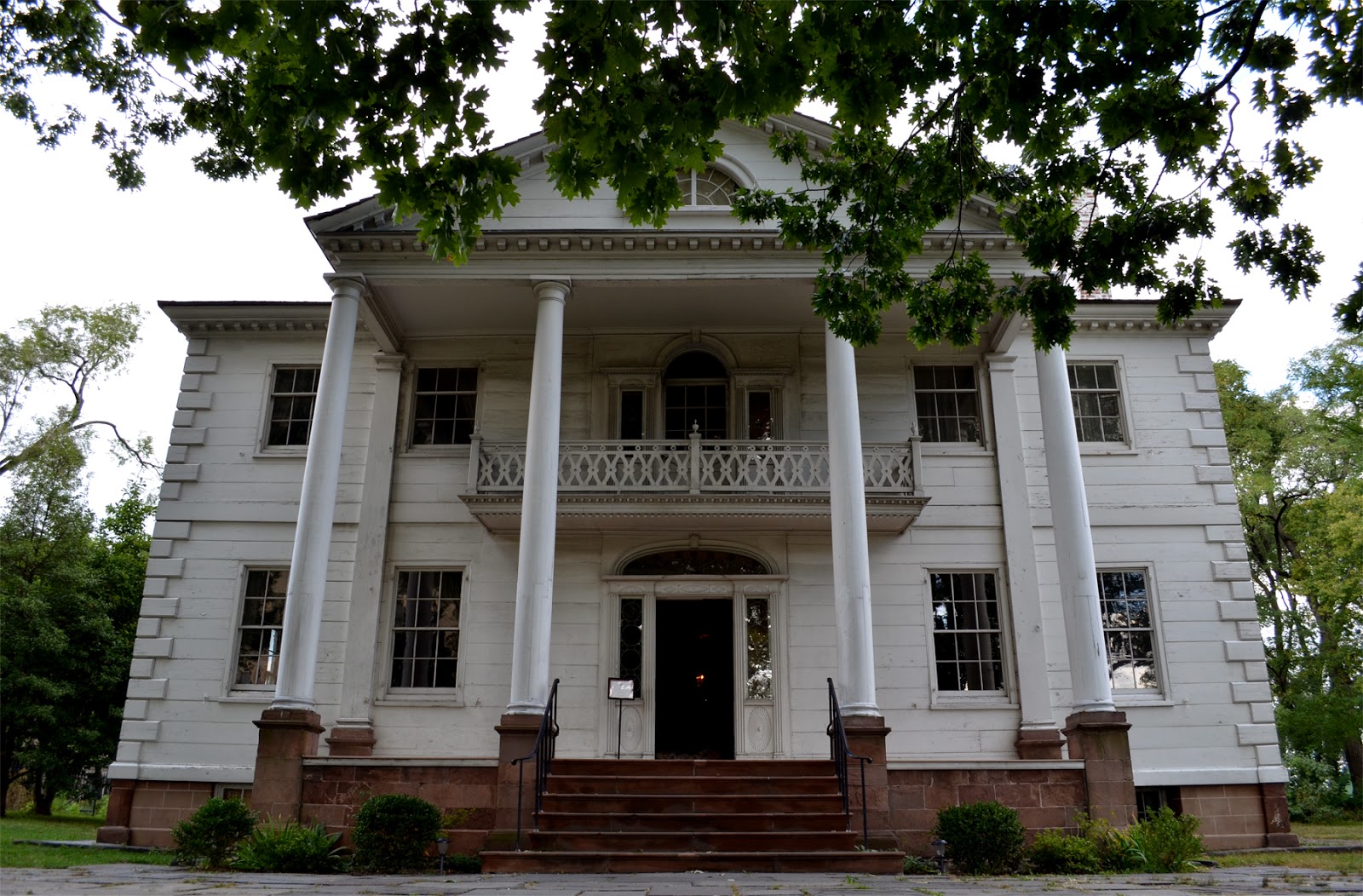 The Morris-Jumel Mansion was built in 1765 by a British colonel. The home was confiscated during the Revolutionary War, and George Washington used it as a crash pad.
In 1790, he threw a dinner party, where he entertained Thomas Jefferson and others in the Octagon Room. 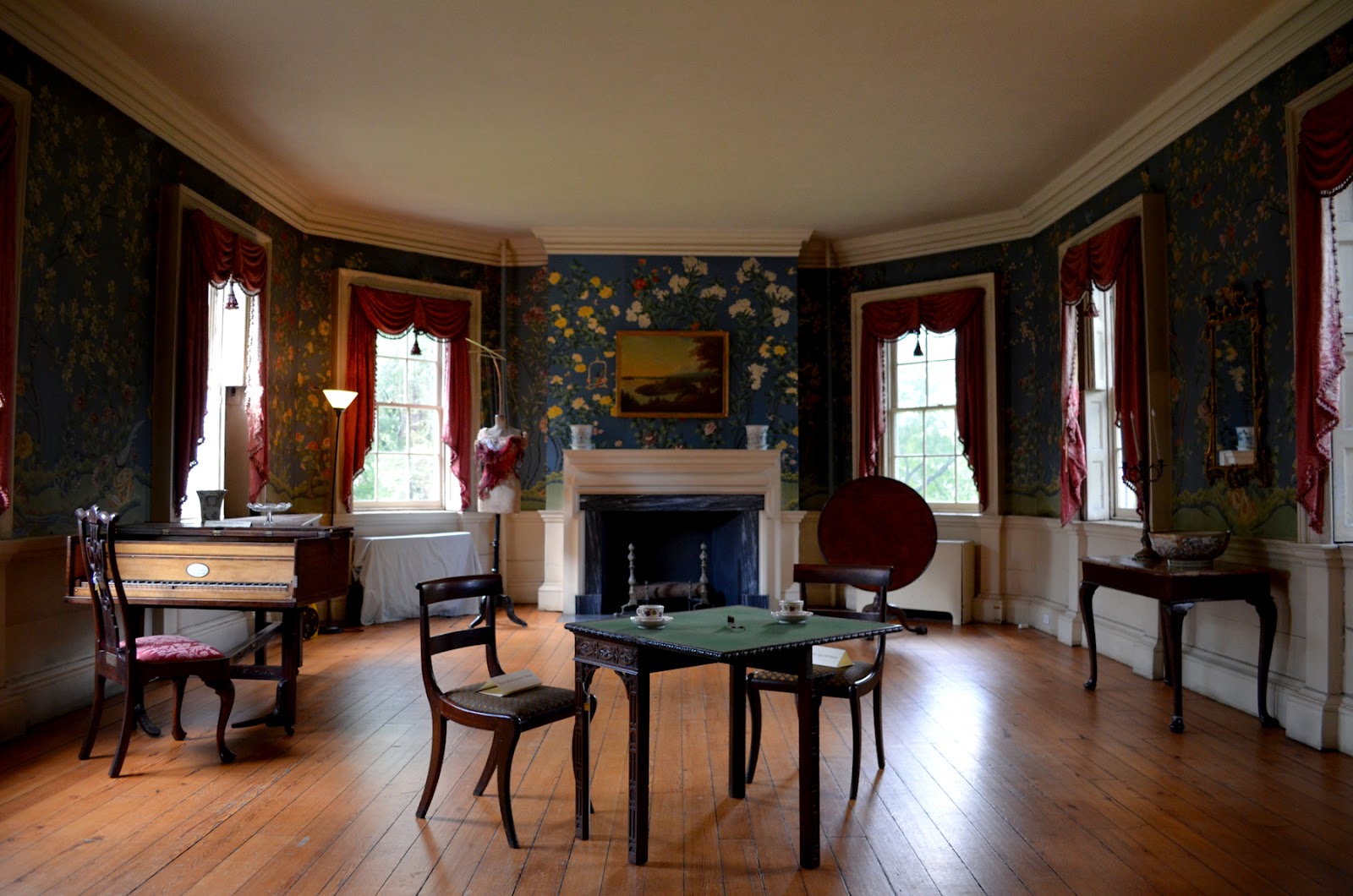 This was Washington’s bedroom and study. 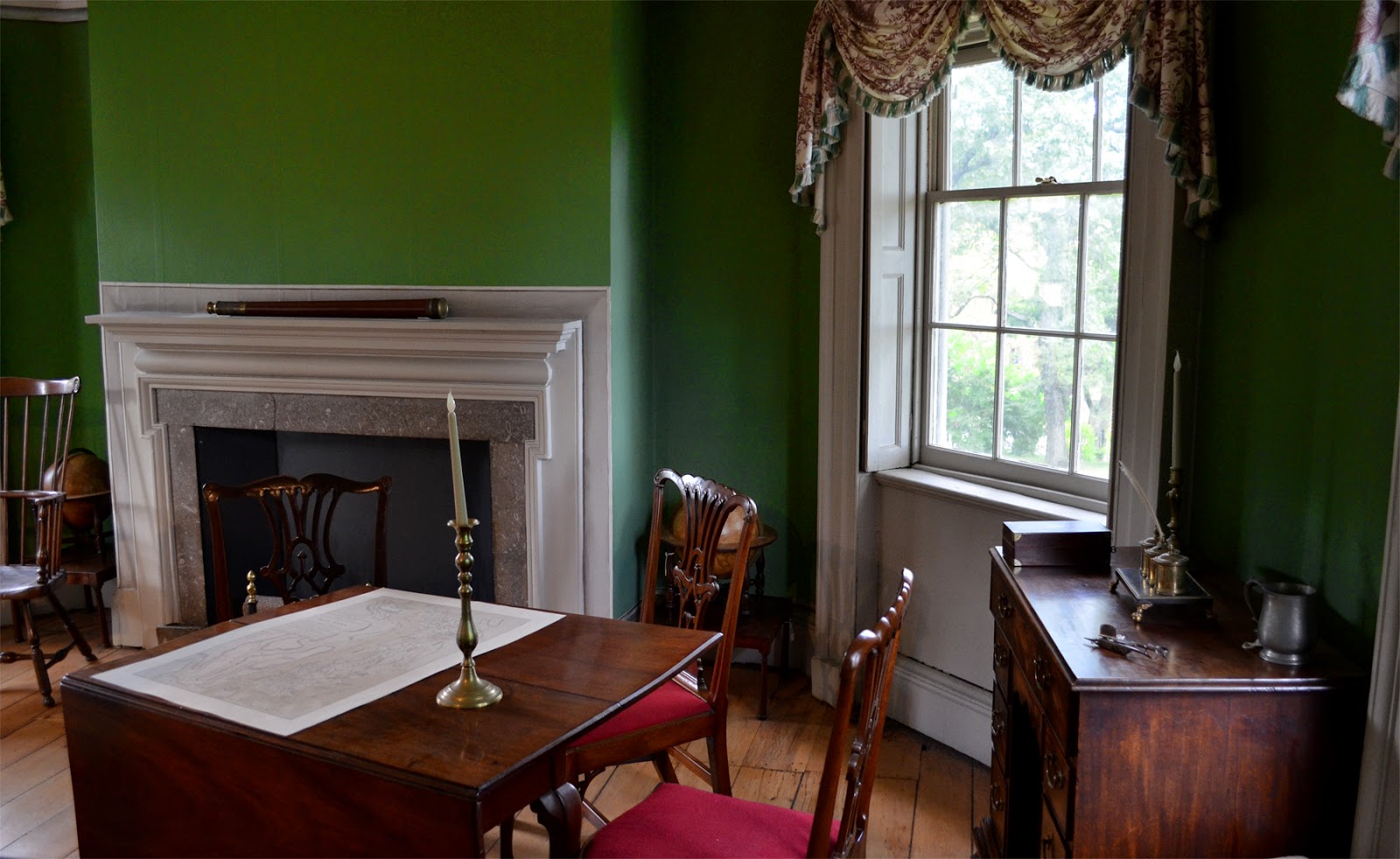 The home was later sold to a French wine importer named Stephen Jumel. After his death, his ex married Alexander Hamilton’s murderer, Aaron Burr.
This is one of the Madame’s bedrooms. 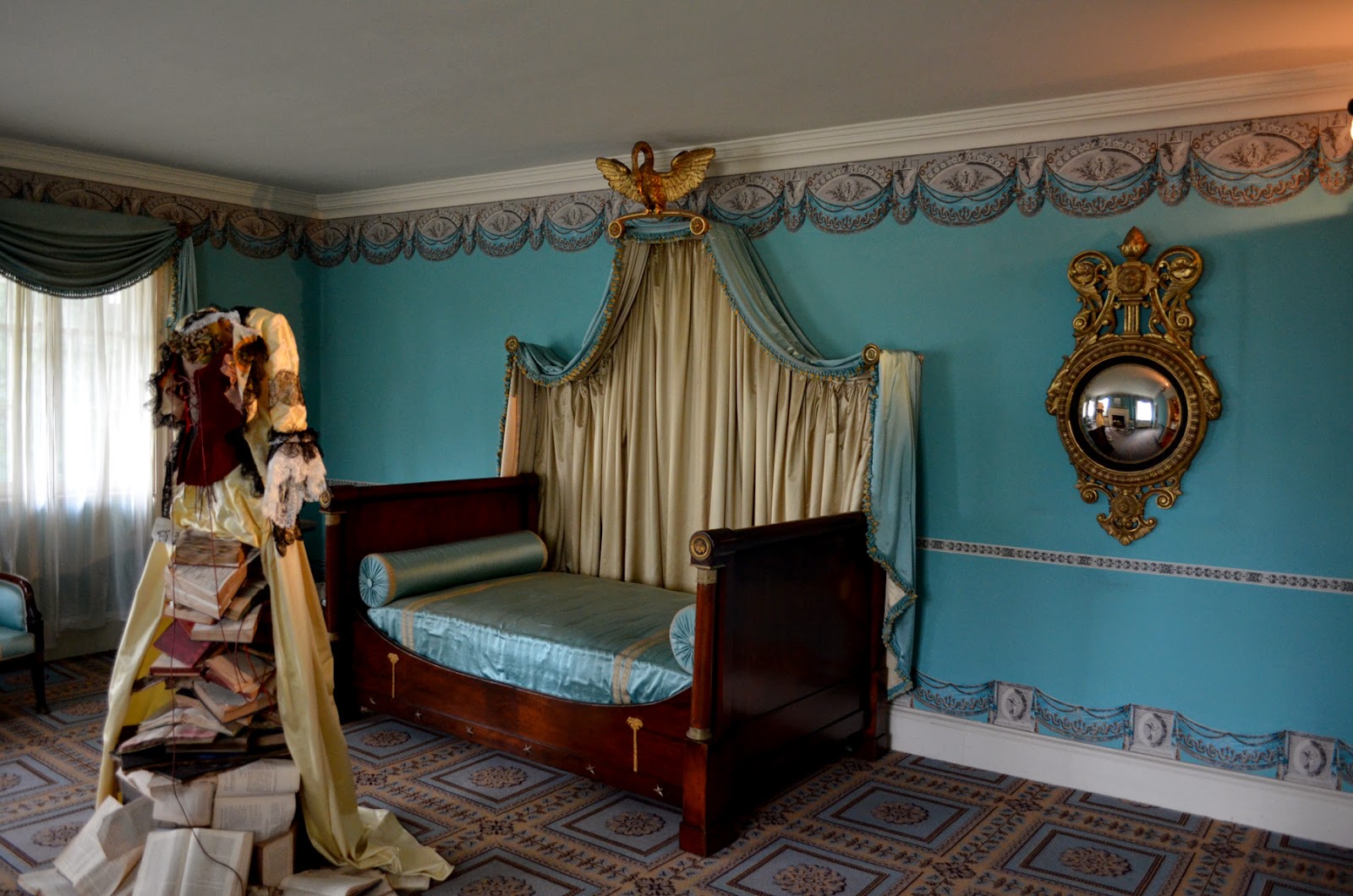 After the wonderful visit inside, and a stroll though the property's garden, I walked up High Bridge Park to see, both, the park's namesake, which is the 2nd oldest pedestrian bridge in Manhattan (first built in 1860, and finished in 1883), and the High Bridge Water Tower, which was built in 1872. 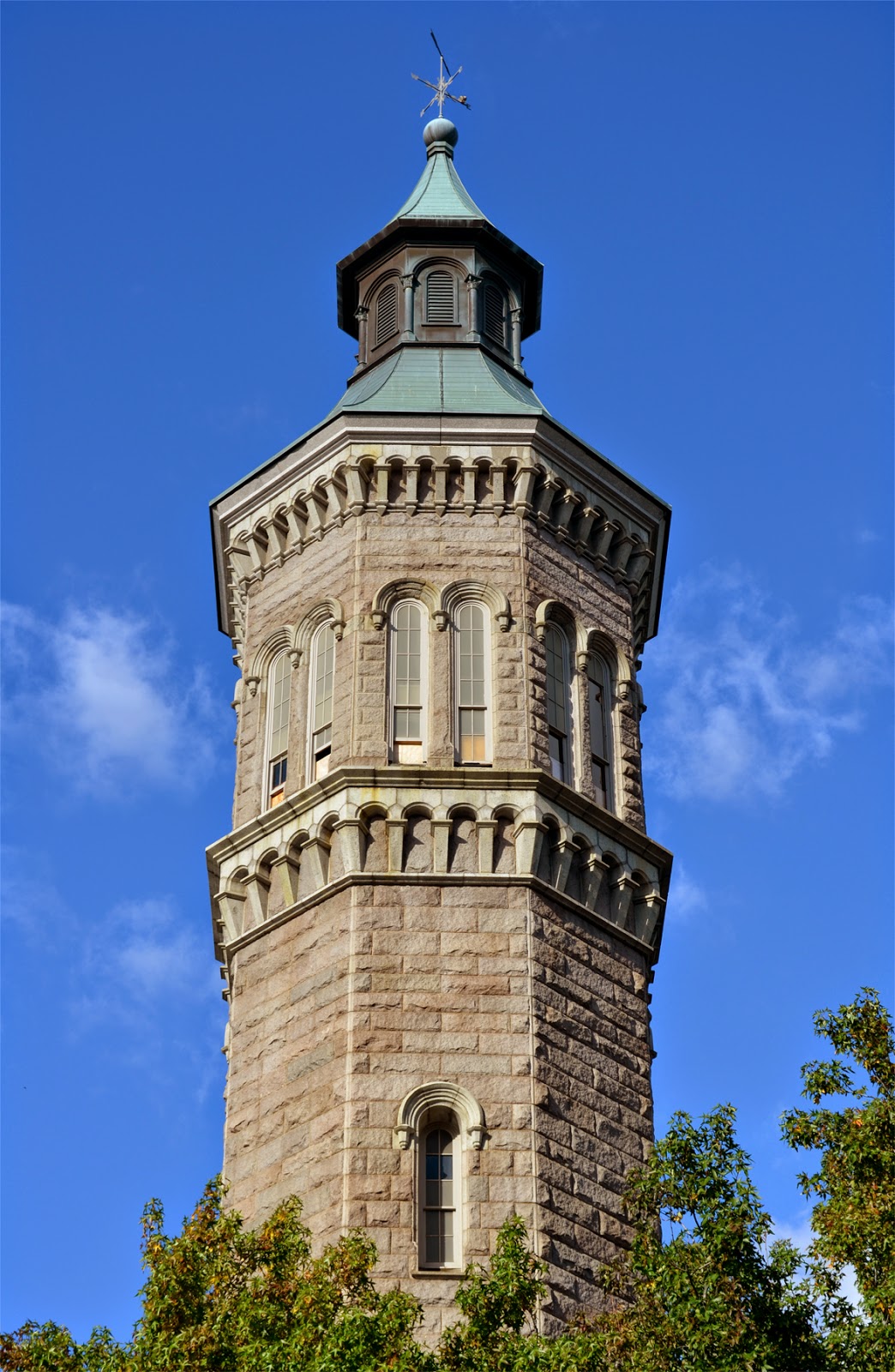 All Along the Hudson River (Part Two)

Let’s continue the walk up Manhattan's west side, as we traverse the eastern banks of the Hudson River, along the Hudson River Greenway walk and bike path.
After Riverside Park South (see last entry), the next interesting sight to come across is the Soldiers' and Sailors' Monument, located on 89th Street. 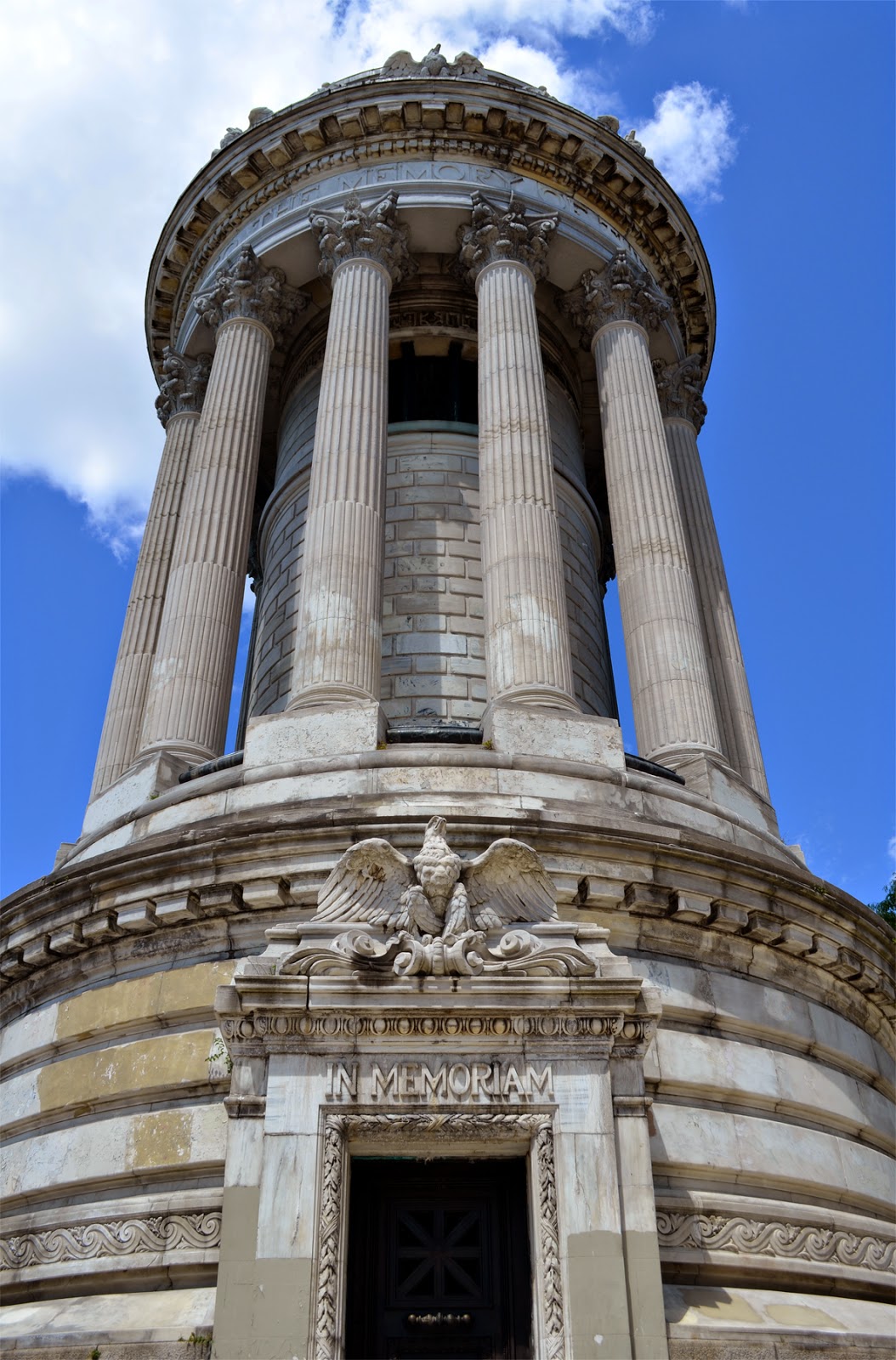 Built in 1900, it is a white marble monument to Union Army soldiers of the American Civil War. The idea first came about in 1869, and planning began in 1893, though the original site was to be on 5th Ave and 59th Street. The look was designed by architects Charles and Arthur Stoughton, after a public competition. The area was designated a landmark in 1976 by the National Registry, and later in 2001 by the New York Landmark Commission. 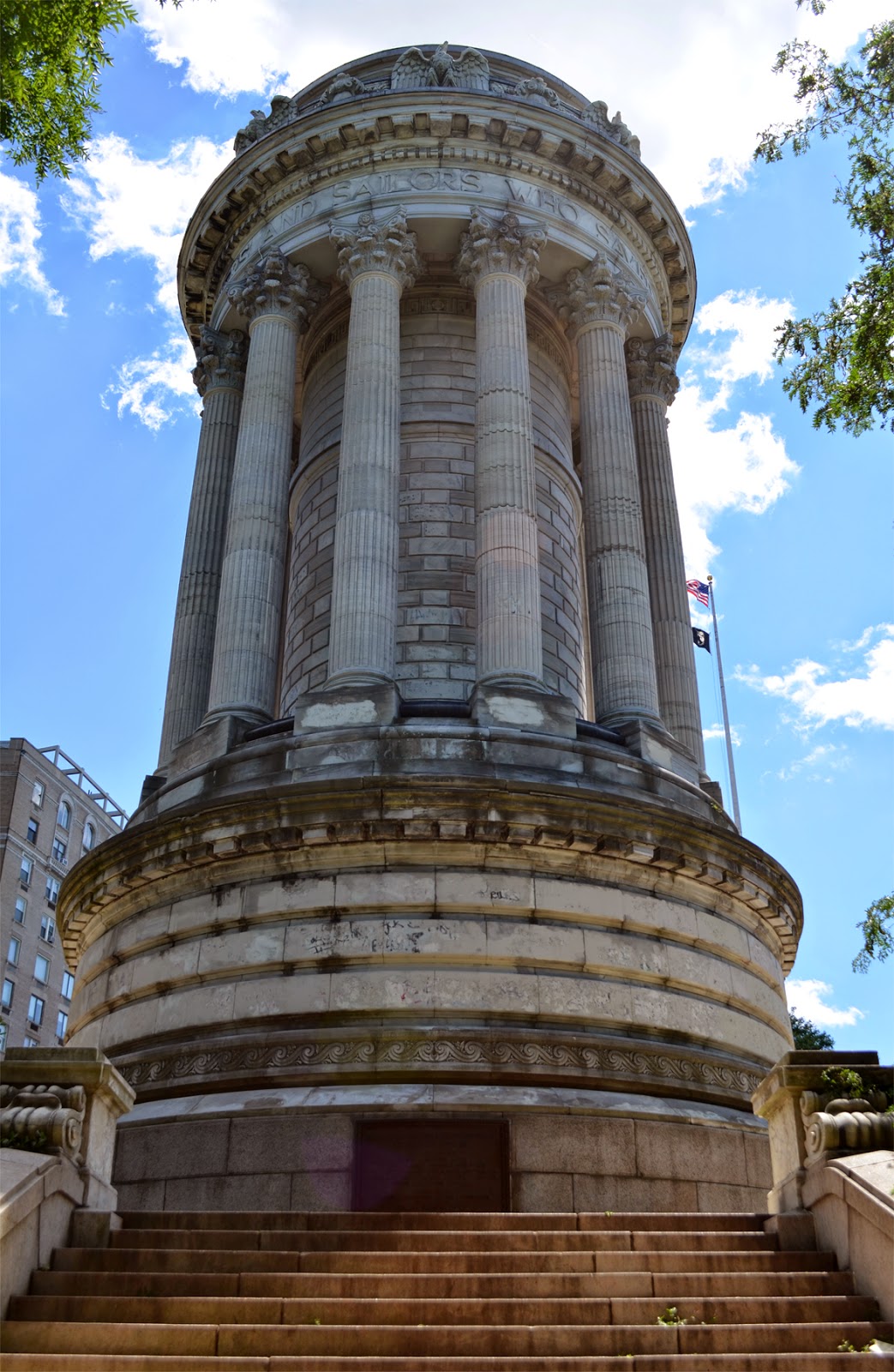 A little north of the Soldiers' and Sailors' Monument, at 93rd Street, one will find a statue of Joan of Arc on a horse, which was sculpted by Anna Hyatt Huntington, with architectural design by John V. Van Pelt.
It is possible this is the first statue in Manhattan of a historical female figure, as well as one created by a woman. The monument was revealed to the public in December of 1915, and was presented to mark the 500th anniversary of the saint’s birth.
I ended my walk at about 125th Street, where both Grant’s Tomb, and Riverside Church are located. 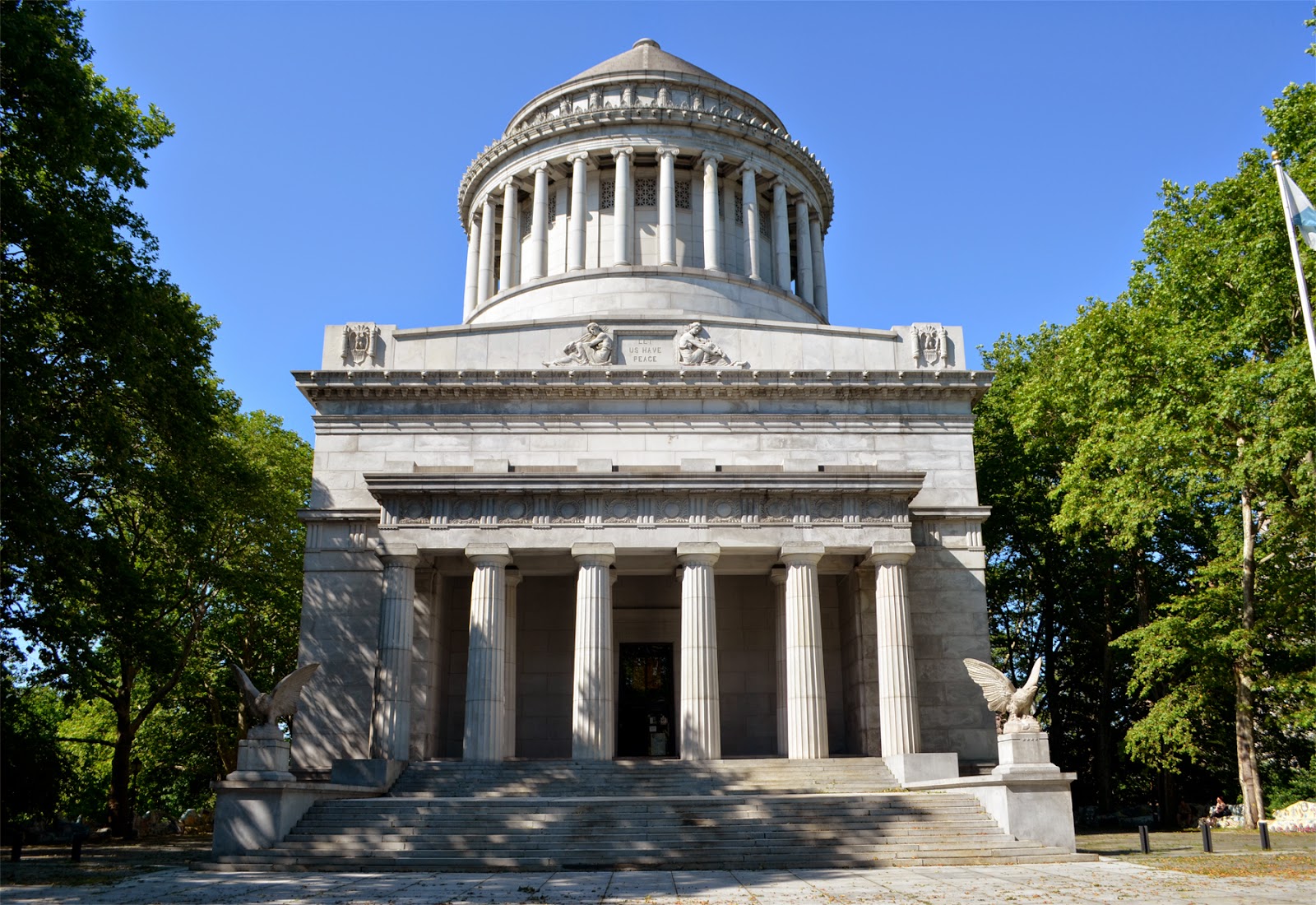 After the death of then President Ulysses S. Grant in 1885, his family decided to keep his remains in NYC. Soon after, mayor William Russell Grace pleaded with the public to create a national monument in Grant’s honor.
Decided in a public competition in 1889, the winner was architect John Hemenway Duncan, who, in 1883, constructed the Washington Monument at Newburgh, and the Tower of Victory. 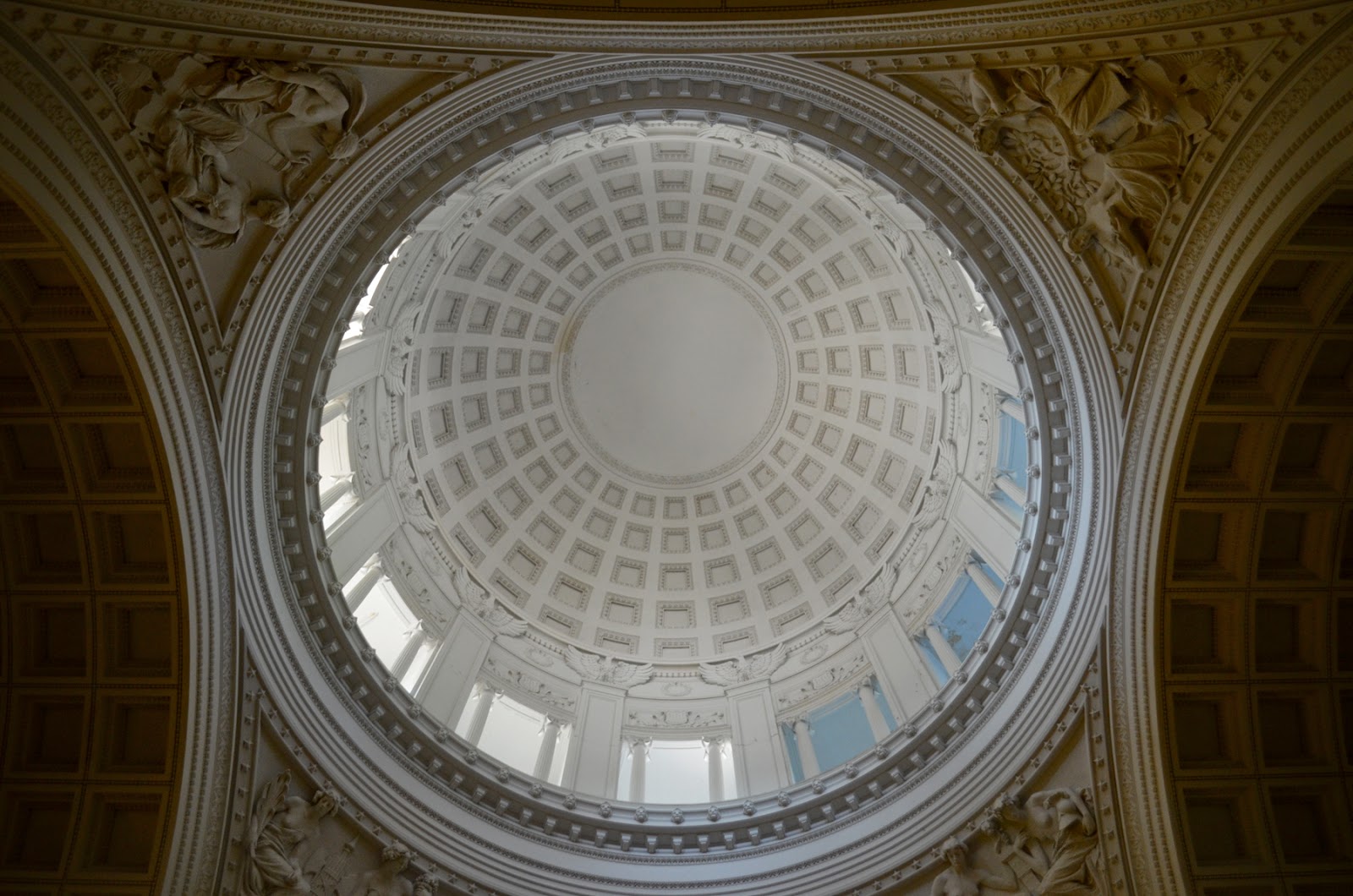 He designed the tomb's granite exterior after the Mausoleum of Halicarnassus, and the interior, with the twin sarcophagi of Grant and his wife Julia, are modeled after the sarcophagus of Napoleon Bonaparte. 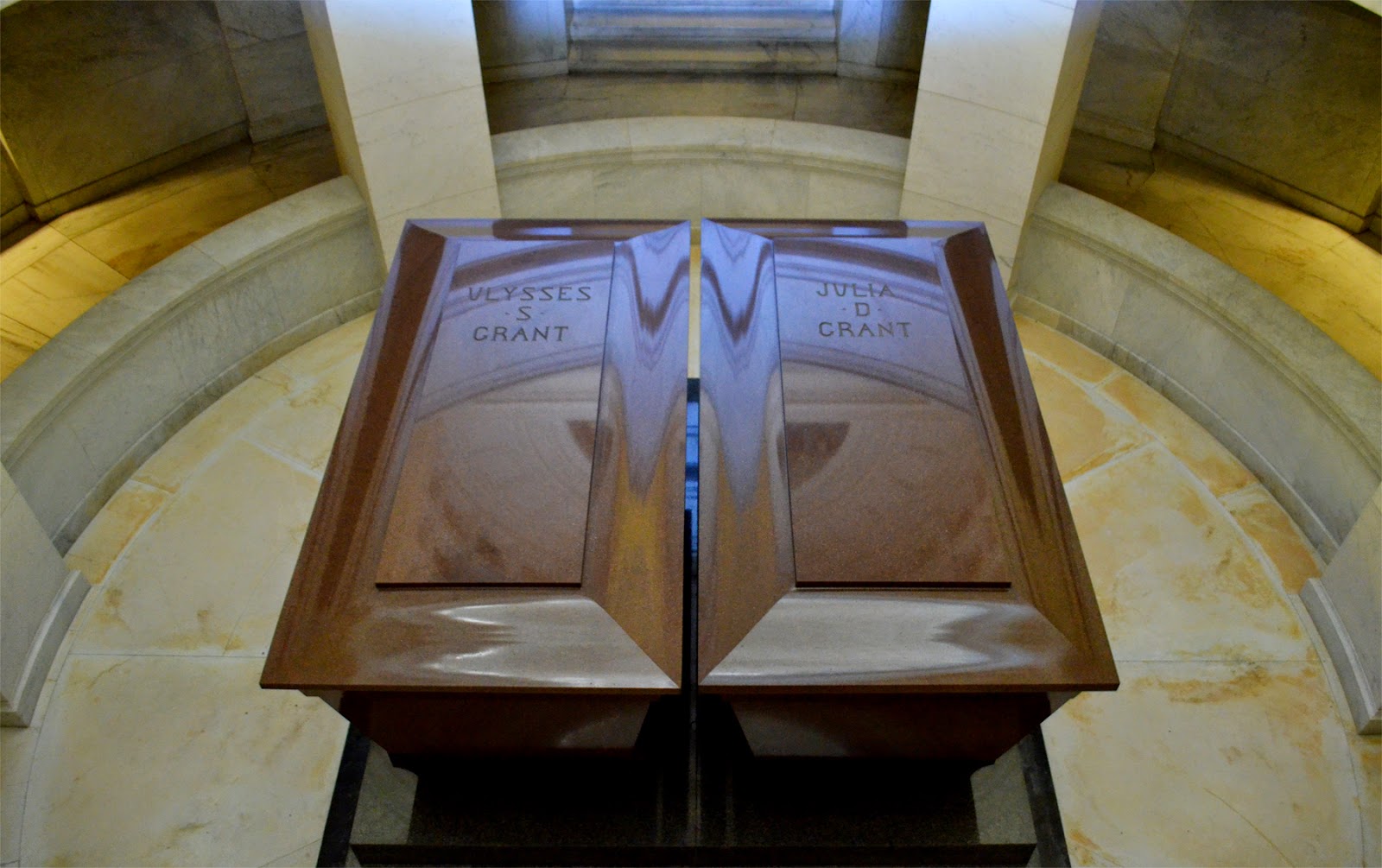 The Amiable Child Monument is located just north of Grant's Tomb. It’s a small slab dedicated to a young boy who died in the area near New York City in 1797, placed there by, either, the boy’s uncle or father. The site is one, of only two, single-occupancy graves in Manhattan (the other is Worth Square).
A little north of the area, the Hudson River Greenway keeps going, but, after Riverside State Park (on 138th Street), it does not reconnect to another park, until Two Riverside Drives Park along 158th Street, so it may be best for the weary to stop and rest at Riverside Church.
Located on 120th Street, and Riverside Drive, in Manhattan's Morningside Heights neighborhood, it is considered one of the most beautiful churches in the city.
Conceived by industrialist  John D. Rockefeller Jr., and minister Harry Emerson Fosdick, the church was built in 1927, and nave was designed after the 13th-century Gothic Chartres Cathedral in France. 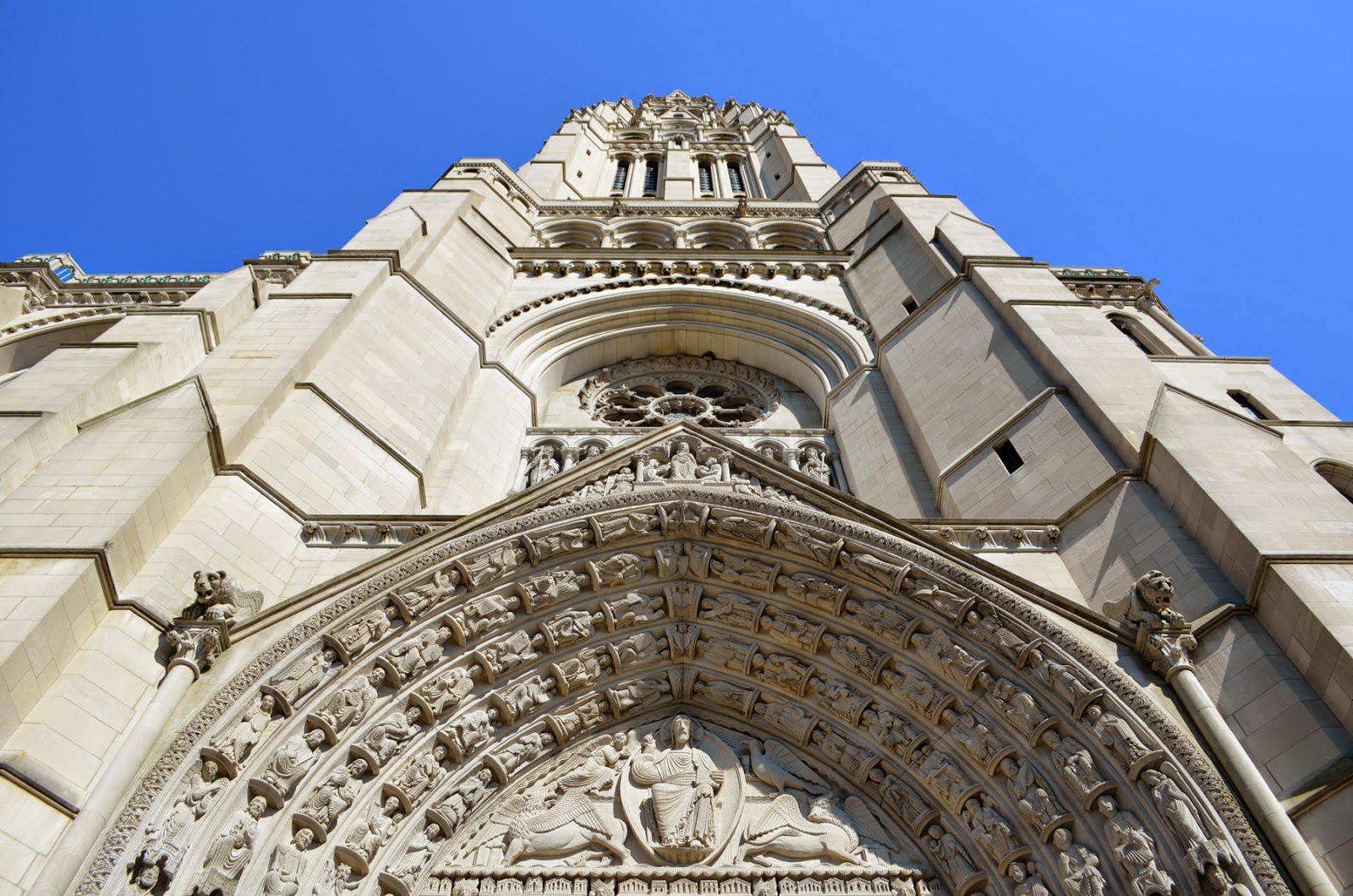 The building was added to the National Register of Historic Places in 2012, and, on certain days, is an amazing place for quiet and solitude. 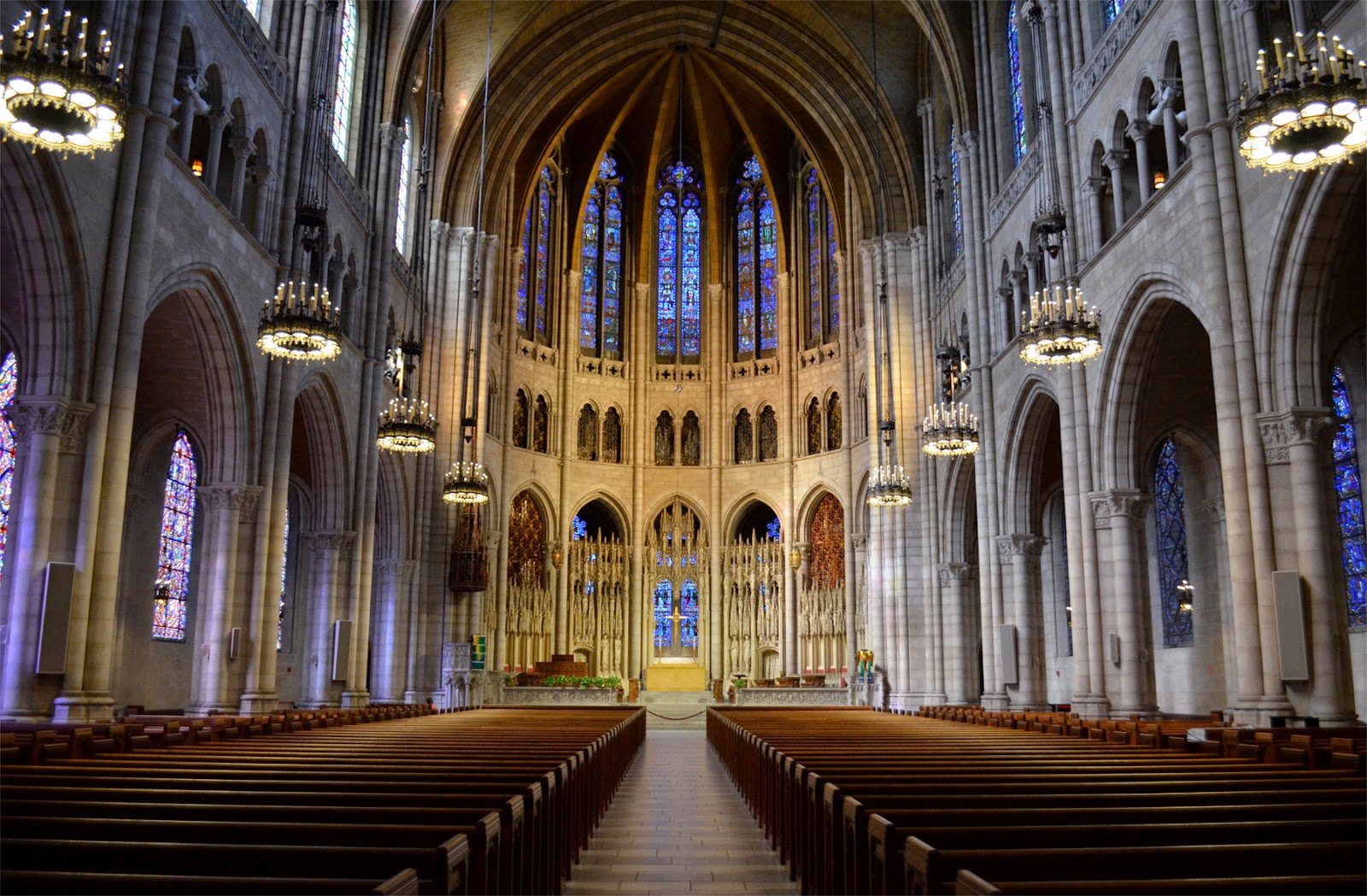 Before you head back home (or to your hotel), stop under the Riverside Drive Viaduct to see the remains of the old IRT 3rd Avenue Line from the late 1800s, which are found in front of a few restaurants on 12th Ave and St. Clair Place. 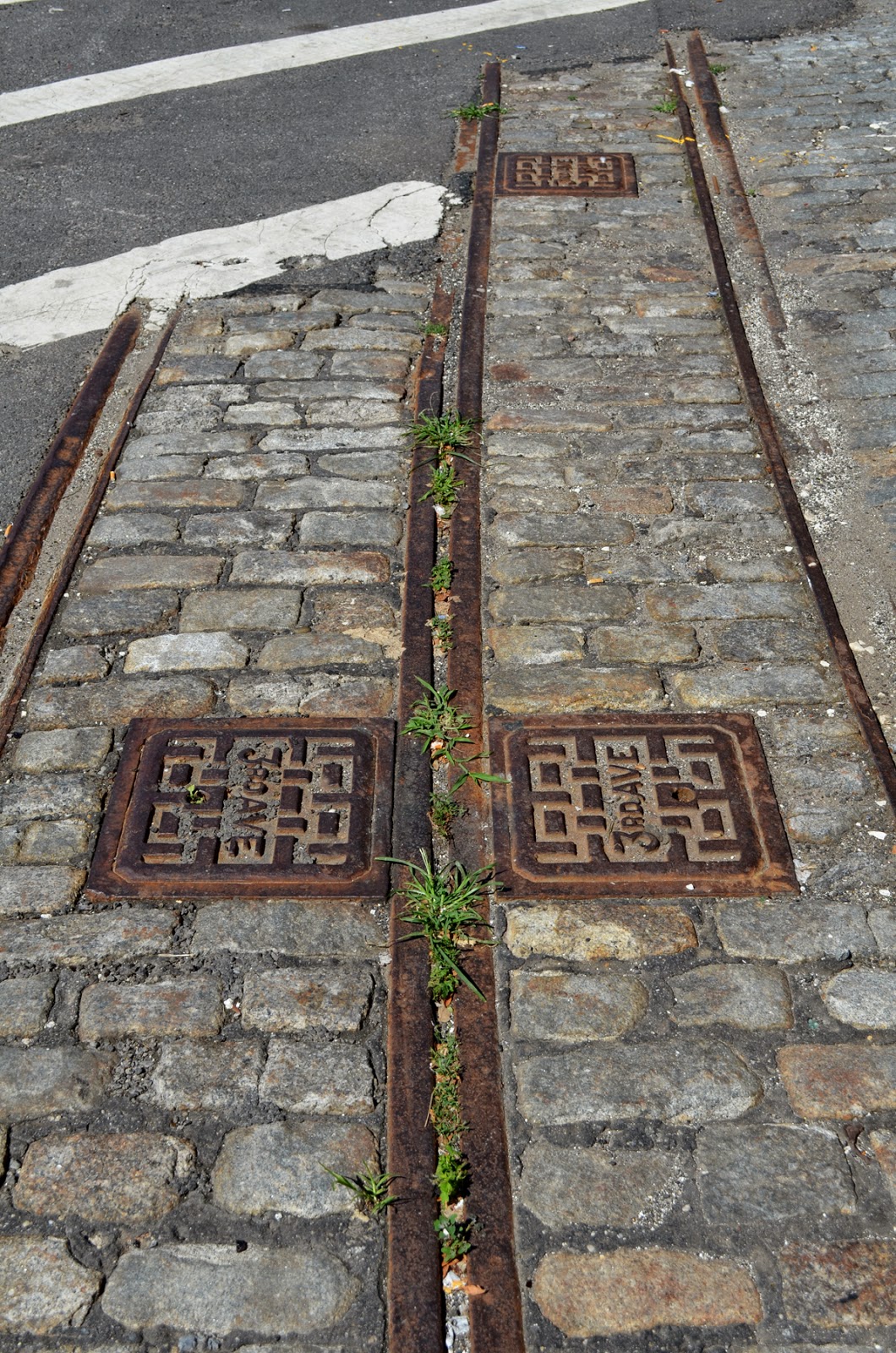 Then cross the street to see the legendary Cotton Club (which is still open), where jazz men like Cab Calloway and Duke Ellington used to bring the house down. Enjoy a drink, or see if one of the musicians are rolling one, because you probably walked a hell of a lot today.
Posted by A156