Queens has such an old, and large, cemetery, it stretches out over two neighborhoods (Maspeth and Woodside) in four sections. Established in 1848, after Old St. Patrick's Cathedral purchased the original 71 acres of land, Calvary Cemetery is now the resting place for three million Roman Catholics, on 365 acres. 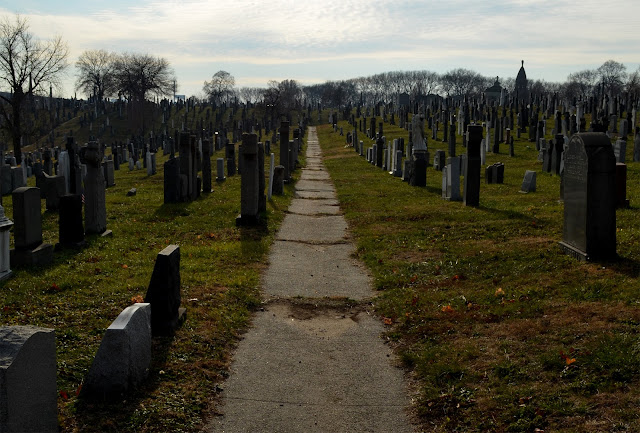 The oldest section is known as First Calvary (or Old Calvary), which is sandwiched between the Long Island Expressway and Review Avenue in Maspeth. It is most famous for the views of Manhattan, as well as being able to photograph tombstones, with dramatic buildings in the background. 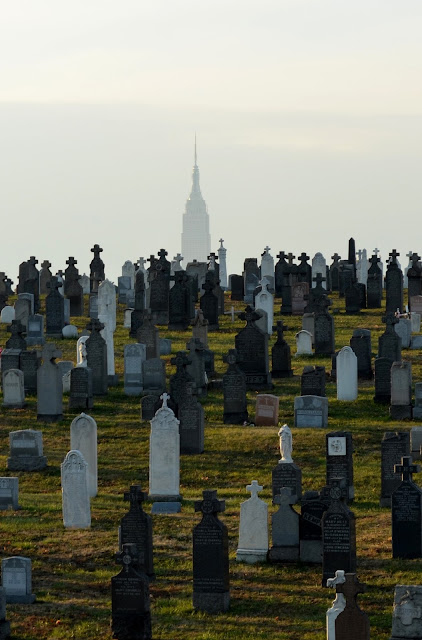 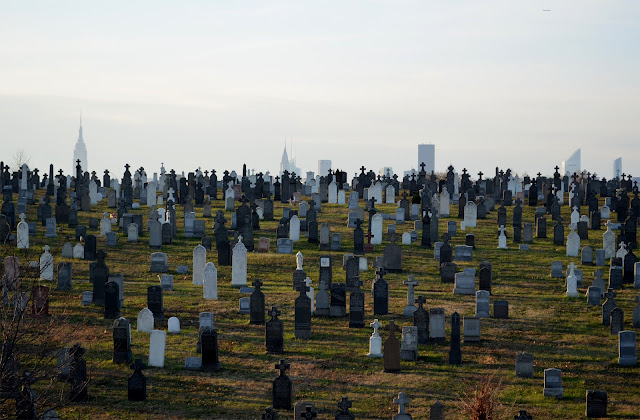 Esther Ennis, who was said to have died of a "broken heart", was the first to be buried there, on July 31 of 1848.  With interment only costing $7 (per adult), the graveyard was having close to fifty burials a day.
The site was once accessible by ferry from 23rd Street, but that stopped in the early 1900s, a little after moving it to 10th Street.
Noted graves here include that of Hall of Fame baseball player, Mickey Welch; the actress who played Aunt Jemima, Tess Gardella; composer, Joseph E. Howard; American Civil War officer and commander of the Irish Brigade, Richard Byrnes; NYC mayor, Hugh J. Grant; plus crime figures Ignatius "Lupo the Wolf" Lupo, and Benjamin "Lefty Two Guns" Ruggiero.
Within the cemetery is a small city park called Calvary Veterans Park, and it holds the Calvary Monument honoring the 69th Infantry Regiment of New York.
Movie buffs might like to scene-spot, when they find that Don Corleone's funeral in The Godfather was filmed in Old Calvary. So as not to seem highbrow, a scene in Zoolander was, too.
Though some may think me morbid, aside from the gravemarker/city photos one can take, I find a lot of this place to be rather photogenic. 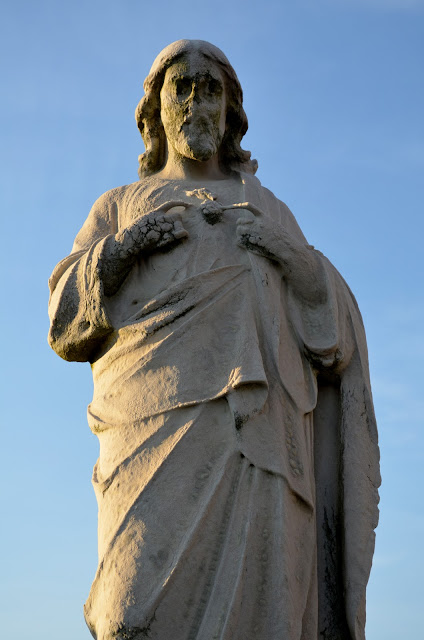 Old Calvary was full by 1867, and the Archdiocese of New York soon expanded the cemetery, adding more sections. While still in use today, Calvary only accepts immediate inhumation, and does not sell plots to those looking towards the future, so look elsewhere in advance, or write it up in your will.
Posted by A156