A Piece of the Berlin Wall

Manhattan is a place to find all things, so why not a piece of the Cold War?
This permanent, outdoor installation is five large sections of the Berlin Wall, tucked near a trendy and expensive eatery in Midtown Manhattan. 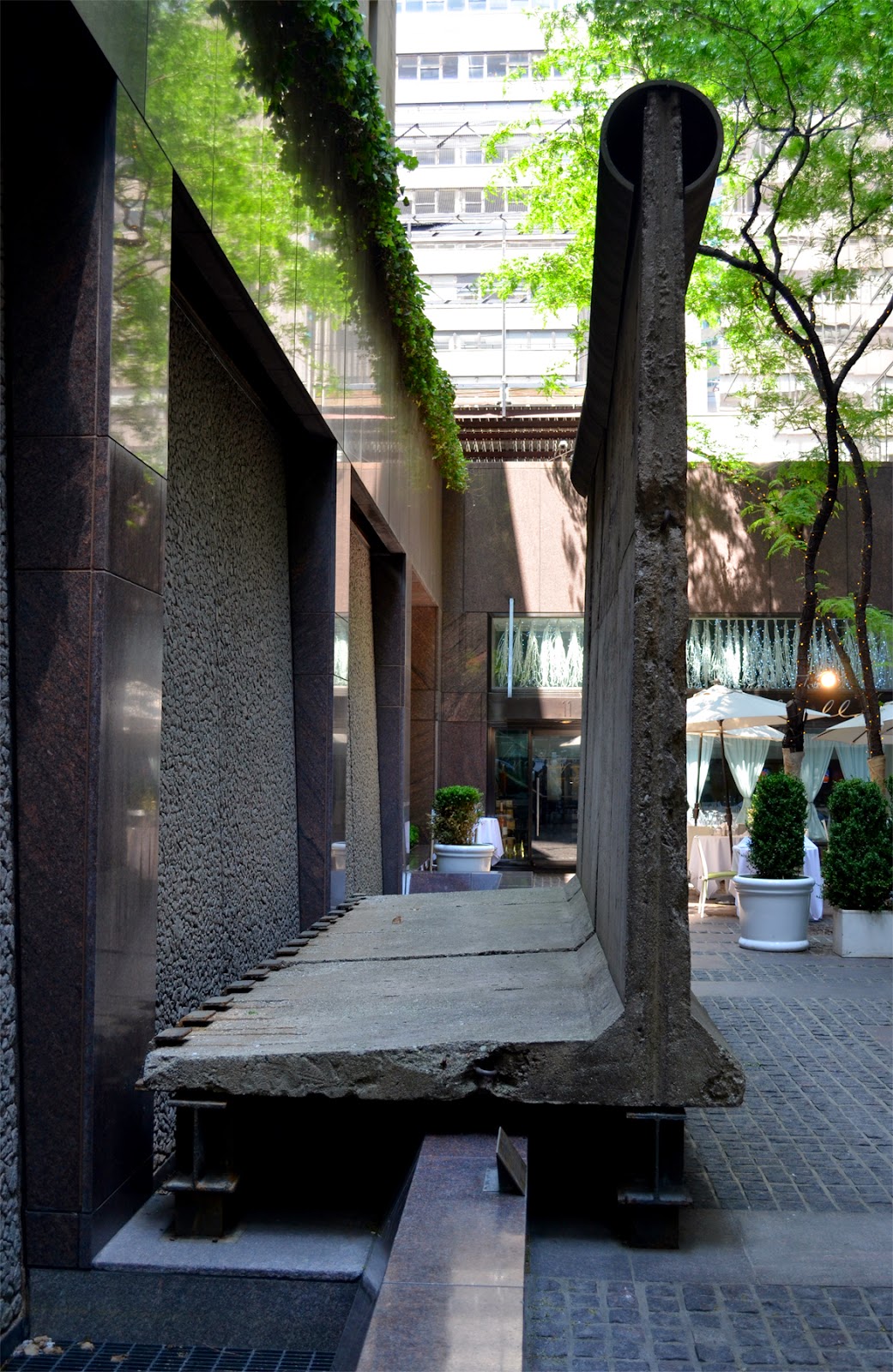 Though addressed to 520 Madison Avenue, this relic of Capitalism-vs-Communism is actually located in the courtyard of the Continental Illinois Building, which is on 53rd Street, between Madison and 5th Ave. 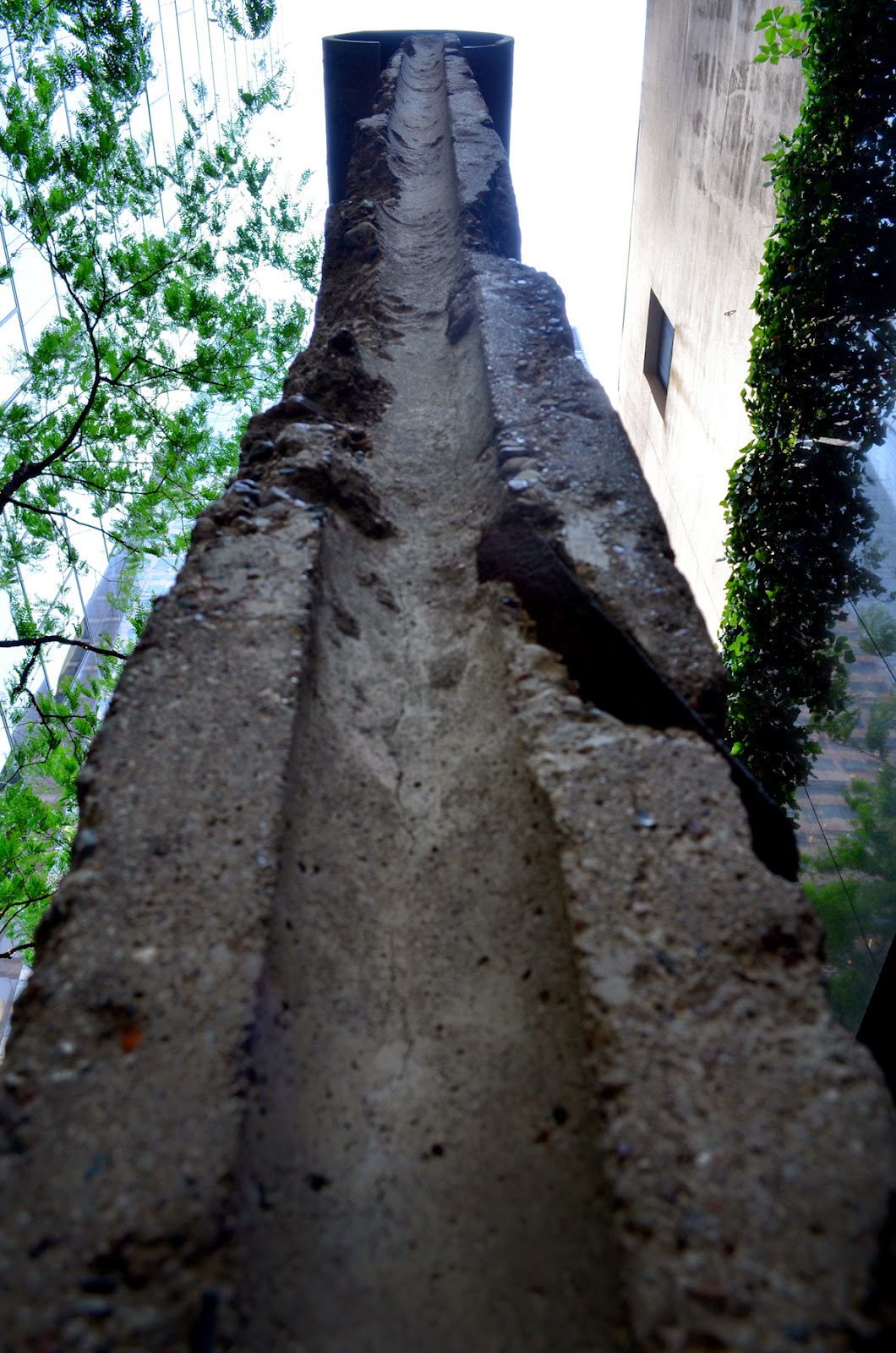 The West face of the wall (which now faces east) holds the work of German artists Thierry Noir and Kiddy Citny, while the East face is blank.
This section of the Wall was moved here in 1990, when it was sold by the former DMP to Jerry Speyer of Tishman Speyer, the real estate developer who owns the building. 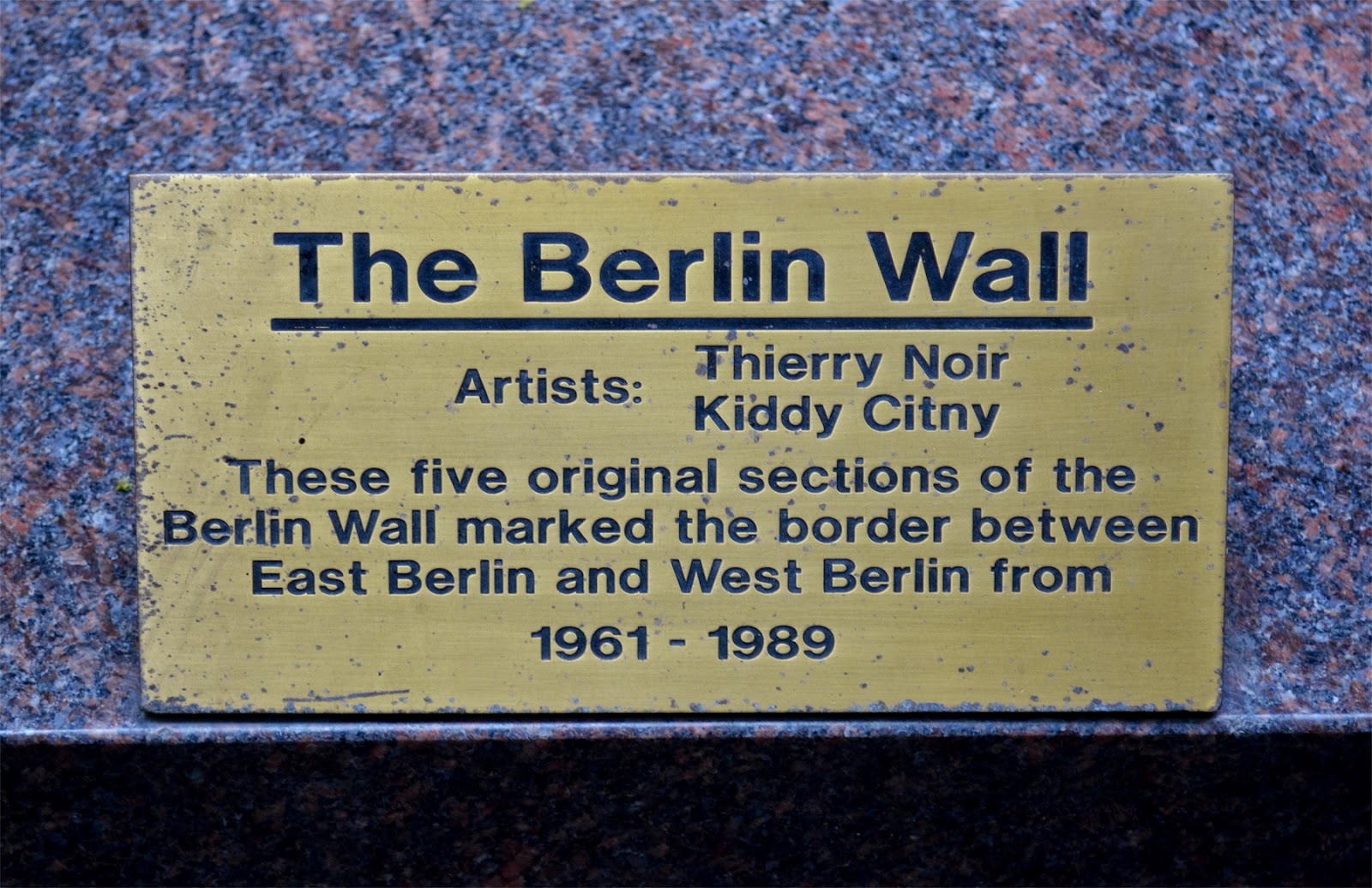 There are other pieces of the Berlin Wall in NYC, and they are located in the gardens of the United Nations headquarters, another at the marina of the World Financial Center, and a third at Ripley's Believe It or Not! Museum in Times Square, though I believe this one is the largest. 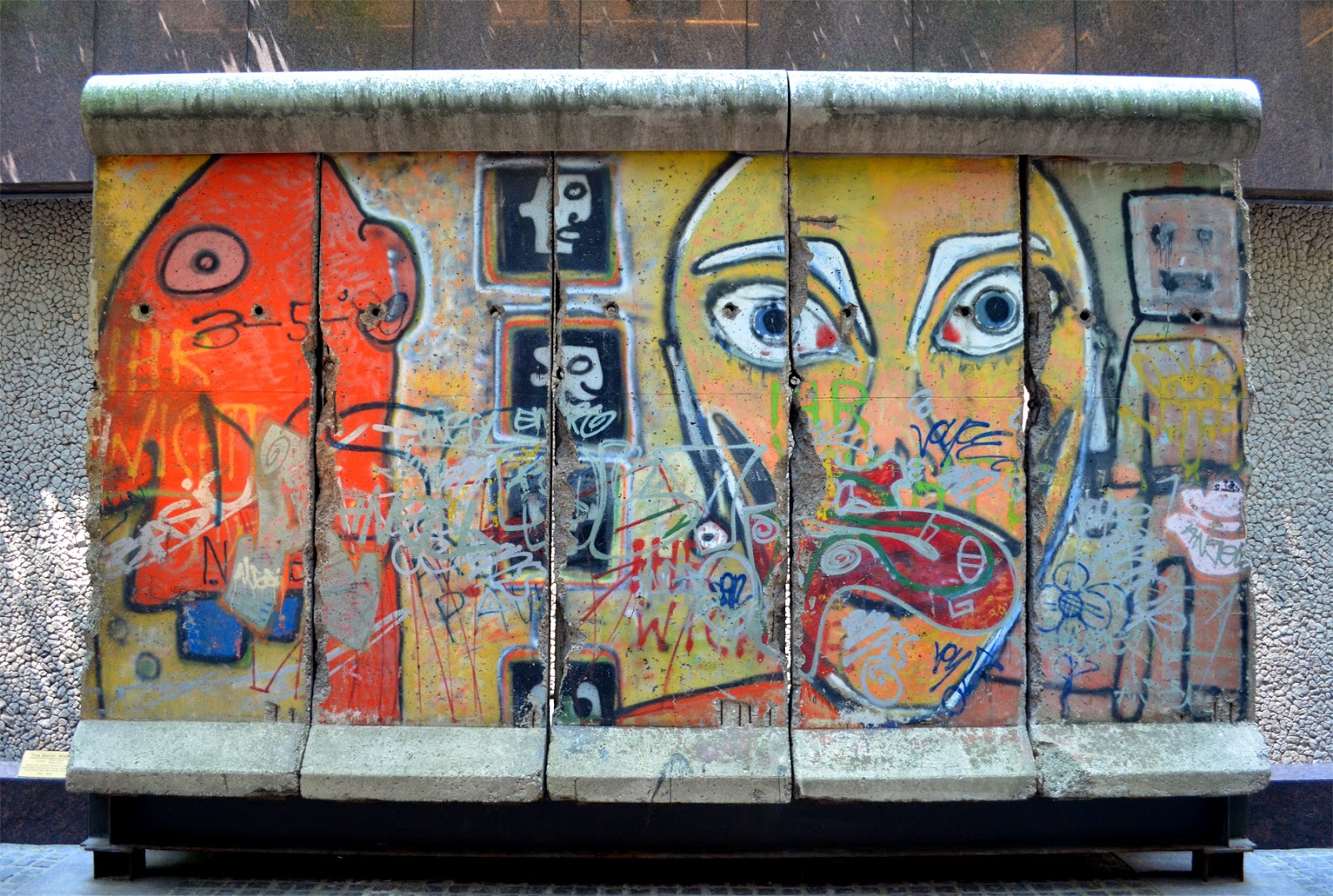 I recently learned that if you draw a line from the Washington Monument in D.C. to a specific obelisk in London, the line cuts right through Central Park - almost corner to corner. Strangely enough, London’s sister obelisk is also in Central Park (though a bit north of said line), and is called Cleopatra’s Needle.
Immediately after finding out about this, I had to visit - dragging along my camera.
Quick history: In 1450 BCE two 71-foot, 244-ton granite obelisks were commissioned for Heliopolis, Egypt. They were later moved to Alexandria in 18 BCE. One companion was moved to London in 1878, and the other - three years later - to Central Park, NY. It is the oldest, man-made object, outdoors in NYC, and though called Cleopatra’s Needle, has nothing to do with her, besides being Egyptian.
These are the photos I took on my walk over. 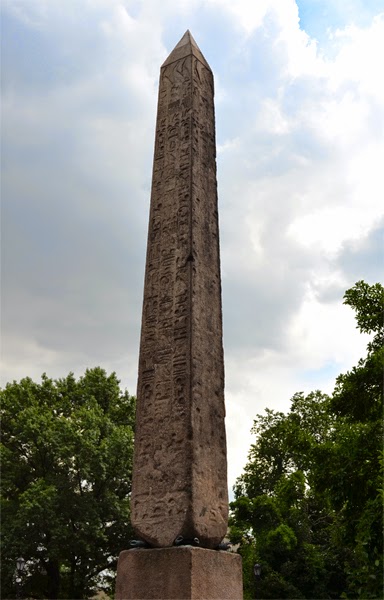 The obelisk is balanced on bronze crabs. The history of the obelisk is etched on all the crabs’ claws, in several languages. 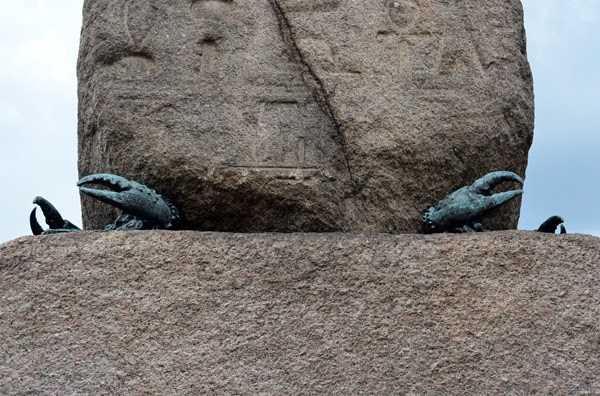 This is the south side of the obelisk, and translated it tells us of Horus, the hawk-headed child of Isis and Osiris. 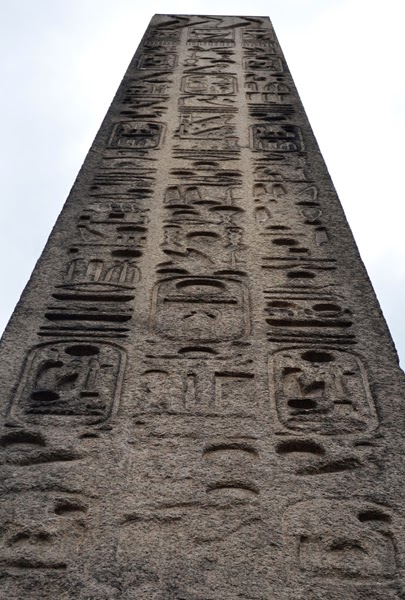 In other words, it’s a big penis, used to remind you of sex and death.
So, try to get a lot of one, and none of the other. 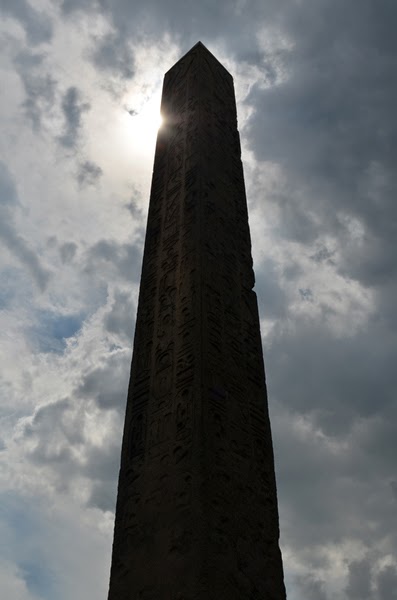